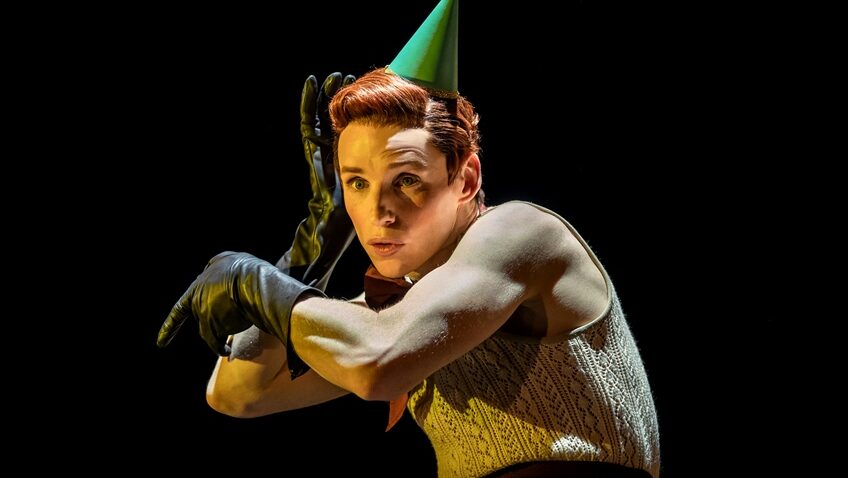 Robert Tanitch reviews Cabaret at The Playhouse in London

Willkommen. Bienvenu. Life is a cabaret, old chum. The Playhouse has been transformed into The Kit Kat Club, the Berlin transvestite nightclub, with audiences in the stalls sitting at cafe tables.

Sally Bowles, the star attraction at The Kit Kat Club, was based on the real-life Jean Ross and immortalised by Christopher Isherwood in Goodbye to Berlin (1939). She first appeared on stage in John Van Druten’s play, I Am a Camera (1951) when she was played by Julie Harris in New York and Dorothy Tutin in London.

The play led to Cabaret, a Broadway musical (1966) with a book by Joe Masteroff, music by John Kander and lyrics by Fred Ebb, starring Joel Grey, who also appeared in the Liza Minnelli/Bob Fosse Hollywood musical film (1968)

Rebecca Frecknall’s strident, vicious production, designed by Tom Scutt, is going to be a real eye-opener to those who only know Cabaret through the film. It owes nothing to the film.

The whole point about Sally Bowles is that she sang badly without any expression and unlike Minnelli, she was never going to be a star. She is played by Jessie Buckley for the unlovable mediocre chanteuse she is.

The gay American writer (Omari Douglas) who shares his room with her and fathers the child she aborts, is very loosely based on Isherwood, who did indeed sleep with Sally though he never had sex with her.

The Kit Kat Club and its sardonic, bawdy master of ceremonies, Emcee, are symbols for the tawdry decadent Berlin of the late Twenties and early Thirties. The rotating round stage is really very good for Julia Cheng’s brutal, energetic and vulgar choreography which owes nothing to Bob Fosse.

Lisa Sadovy and Elliot Levey are perfect as the elderly boarding house landlady and the elderly Jewish grocer she loves but dare not marry, two victims of the rise of Nazi Germany, heralded in the Third Reich hymn, Tomorrow Belongs to Me.

Cabaret is going to be high on any serious theatregoer’s list of must-see shows.