Home / LIFESTYLE / REVIEWS > / THEATRE REVIEWS / Sacré bleu! One of the great comedies is acted in French and English at the same time!

Sacré bleu! One of the great comedies is acted in French and English at the same time!

Tartuffe, much enjoyed by Louis XlV in 1664, was condemned by the Church and immediately banned. The Archbishop of Paris threatened to excommunicate anybody, who saw it. It did not get a public performance until 1669. 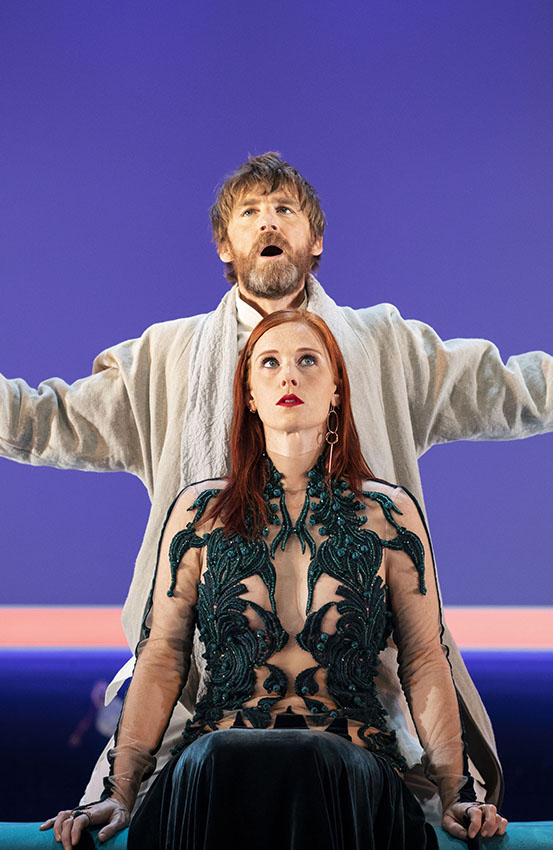 Christopher Hampton’s adaptation, directed by Gerald Garutti, is said to be the first-ever dual language theatre production and alternates distractingly between French and English. There are sur-titles in both languages.

The actors are very good. But I should have much preferred it to have seen it all in French or all in English in its correct period and in a better production.

Everybody, except Orgon and Orgon’s old mother, can see right through him; and none more vocally than his brother Cleante (Vincent Walterhalter), the voice of reason and moderation, and Dorine (Claude Perron), the all-licensed servant, the voice of common sense.

It is not until he actually witnesses Tartuffe making love to his wife (Audrey Fleurot) that he finally comes to his senses and realizes he is housing a fiend and not a saint.

The famous seduction scene, awkwardly staged and very artificial, is not played for farce and laughs. And as for the deus ex machine, he is turned into a cheap joke at Donald Trump’s expense.

The only time Moliere has really worked in modern dress was in John Dexter’s production of The Misanthrope with Alec McCowen and Diana Rigg and in a translation by Tony Harrison.

Tartuffe is advertised as running for a 10 week season which seems very brave for a bi-lingual play. A Frenchman in the audience assured me there were 60,000 bi-lingual Frenchmen in London. Bonne chance!