Home / SLIDER / “For me, theatre is above all the place for questions and not for answers” – F. Zeller 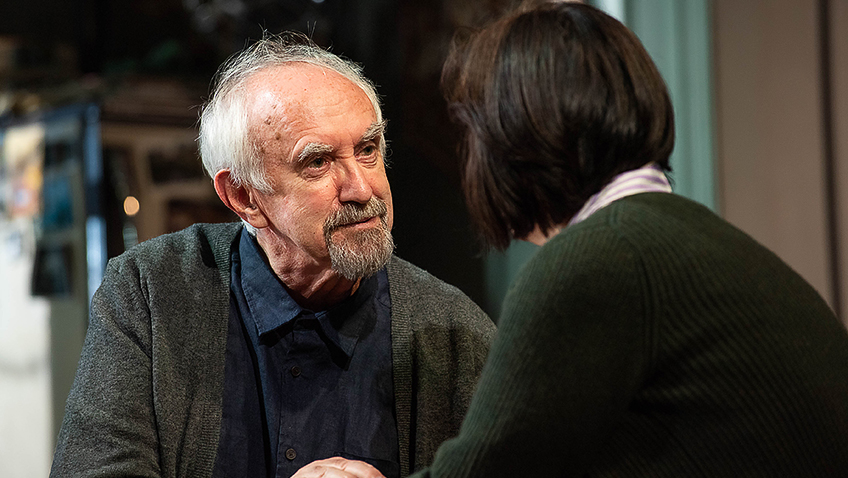 “For me, theatre is above all the place for questions and not for answers” – F. Zeller

Robert Tanitch reviews The Height of the Storm at Wyndham’s Theatre, London WC2

Florian Zeller, the multi-award winning French novelist and playwright, is having as big a success on the London stage as he is having on the Paris stage. He is the first French playwright since Jean Anouilh to do that. 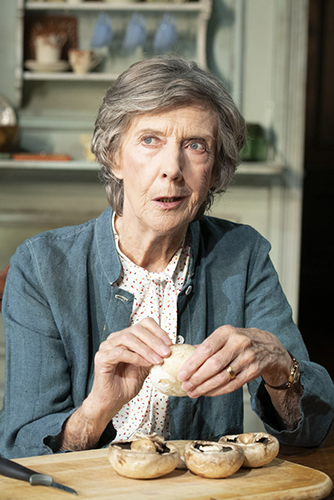 Eileen Atkins in The Height of the Storm

The Height of Storm is about love, dementia, death and grief. Jonathan Pryce and Eileen Atkins are excellent as an elderly couple who have been married for 50 years.

Zeller’s mysterious and moving 90-minute play, translated by Christopher Hampton and directed by Jonathan Kent, is going to intrigue and puzzle audiences as to what is actually going and even who is alive and who is dead.

You think people are dead but that is not always the case. It is difficult sometimes to know who is actually being talked about and to whom. “I’m still here,” says the old husband, when he is patently not.

Zeller believes the theatre is a place for questions, not answers, and constantly leaves the audience in doubt. And it is this uncertainty which makes his play so interesting. Just when you think you have cracked the puzzle, Zeller surprises with an unexpected entrance.

The husband worries that he will not be able to cope if his wife dies before him. His wife promises she will not die before him. They know of an elderly couple who committed suicide because they could not bear the idea of being parted by death.

Their grown-up children want to put their dad, who can no longer cope, into a home. Their mum tells them in no uncertain terms what they can do.

But just because dad is suffering from dementia it does not mean all the action is going on in his muddled mind. Zeller is more complex than that.

Since there is so much to work out whilst you are in the theatre and plenty to discuss when you come out of the theatre, I am certain there are going to be lots of people who will be eager to see the play again.

The Height of the Storm is that good.