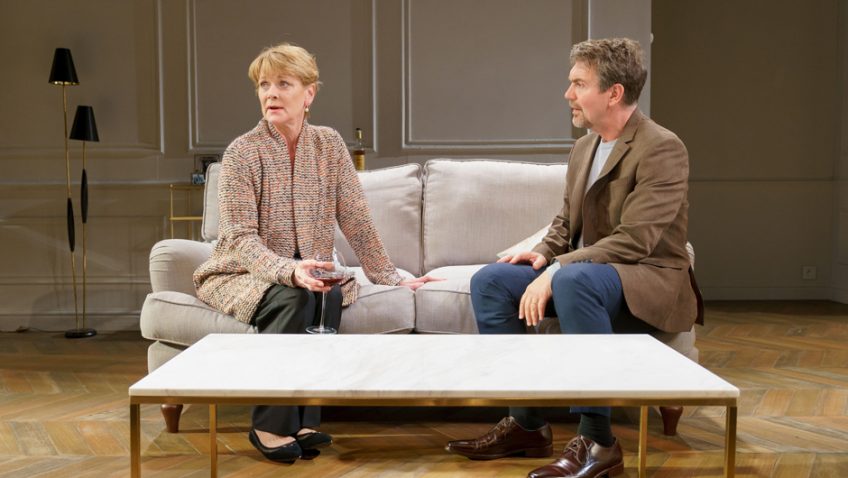 The Lie is a very enjoyable French comedy by Florian Zeller

Florian Zeller, the multi-award winning French novelist and playwright, is having as big a success on the London stage as he is having on the Paris stage.

Zeller can be deadly serious as in The Mother and its companion piece, The Father, two plays dealing with dementia.

He can also be very funny as in The Truth and its companion piece, The Lie. 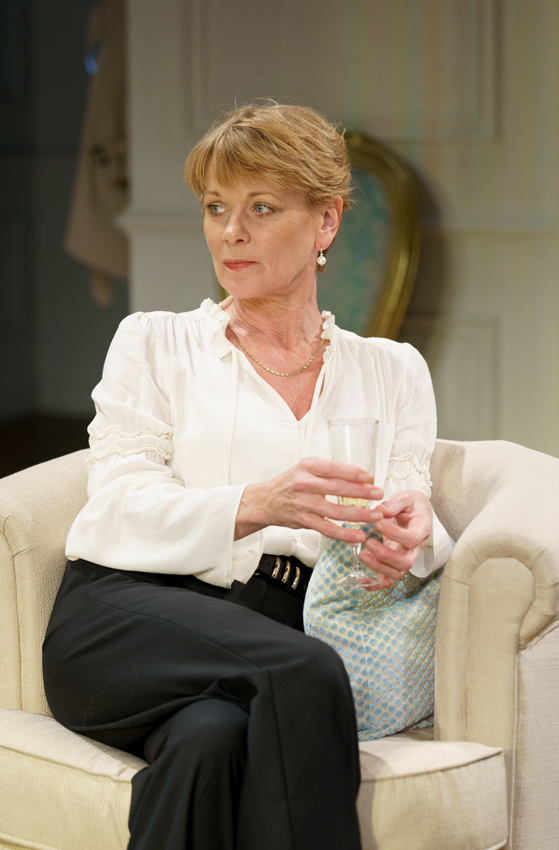 Samantha Bond in The Lie

The Lie is a typical French boulevard comedy, very French, very witty, very cynical and very chic. It is acted without interval and lasts 90 minutes. Once again the translation is by Christopher Hampton and the director is Lindsay Posner.

The Lie has the same characters as The Truth, even the same story; but it is told from a different point of view.

I think we will all agree there are times when it is better to lie than to tell the truth; and especially if you are cheating on your husband, your wife or your lover.

It would be really stupid in these circumstances to do something as crass as to tell the truth.

But what do you do if you know your best friend is being deceived? Should you tell them or say nothing? There are dangers either way. It could rebound on you.

The husband and wife here tell so many lies that it is impossible to keep up. The contradictions mount and mount until the audience doesn’t know where they are.

However, the moment anyone says, “Believe me!” you can be pretty certain they are lying through their teeth.

There is a neat coda after the curtain call which confirms what many people, without having seen The Truth, will have already thought.

Samantha Bond and Alexander Hanson, husband wife in real life, are skilful at High Comedy and play off each other beautifully. It would be great to see them in a comedy by Marivaux.