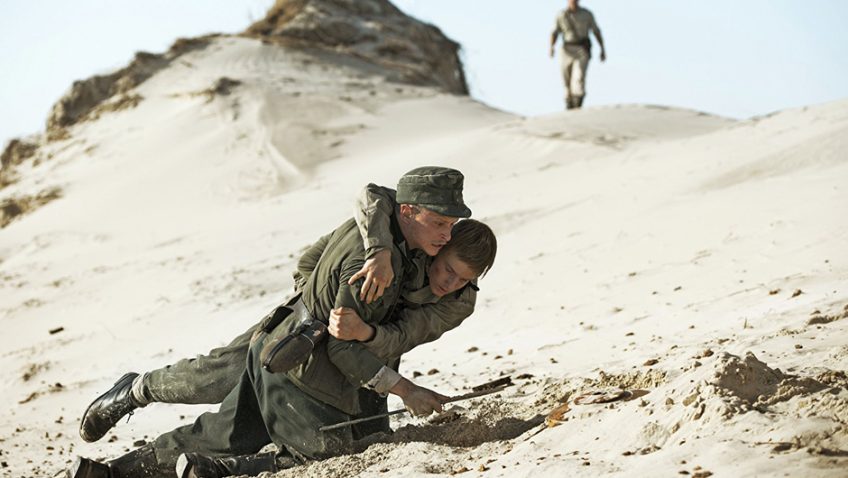 Land of Mine is major film about World War 2

Land of Mine (Thunderbird), a Danish/German production, directed by Martin Zandvliet is a major anti-war film, advocating compassion and forgiveness rather than revenge. It tells a little-known story, set in the immediate aftermath of World War 2, and deserves the widest audience. The Nazis buried 2.2 million mines in the beaches of Denmark.

The Danish government, going against the Geneva Convention, decide that captured German soldiers, many of them teenagers, should do the clean-up. (Out of the 2,000 employed, half died or were severely injured.) The suspense, the sheer stress, as we watch and wait for them to be blown-up, is enormous.

There is a powerful performance by Roland Møller as a brutal Danish sergeant in charge of the teenagers. Verbally and physically abusive, he lashes out in a frightening way, so deep is his hatred for what the Nazis did to Denmark. He does not care if the boys die. The film traces the very gradual change in his character. The photography is by Camilla Hjelm, Zandvliet’s wife.

It is not always easy to differentiate between fantasy and reality and by the time you get to the end of the film and look back you are less sure how much was real. Bunuel deliberately toys with the audience. He said the fantasies were real and the reality was fantasy.