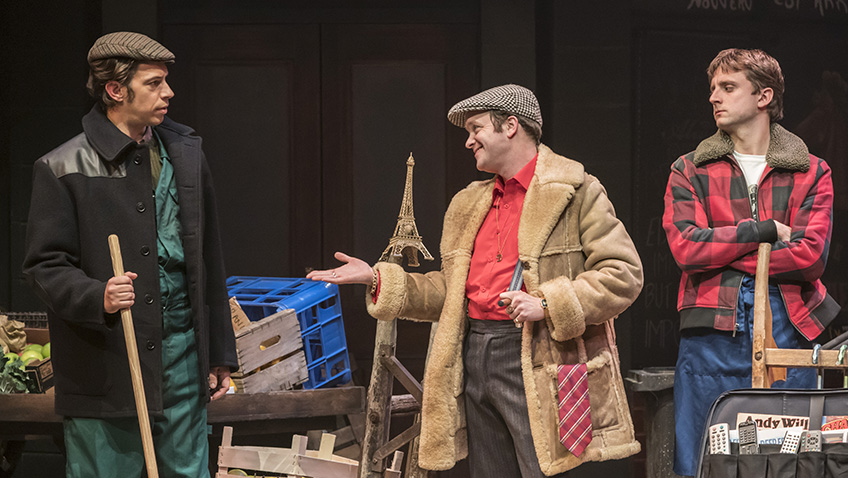 John Sullivan’s Only Fools and Horses, with David Jason and Nicholas Lyndhurst, ran for seven series from 1980 to 2000 and was one of Britain’s most popular comedies. The final episode of the 1996 Christmas trilogy, Time on Our Hands, was watched by over 24 million.

The witty dialogue was notable for its rhyming cockney slang, its garbled French phrases, its malapropisms (the best since Mrs Malaprop) and its invented words. Sullivan is quoted over 80 times in the Oxford English Dictionary. 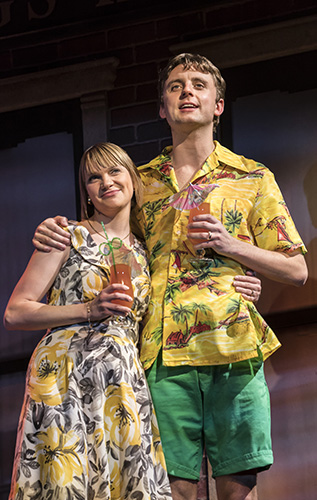 The leading character Derek Del Boy Trotter (created by David Jason and now played by Tom Bennett), wheels and deals in Peckham. He wants to get rich quick. Up to every scam and dodge, he will sell anything. This time next year (he always promises his younger brother, Rodney) we will be millionaires.

The series have now been turned into a musical. The book, lyrics and original score are by Paul Whitehouse and Jim Sullivan, son of John Sullivan. They are not trying to reinvent the series but rather to pay homage to it. The mood is nostalgic.

The show is aimed at those who loved the series and will want to revisit favourite moments such as Del Boy falling through the open flap of the bar and seeing the broken down Reliant van onstage.

But, if you are a fan, you will be wanting to know if the musical is lovely jubbly or jaffa? And the answer is that for much of the first act it felt like the latter. The rich array of supporting characters (such a feature of the series) presents problems of what to do with them, which are not solved; and as for the songs, they always feel added never integral.

I felt I was watching an old-fashioned British musical such as Joan Littlewood might have put on in her slice of cockney life productions at Stratford East in the 1960’s, something akin to Lionel Bart’s Fings Ain’t Wot They Used T’Be but without the bite.

Caroline Jay Ranger’s production does not come alive until Del Boy goes to a dating agency. The scene with the date agent and the scene in the restaurant with the date are the comic high spots.

Tom Bennett was wonderfully comic as a rich and very gauche blockhead in Love and Friendship, the film adaptation of Jane Austen’s Lady Susan. Here he is equally adroit with the sight gags, the garbled French phrases, the malapropisms and the music hall tap-dancing solo. He also has one of the better songs, Bit of a Sort. Bennett’s performance is the thing I enjoyed most.

Ryan Hutton makes his professional debut as Rodney Trotter, the role Nicholas Lyndhurst created. Paul Whitehouse brings a touch of pathos to granddad. Peter Baker’s lugubrious Trigger looks so like Roger Lloyd Pack you wish he had more to do.

Only Fools and Horses is strictly for TV fans and if you have never seen it on TV, there is absolutely no sense in your spending an arm and a leg to see this pointless musical version. Watch the real thing on DVD. 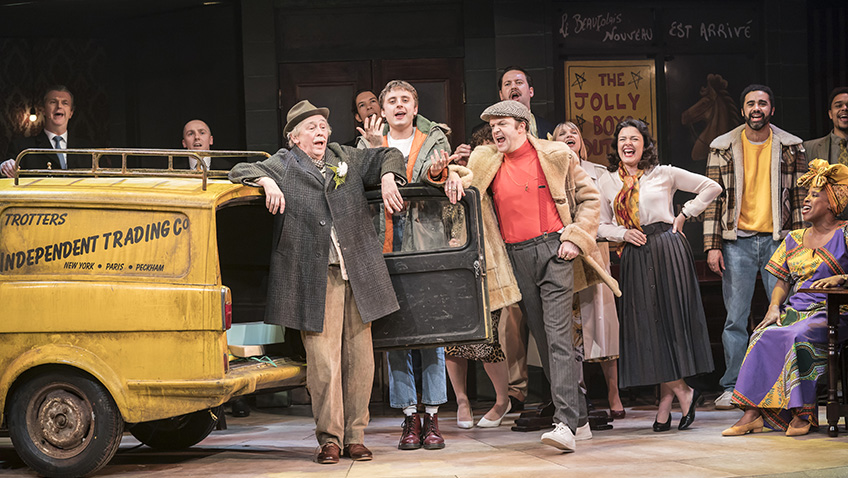 Cast of Only Fools and Horses The Musical