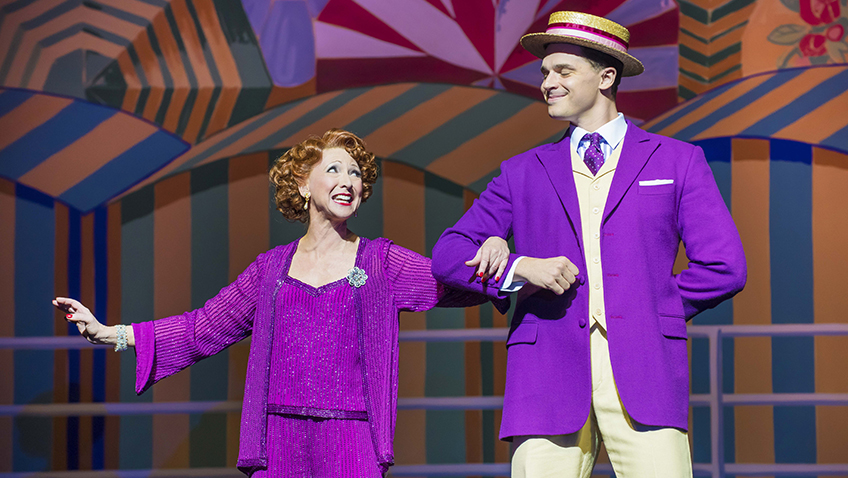 42nd Street is the prototype for all backstage Broadway musical films. The raw kid in the chorus line takes over from the leading lady when she breaks her leg and becomes an instant star.

The film’s premiere in 1933 coincided with the inauguration of President Franklin D Roosevelt and the storyline has to be seen within the context of the Great Depression. The show has to go on. If the show does not go on, everybody will be destitute and queuing in the breadline. The film was immensely popular in its day precisely because it sent out such a positive signal in difficult times.

42nd Street, the stage musical, billed as a song and dance extravaganza, premiered in 1980. Its success was due to the production and choreography of Gower Champion who died on the day it opened. His death was announced by the producer David Merrick at the end of the curtain calls, thus ensuring massive press coverage for the show. 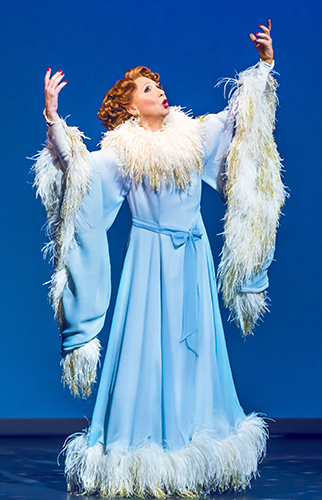 The show ran for 8 years. The production came to Drury Lane in 1984. The book by Michael Stewart and Mark Bramble is a hymn to show business and manages to be a parody of the genre and the real thing at one and the same time.

42nd Street is pure escapism . The songs by Harry Warren and Al Dubin include such iconic numbers as “We’re in the Money”, “Lullaby of Broadway”, “I Only Have Eyes For You” and “42nd Street.”

The production, which begins with the curtain rising very slowly on a long line of tapping feet, never lets up. It is constantly on the move. The dance numbers pay tribute to the great choreographer Busby Berkeley who had made his debut in the 42nd Street film.

“Sunny Side to Every Situation”, the dressing-room number, is on three levels and lit with mathematical precision. The naked bulbs of the mirrors flick on and off, picking out the individual members of the chorus.

“Dames” is witty pastiche Busby Berkeley. A huge tilted mirror above the dancers enables the audience to see his archetypal geometrics clearly.

The actual “42nd Street” number, with 40 dancers tapping away on a huge lighted staircase surrounded by neon signs of 1933 Broadway theatres and their shows, is spectacular. It is the sheer number of dancers on stage and the amplified sound of the dancing feet which make it so terrific.

Douglas W. Schmidt’s sets and Roger Kirk’s costumes give the show its colourful glitz and Mark Gramble’s no-expenses-barred production, which opened in April last year, has lost none of its verve and efficiency.

I still have vivid memories of Bonnie Langford when she was a child actor in Stephen Sondheim’s Gypsy, starring Angela Lansbury. She stopped the show with her performance of the obnoxious and nauseatingly precocious Baby June.

Langford is playing the unpleasant leading lady who breaks her leg. Her singing of “I Only Have Eyes For You” is one of the high spots. 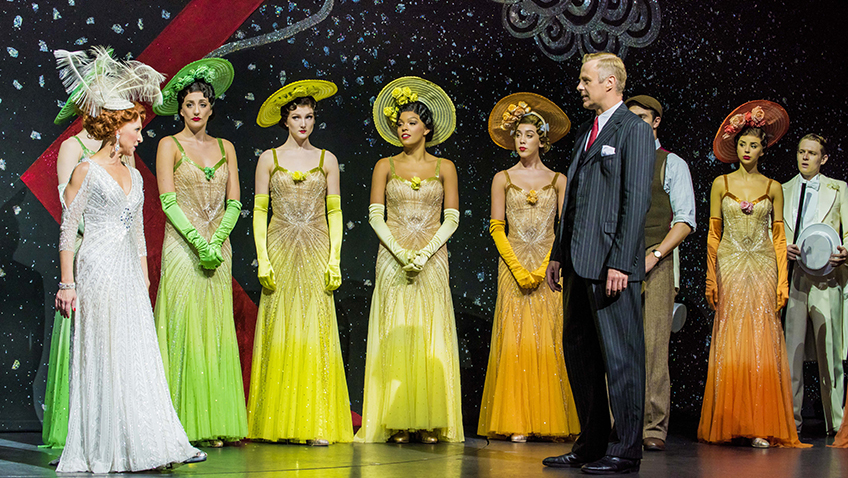 Clare Halse is the chorus girl who gets the leading role. Tom Lister is the bully director and he delivers the immortal line, “You’re going out a youngster but you’ve got to come back a star!” Ashley Day is the leading man. Halse and Day are excellent tap dancers.

Tap dancing, a cultural product of the slave trade, which derived from Irish jigs and Lancashire clog dances, became truly popular in America in the mid-19th century through minstrel shows. The African-American dancer William Henry Lane was a key figure in its modern development in the 1840’s and won rave reviews from Charles Dickens.

In the 20th century tap dancing flourished in the Hollywood musical. Who can forget Bill Robinson in the 1935 Shirley Temple film, The Little Colonel, tapping up and down a staircase in a family home, Fred Astaire and Eleanor Powell dancing in Broadway Melody of 1940 and Gene Kelly dancing and singing in the rain in 1950?

And then there were the absolutely amazing and wonderful Nicholas Brothers in the 1943 Stormy Weather, leaping and jumping and doing the splits and rising from the floor in one clean movement.

42nd Street never stops tap dancing and it is the fantastic tap dancing at exhausting speed which makes this affectionate and nostalgic production so very enjoyable.