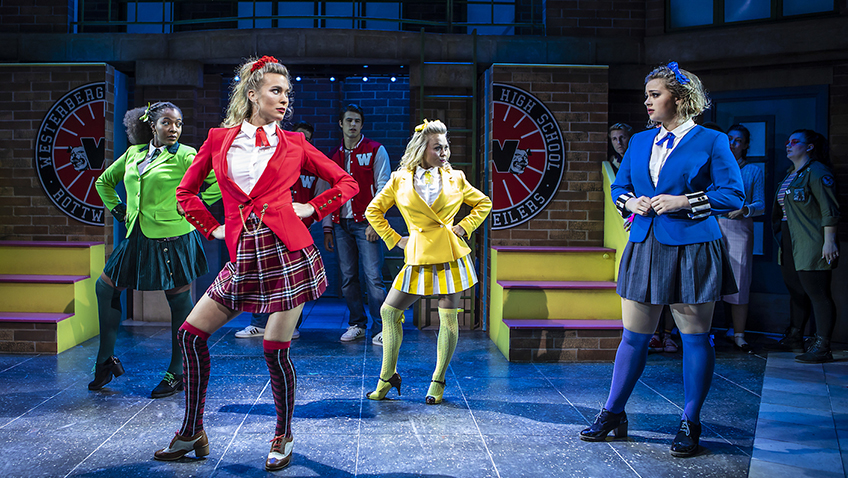 Heathers, starring Winona Ryder and Christian Slater and famed for its bleak bad taste, initially failed at the box-office in 1989 but then went on to be a cult success with teenagers and people in their twenties.

The ultimate high school movie of the 1980s, written by Daniel Waters, has now been turned into a rock musical with book music and lyrics by Kevin Murphy and Laurence O’Keefe. 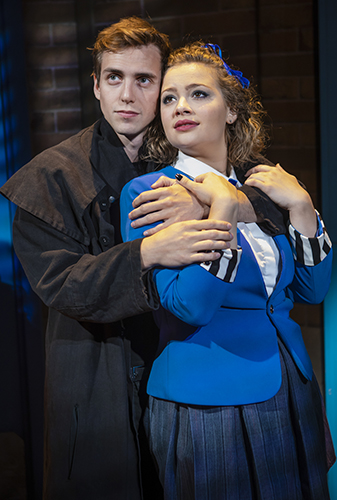 A major surprise is that a rock musical is at Theatre Royal, Haymarket, long celebrated for its quality in new plays and classical revivals and the acting by some of the most famous actors of the day.

The musical’s energetic production is by Andy Fickman and his choreographer Gary Lloyd.

Everybody on stage is screaming and nearly everybody in an auditorium, which is filled with young women, is screaming. The noise is deafening, not good for either the lyrics or the ears.

Whoever said schooldays were the happiest days of our lives must have been lying. And things seem only to have got worse. Peer pressure is enormous. Cyber bullying is the norm. Bulimia and suicide are rife. In America there have been numerous shootings since the Columbine High School massacre in Colorado.

The Heathers are an exclusive club of three female bullies and all called Heather. Veronica (Carrie Hope Fletcher) wants to join the clique but when she is rebuffed and humiliated she decides instead to murder their megabitch leader (Jodie Steele).

In this she is helped by her psychotic boy friend (Jamie Muscato) who has a nice sly smile and quotes Baudelaire and Sylvia Plath.

He also kills two male homophobic bullies and forges a suicide note in which they admit they made a suicide pact because they loved each other. The audience, amused and thrilled by their dad’s unexpected positive reaction to this confession, cheered loudly.

My guess is that Heathers is going to be very popular with audiences, especially young women, who go to concerts rather than theatres. Carpe diem, girls!