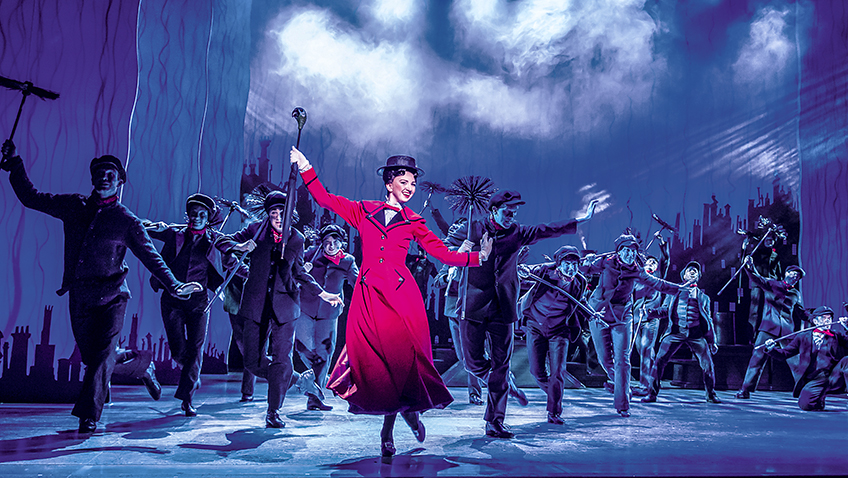 Mary Poppins, the musical based on the stories of P. L. Travers and the original Walt Disney film, is now back at the London theatre where it premiered in 2004.

The team is the same: Cameron Mackintosh is the producer, Richard Eyre is the director, Matthew Bourne is the choreographer and Bob Crowley is the designer.

The songs are by George Stiles and Anthony Drewe and seamlessly introduced to fit in with the original songs Richard M. Sherman and Robert B. Sherman wrote for the 1964 movie. 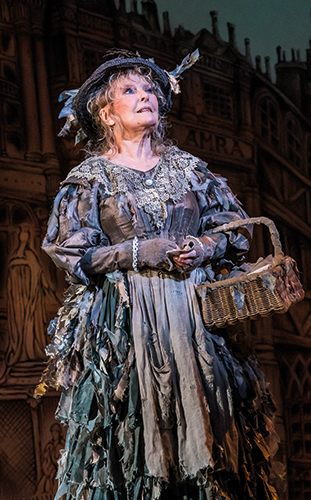 It’s a perfect musical for the whole family. The book is by Julian Fellowes.

Two rich children, living in Edwardian London, wish for a nanny of cheery disposition, rosy cheeks, kind, very sweet, fairly pretty and one who will give them treats and sing songs.

They get Mary Poppins, vain, officious, subversive and slightly scary, but eminently practical. Prim and proper, she can do anything with spoonful of sugar. She is a great teacher of family values.

Zizi Strallen’s nanny-knows-best is a delight, practically perfect in every way, as actor, as singer and as dancer.

Charlie Stemp, a charmer, so good in Half-a-Sixpence, is Bert, her best friend, a street artist and chimney sweep, Stemp has his wow moment when he goes for it over the rooftops and does a Fred Astaire and taps his way up a proscenium arch, round the top (upside down) and down the other side.

Bob Crowley’s set gives the family a versatile doll’s house which rises and falls to reveal ground floor, attic and roof. Daddy’s workplace, a bank, is particularly striking with its huge Luxor-like pillars.

The production is well cast. Joseph Millson is the banker father and Amy Griffiths is his wife. She is no longer a suffragette, one of the additions that Travers didn’t like at all about the movie. Claire Machin is the cook. Eight youngsters alternate the two children. I saw Nuala Peberdy and Fred Wilcox.

The production’s most affecting scenes are those brief moments in which the 86-year-old Petula Clark appears as the Bird Woman. The most magical moment comes right at the end when Zizi Strallen flies over the auditorium and up into a star-spattered sky.

The big show-stopping number is the fast-tapping Step in Time, choreographed by Matthew Bourne and Stephen Mear for the chimneysweeps and danced with terrific brio by the whole company led by Charlie Stemp.