Home / SLIDER / Half a Sixpence is the flash, bang, wallop musical 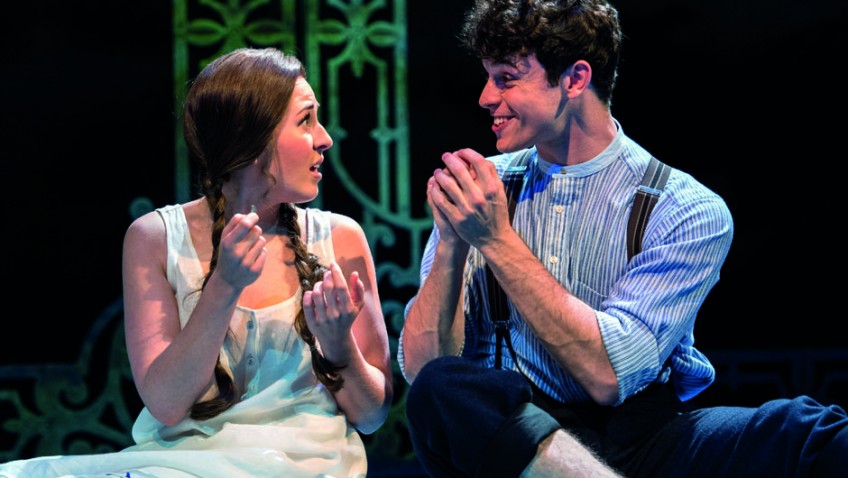 Half a Sixpence is the flash, bang, wallop musical

H G Wells’ Kipps was already a period piece when published in 1905. Set in Victorian England, the novel is a comic parable, a satire on snobbery and social pretensions.

Kipps is the story of a simple soul, a draper’s assistant who inherits a fortune for which he is socially ill equipped. Charlie Stemp & the Company in Half a Sixpence

Wells, a life-long socialist, had been a draper’s assistant in his youth and the novel gives a vivid description of his drudgery.

Arthur Kipps is in love with two young women: his working class childhood sweetheart and an upper class gal. He very nearly marries the wrong one.

His accent, pronunciation, vocabulary and gauche behaviour will always get in the way of his social mobility and acceptance

The novel was adapted for the stage in 1912, filmed in 1941 with Michael Redgrave and turned into a musical by Beverley Cross and David Henneker in 1963.

Half A Sixpence was never that good, but it was good for Tommy Steele who had a big success with it in London and in New York in 1965 and on film in 1967

The show has been given a face lift by Julian Fellowes, who has written a new book, and by George Stiles and Anthony Drewe who provide 7 new songs, including the show-stopping “Pick Out A Simple Tune” (with banjo). There are now perhaps too many songs.

Half A Sixpence still feels very old-fashioned. I have not read Wells’ novel for a very long time but I do not remember Kipps being patronised in quite such a squirm-making manner on the printed page as he is here on the stage.

Rachel Kavanaugh’s production, choreographed by Andrew Wright and prettily designed by Paul Brown, is very efficient and lively but looks overcrowded on the Noel Coward stage

The show’s big success is 22-year-old Charlie Stemp who has gone straight from the chorus in Wicked to playing Arthur Kipps, a massive leading role.

Stemp can act, sing and dance and does so with consider brio and charm. Stemp’s likeable performance must surely win him the Best Newcomer Award.

Half A Sixpence builds to a standing ovation with a “Flash, Bang, Wallop” knees-up finale and the dancing curtain calls which immediately follow.