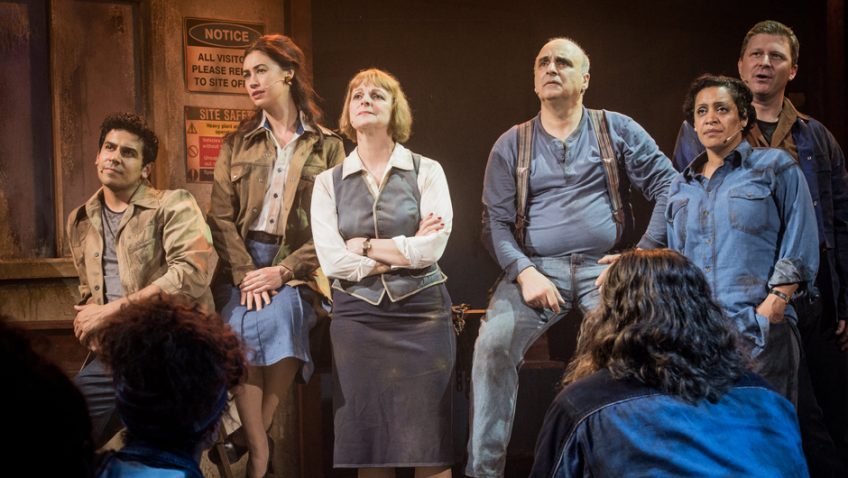 In 1977 Stephen Schwartz and Nina Faso turned the interviews into a musical, which has been constantly rewritten ever since.

The 90 minute show is a mixture of songs and monologues to music in a variety of styles offering slices of life, humdrum lives, proud lives, jobs well done.

There are regrets too, of course, along the lines of “I could have done something with my life.”

Luke Sheppard’s production gets off to a good start with Schwartz’s “All the Livelong Day and. there is much to enjoy throughout, including two songs by Lin-Manuel Miranda: “Delivery” and “A Very Good Day.”

There are six main actors who play all the roles between them. Gillian Bevan is a schoolteacher feeling out of touch and a waitress who turns waiting into Art. Dean Chisnall is a trucker and Krysten Cummings is a housewife. Craig Carnelia’s “Just a Housewife” is one of the high spots of the evening.

Peter Polycarpou is a dad who wants a better life for his son. Schwartz’s “Fathers and Sons” is another high spot. Liam Tamne plays a variety of comedy roles and is very funny in all of them.

The cast also includes six recently music theatre graduates whose choreographed movement illustrates the songs and monologues, sometimes so intrusively that the lyrics and words are lost in all the frenzied activity created by Fabian Aloise.

Working is a paean to the dignity of labour. The next time you admire a building, a cathedral, a bridge and a highway, it asks you to think about the un-named workers who actually built them.