Home / LIFESTYLE / REVIEWS > / THEATRE REVIEWS / He said. She Said. But what actually happened? Was it consensual or was it rape? 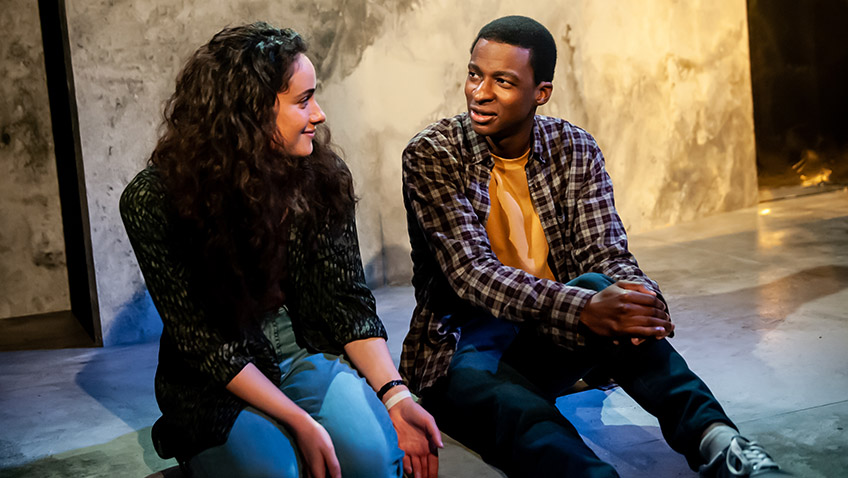 He said. She Said. But what actually happened? Was it consensual or was it rape?

Anna Ziegler is an American playwright and my guess is that her topical two-hander is going to be very popular and will be regularly performed, especially at university campuses round the world.

Ziegler is the author of Photograph 51, a portrait of Rosalind Franklin, the woman who cracked DNA, which was seen in London in 2015 with Nicole Kidman in the lead role. 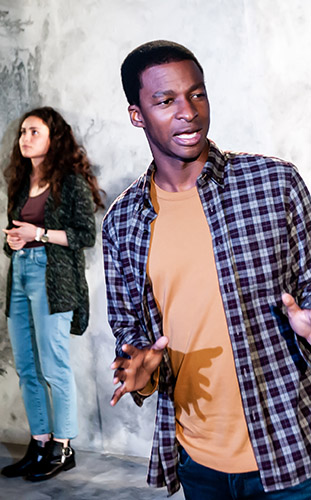 Actually, which lasts 90 minutes and is directed by Oscar Toeman, is in the main a series of monologues spoken directly to the audience.

Amber (Yasmin Paige) and Tom (Simon Manyonda), two Princeton freshmen meet. She’s Jewish. He’s African-American. She is rich. He is poor. They party and get drunk. They have sex. She reports him to the university authorities. She says he raped her. He says it was consensual.

Who is telling the truth?

Tom’s studying music. He plays the piano. He loves Bartok and Mozart. He is arrogant yet insecure. He has spent his life trying to fit. On his own admission, he’s a womaniser. Manyonda is charismatic.

Amber is studying English and under peer pressure to have sex. She is shy and a bit nervous; which means she never stops talking There are times when you just long for her to shut up.

They appear before a university panel of three – it’s a hearing, not a trial – and, unlike a court of law with a jury of twelve, the trio make their judgement on “the preponderance of evidence” rather than on a “beyond a reasonable doubt” premise.

Amber and Tom give their version of what happened but what actually happened is murky. What chance has Tom of defending himself? The answer is very little. But there are no winners. Both lose out.

There is a lot to talk about on coming out of the theatre. What is consent? Silence is not consent. At what point does sex cease to be consensual?

I shall be very surprised if Anna Ziegler with Actually does not have the sort of success David Mamet had with Oleanna.