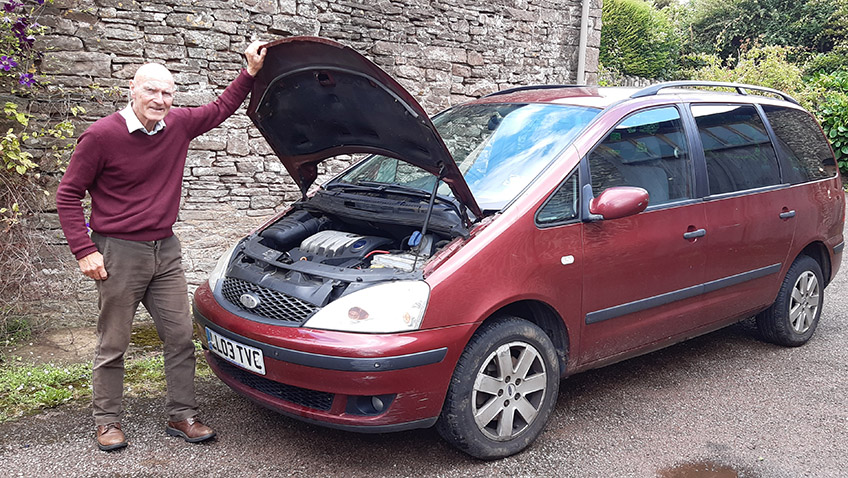 “Have you got the Brittany Ferry tickets?” my wife Jenny asked as we were coming to the end of our mid-morning packing to return to our holiday home in Northern France.

Yes. I did but when I got them out and looked at them – catastrophe – they were for today’s early morning sailing from Portsmouth to Caen Oustram and not for our normal night crossing!

Luckily there was no problem because a quick phone call to my favourite ferry company and we were booked on that evening’s crossing but that was not to be the last of our travel troubles.

For there were tell-tale signs of diesel on the gravel after I’d reversed my trusty ten- year-old Ford Galaxy a few feet as we were about to leave our friends Derek and Gale’s house the following afternoon.

We’d called in to deliver a large pork pie, a delicacy not readily available in this quiet corner of northern France, which we’d brought out from home as a gift.

Our Galaxy or “the Gal” as she is affectionately known in the family, had never let us down in all the years we’d been travelling out to our holiday home in nearby Lassay Les Chateaux, a Petit Cite de Caractere in the area known as Pays de Loir.

She is our workhorse with loads of room for all the stuff, including a claw foot bath which we brought out from our home in Wales during the three years we were renovating the property.

More graphic proof that the Gal was in trouble became glaringly obvious from the trail of large spots left all along the narrow lane leading to our house behind the village square.

Following our annual tradition, we’d come over to France for Fete National, the big national celebration held every July 14th to celebrate the storming of the Bastille during the French Revolution.

So, after unloading our luggage, I drove the Gal to a nearby public car park from where she could be collected by a breakdown truck after the weekend celebrations because this was Friday afternoon and there was no way any garage would be open for business before Monday morning.

Lassay les Chateaux really pushes out the boat for Fete National with a giant bric-a-brac sale of villager’s unwanted household goods displayed on hundreds of stalls, followed by entertainments in the square, the nearby rose garden and other community spaces.

All had been arranged by my European breakdown service, whose operatives all spoke excellent English and as the Gal was driven slowly up the recovery vehicle’s now sloping flat-bed, I could see the diesel dripping out and forming a rivulet down its metal surface.

I hopped in beside the driver and off we went on this gloriously summer morning but when we arrived at the garage and the Gal had been deposited on the forecourt, it soon became clear there had been a mix up in communications and this garage was too busy to look at her!

By this time the recovery vehicle had made off leaving me and my Gal stranded in Ambrier and then I realised that the European Breakdown Service telephone number was at home and not on my phone!

I called my wife Jenny for the number and just managed to scribble it on the back of a business card using a long-discarded pen I luckily found in the glove box.

Thirty minutes later an arranged taxi turned up to take me back to Lassay and another recovery vehicle arrived to ferry the Gal off to another garage, this time in the nearby town of Mayenne.

But the downside was that they would not be able to diagnose the cause of the problem until later on Tuesday afternoon so two whole days would have been lost and we were due to drive home from Caen-Oustram to Portsmouth on Friday afternoon!!!

With lots of work to do in our garden, tackling a particularly rampant Wisteria and grape vine, the loss of our wheels was not really an issue and there was good news at the end of Tuesday afternoon when I heard that the Gal would be ready for collection early the following morning, hurrah! 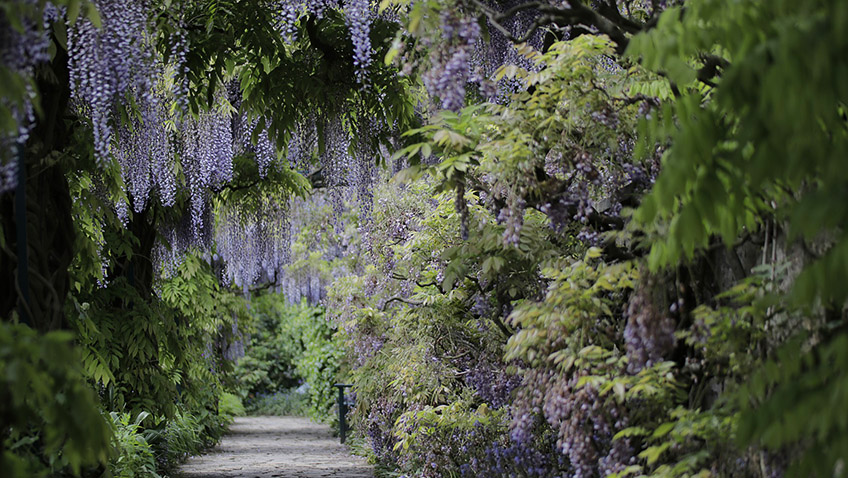 Again, the breakdown service people arranged for another taxi so that I could go and retrieve her and I learned from one of the garage mechanics that he’d repaired a ruptured fuel line.

Much relieved, I drove back to Lassay and parked up the car only to quickly discover yet another tell-tale and glistening pool of diesel fed by a drip, dripping from below the engine!

But when I called the garage to say I would be driving the car back, they told me the vehicle had multiple issues and they were not prepared to offer any further assistance!

Could this really be happening? It was now lunchtime on Wednesday and we were going home on Friday so I began discussing worst case scenarios with the call centre operative.

If the Gal had to be abandoned in France then they’d organise hire cars to take us to Caen where we’d sail back to Portsmouth as foot passengers and pick up another hire car to drive back home to Wales.

But that really wasn’t going to work because we’d brought over loads of stuff and didn’t even have suitcases to pack and take back with us.

By early Wednesday afternoon our European breakdown people had been back on the case and had located another garage willing to take the Gal but this time it was close to Le Ferte Massey and therefore some twenty kilometres back along our route to Caen.

A flat bed from MDA in Saint Maurice du Desert duly arrived at the Lassay car park driven by a young mechanic called Kevin, which apparently became a popular name in France some years ago.

He quickly removed the cover on top of the engine to reveal a small return hose dribbling fuel which he said could be replaced “tout suite” and I waved him off with rising hopes.

By 11am Thursday morning we were told that the Gal was fixed and ready for collection and yet another taxi turned up at midday to take me to the garage.

But this driver didn’t really seem to know where he was going and we spent twenty minutes driving around Ferte Massey in the pouring rain following a “route barre” diversion when we should have gone in a completely different direction.

Anyway, we eventually arrived at Saint Maurice du Dessert and garage owner Eddie quickly lifted the bonnet to show me not one but two hoses that had been replaced.

And best of all the job, plus the three recoveries and all those taxis were covered under my Aviva European Assistance cover.

So now I would take a picture of Eddie standing by the Gal to illustrate this article but guess what? It didn’t come out !!!!

Our holiday home is just 90 minutes from the Caen-Oustram car ferry terminal used by Brittany Ferries who offer a comprehensive programme of return sailings to Northern France from Portsmouth, Plymouth and Poole throughout the year.

For further information on ferry travel, Brittany Ferries package holidays or to book a trip, please go to brittanyferries.com or call 0330 159 7000.”