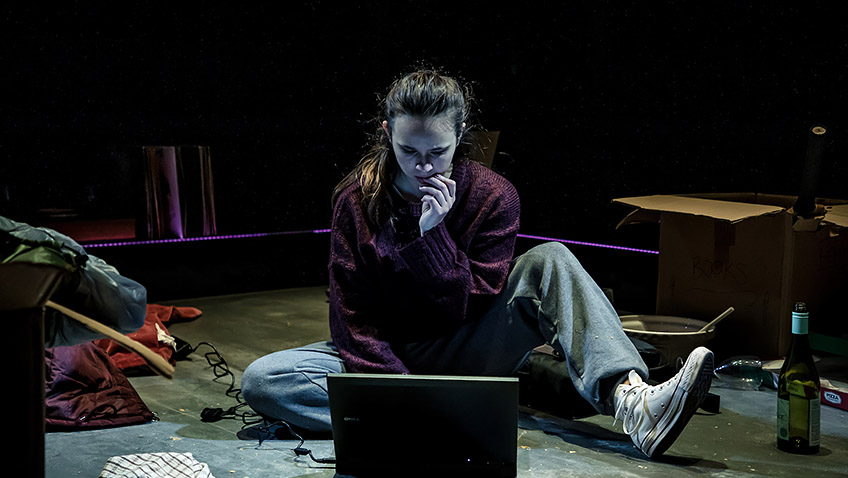 The Internet has cost parents a fortune in phone bills

Sugar Syndrome, her first full-length production, which is now getting its first major revival, premiered at the Royal Court Theatre Upstairs in 2003. She was only 22. 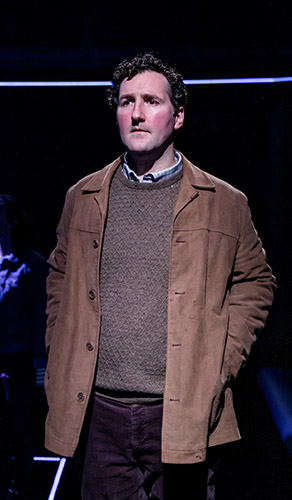 John Hollingworth in The Sugar Syndrome

Her stage and television CV since then has been very impressive. She had a big success in London and New York with Enron. Her most recent play, A Very Expensive Poison, was seen at The Old Vic last year.

A stroppy 17-year-old (Jessica Rhodes), who has eating disorders, skips lessons at her Sixth Form College and spends her time searching the chatrooms of the Internet to find a man with whom she can have sex.

She finds two lonely men on line: one turns out to be a 22-year-old (Ali Barouti), the other turns out to be paedophile (John Hollingworth) in his thirties whom she has deliberately misled into thinking he is communicating with an 11-year-old boy.

The paedophile, intelligent and well educated, is sympathetically characterised and acted. He’s been in prison and has had electronic treatment but he still hasn’t got his sexual desires under control.

The girl is much more at ease with the pervert than she is with the younger man and an unlikely friendship develops.

Her mother (Alexandra Gilbreath) is presented as a pathetic yet comically inept parent, who cannot cope with her own life let alone her daughter’s.

Oscar Toeman directs. Jessica Rhodes makes an impressive stage debut as the girl who remains totally non-judgemental and wants to help the pervert.

The key question is what are the limits of empathy for such people?

In the final moments, when there should be a total concentration on the images on the computer the pervert has asked her to destroy, there is an overlong lead-up in which the audience has to watch Rhodes doing the ASM’s job of cleaning up the mess on the stage.