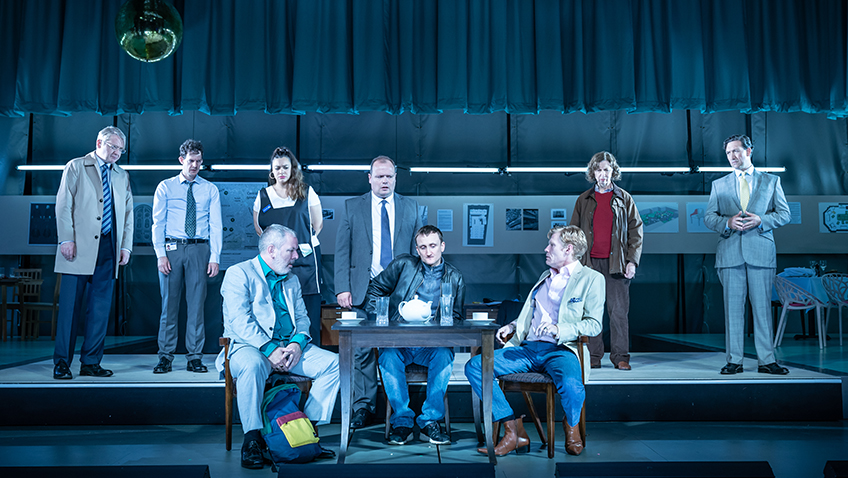 Lucy Prebble had a big success in 2009 with Enron, her satire on capitalism, brilliantly directed by Rupert Gold. The source for her latest play is Guardian journalist Luke Harding’s book, A Very Expensive Poison. The Definitive Story of the Murder of Litvinenko and Russia’s War with the West.

The image of the Russian defector dying in a hospital bed is one of the iconic images of the 21st century. Alexander Litvinenko was murdered in 2016 with a poisoned cup of tea in a Mayfair hotel. The assassins were two Russian FSB agents. (The FSB is Russia’s main successor to the KGB). 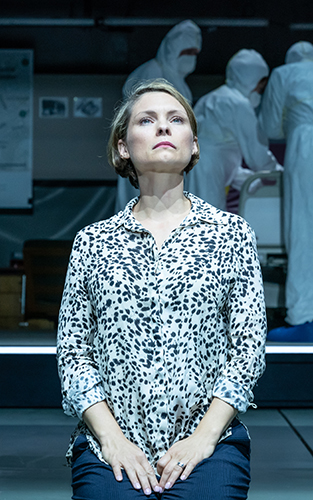 The poison was Polonium 210. A mere microgram (the size of a fleck of dust) would be sufficient to kill a person. Traces of radioactive substance were found in 10 London locations.

Only one person could have authorised the assassination and that was Vladmir Putin. The British government did not act, fearing to antagonize Moscow.

Prebble’s play, a mixture of political thriller and private tragedy, is part documentary, part parable, part satire and part surreal; but hopes that A Very Expensive Poison is going to be as good as Enron are quickly squashed.

Litvinenko (Tom Brooke), a former officer of the FSB who specialised in tackling organised crime, is now a naturalised Brit. He gets out his deathbed to help the British police in their investigation and events leading up to his murder are replayed.

Prebble admits the frame of the play has been a technical struggle. Director John Crowley tries hard to make the script work and there are puppets, cabaret, dance, mime, shadowplay and carnival heads in an attempt to keep us entertained.

The actors constantly step out of the frame to address the audience directly. Reece Shearsmith, who is cast as Putin, sits in one of the theatre’s boxes and makes jokes. Peter Polycarpou, who is cast as a Russian oligarch, gets to sing two songs.

The thoroughly incompetent FSB agents are played by Michael Shaeffer and Lloyd Hutchinson as a comic double act. Hutchinson behaves as if he was in a pantomime and invades the stalls.

The actors (plus three stage managers who are listed as cast) spend much of their time not acting but bringing furniture on stage and taking furniture off. The scenes are so short it all seems quite unnecessary.