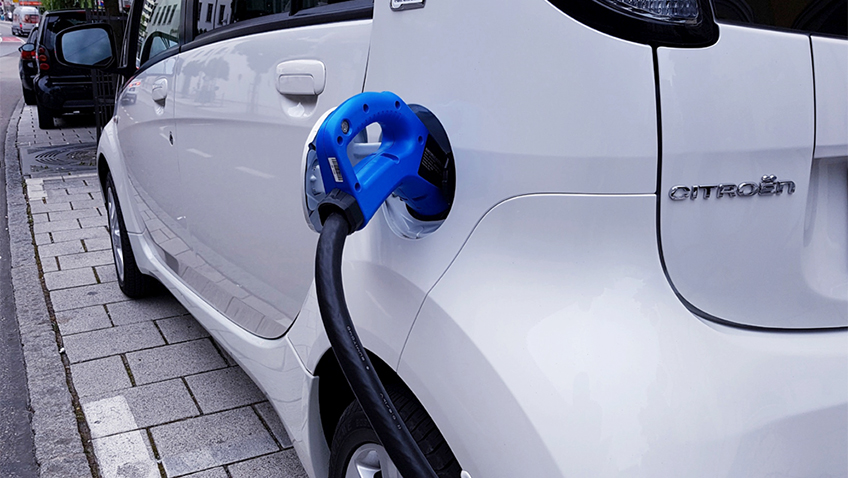 In 2017 the government announced its plans to ban the sale of new diesel and petrol powered cars by the year 2040, and ban all fuel-powered vehicles from the roads entirely by 2050.

This policy is part of the overall strategy for the UK to produce net zero greenhouse gas emissions by 2050, one of the last acts announced by former Prime Minister, Theresa May, prior to her departure from office earlier this year.

If this target is achieved the UK would effectively end its contribution to greenhouse gas emissions. Any emissions produced by the country after 2050 would need to be offset by the absorption of an equivalent amount from the atmosphere.

It is widely understood that the domestic transport sector is one of the main contributors to our greenhouse gas emissions being responsible for around 27% of total emissions. It is the only monitored major sector that has seen increasing emissions over the course of the last carbon budget (there are five of these running until 2032).

The problem is that we all love our cars. The Department for Transport figures show that the number of miles travelled each year in cars and vans continues to grow, and has been doing so since 2013.

The drive to electrification

A major part of the strategy of achieving zero greenhouse gas emissions falls on the transport sector, and in particular the introduction of electric vehicles to replace all those currently powered by petrol and diesel. This is why there is so much investment going into electric vehicle technology at present.

But this strategy requires a major change in both the thinking and the behaviour of the consumer. The policy of banning the sale of all petrol and diesel cars by 2040,and removing them from the roads entirely by the year 2050, means that cars bought in 2040 would have a maximum life of 10 years before they would need to be scrapped and replaced with electric vehicles. However statistics from the Society of Motor Manufacturers and Traders say that the average age at which cars are scrapped is now 14 years, and that this has been rising each year since 2009.

It stands to reason that if emissions from vehicles are rising then the transition to electric vehicles is not happening quickly enough. So why is this?

According to a survey undertaken in 2018 by the accountancy firm Deloitte the main barriers to increasing the uptake of sales of electric vehicles to consumers include the actual driving range of the vehicle before it needs to be re-charged; the cost of the vehicles; the lack of a comprehensive charging infrastructure; and the time it takes to charge the vehicles.

And it is the charging of vehicles that is likely to continue to be the major barrier to seeing more electric cars on our roads. Major investment needs to be made in the UK’s charging infrastructure to ensure that drivers have the confidence that they can charge their vehicle when they need to and where they need to. Presently that clearly is not the case. Whilst the number of charge points across the country is growing, it is simply not growing at the rate required to match the proposed roll-out of electric vehicle sales.

The latest figures available for new car registrations for the year ending July 2019 show that just over 97,000 new electric and hybrid cars were registered out of an overall total of 1.426m – that’s just under 7% and is clearly not nearly enough to meet the ambitious targets set.

The growth of electric vehicles will, as we have already pointed out, require investment in the charge point infrastructure but that’s only half the story. The use of more electric and hybrid vehicles will also have a major impact on both the National Grid and our electricity generation capacity. In fact figures from the National Grid themselves point to the fact that should the 2050 target be achieved then this is likely to lead to an overall 30% increase in demand for electricity.

And then there’s fuel duty

Electric vehicles do not pay any fuel duty unlike those powered by petrol or diesel. Official figures show that fuel duty raised some £27.9bn for the government in 2017/18. That’s income that will be lost or at least reduced as the move to electric vehicles accelerates. So how will the government replace that lost income? The answer to that question is unclear.

There are still plenty of questions

The move to electric vehicles and the plans to abolish all fuel powered vehicles, whether you agree with it or not, are essential if we are to get anywhere near hitting the net zero greenhouse gas emissions target by 2050.

But how do you make people change behaviours they have had embedded in their lives for years?

How do you improve the infrastructure and where will charge points be sited to ensure that the switch has the least possible impact on people’s lives?

How do you increase the power generating capacity to cope with the increased demand?

However, the main question that has to be faced is who is going to pay for all this. After all, achieving this switch is not going to be cheap. In fact accountancy firm KPMG estimate that some £100bn of investment will be needed in infrastructure between now and 2030 – that’s just over 10 years away. Anybody putting this infrastructure into place will want a return on their investment, but as of yet it’s uncertain how this will be achieved. And rest assured, the government will also want to replace that lost £28bn of fuel duty mentioned earlier.

Which leaves only one answer, and no matter which way you look at it, it is you and I that will, as always, be left to foot the bill. However, for once you won’t hear me complaining, after all we all have a responsibility to tackle climate change, and help the planet!