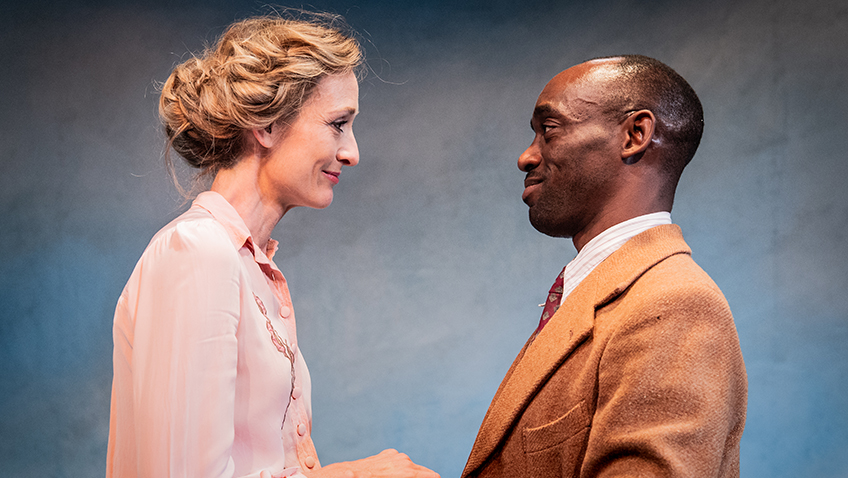 Somerset Maugham is much underrated and unfairly neglected

The Jermyn Street Theatre celebrates its 25th birthday with Tom Littler’s revival of a much underrated and certainly much neglected British playwright who once had four plays running at the same time in the West End. Somerset Maugham (1874-1965) was one of the most popular authors in the Edwardian era and in the 1920s.

For Services Rendered, his anti‑war play, premiered in 1932 with a cast which included Ralph Richardson, Flora Robson and Cedric Hardwicke. The play was not a commercial success. West End audiences found the subject matter too distressing. 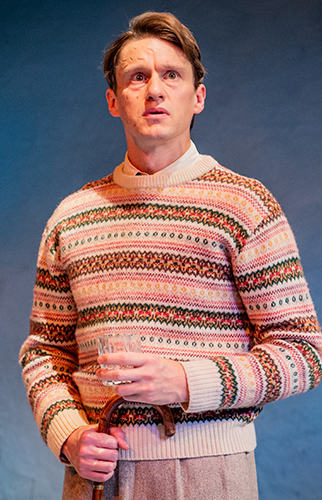 Richard Keightley in For Services Rendered

The action is set fourteen years after World War 1 has ended. A whole generation of men has been wiped out, leaving many women husbandless. It is interesting, in view of Maugham’s antipathy to Chekhov, that he should choose to write in the Chekhovian manner. His play has three sisters.

The eldest Eva (Rachel Pickup) lost her fiancé in the war and so desperate is she for a husband that she proposes marriage to a compulsory retired naval officer (Jotham Annan), DSO, Legion D’Honneur, and offers to pay the debts he has run up in his failing garage business.

Ethel (Leah Whitaker) married beneath her, to a drunken, rotten swine of a farmer. The youngest Lois (Sally Cheng) has no intention of sacrificing herself as her sisters have done and intends to have a good time with a married lecher, who is old enough to be her father.

Eva, condemned to looking after her brother who was blinded in the war, lambasts the Nation for failing to look after its war heroes. Her brother (Richard Keightley) has a blistering tirade in which he says that honour, glory and patriotism is bunk and that they have all been sacrificed, sold to the incompetence, greed, stupidity and vanity of an Establishment which is intent on leading the nation into another war.

There are many classic plays where colour-blind casting is not a problem. But Maugham’s For Services Rendered is not one of them. Race and ethnicity are crucial here. Some of the casting, good though the actors are, is just not believable, and it is distracting.

I hope Tom Littler’s production will encourage revivals of Maugham’s other plays. The Circle is long overdue for rediscovery.