Home / LIFESTYLE / REVIEWS > / THEATRE REVIEWS / There is no such thing as a moral or an immoral book. Books are well written or badly written. That is all – Oscar Wilde 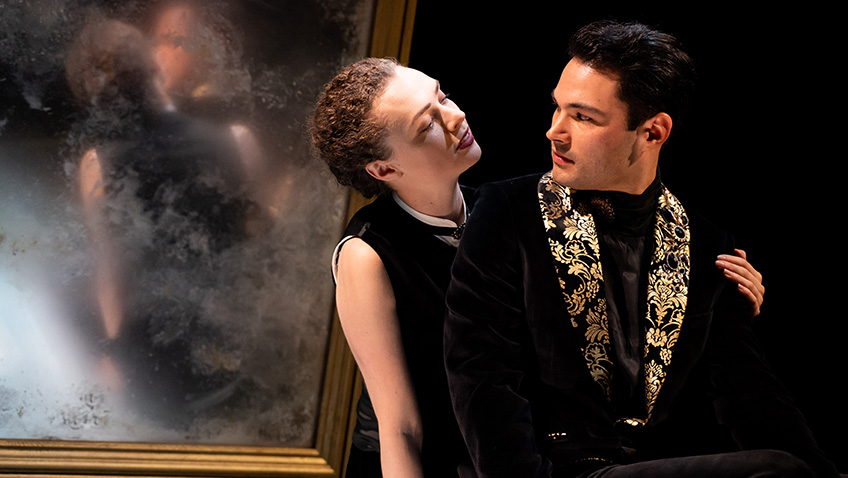 There is no such thing as a moral or an immoral book. Books are well written or badly written. That is all – Oscar Wilde 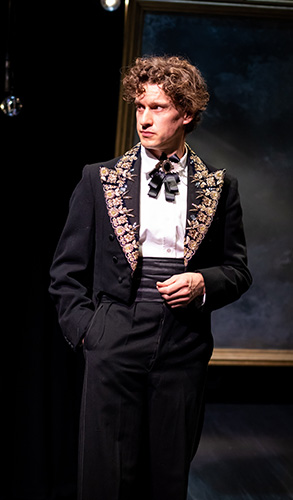 Gender-swapping is the norm today and is certainly not new to Wilde. Matthew Bourne’s ballet version turned Wotton into a woman who ran a fashion house and Sybil was turned into a male ballet dancer.

Dorian is initially seduced by Wotton, a languid, cynical dandy, a self-satisfied and self-conscious hedonist, who believes that the only way to get rid of a temptation is to yield to it. He has all the best epigrams, many of which Wilde would repeat in his plays.

Dorian, a young man of extraordinary beauty, sells his soul for the gift of eternal youth and indulges his passion for pleasure and sin. Dorian remains young. The picture, painted by Basil Hallward when he was twenty, grows old.

The conceit is that his 30 years of depravity is visible only on the portrait, which becomes the emblem of his conscience, a monstrous and loathsome thing to be locked away in the attic.

Those who did review it damned it as “esoteric prurience,” malodorous putrefaction” and said it was “suitable reading for outlawed noblemen and perverted telegraph boys.” The last comment was a direct reference to the Cleveland Street male brothel scandal of 1889.

The novel is remarkably prophetic of Wilde’s downfall and certain passages (with hindsight) read as if he were expressing his worst fears. The novel did Wilde immeasurable harm and was used against him during his first trial.

I had looked forward to seeing Tom Littler’s production but Lucy Shaw’s disappointing adaptation does not do justice to the novel and audiences who are not already familiar with the story may have difficulties following it. The four actors also have to act as narrators and their asides, which are bon mots from Wilde’s text, are irritatingly intrusive and pretentious.