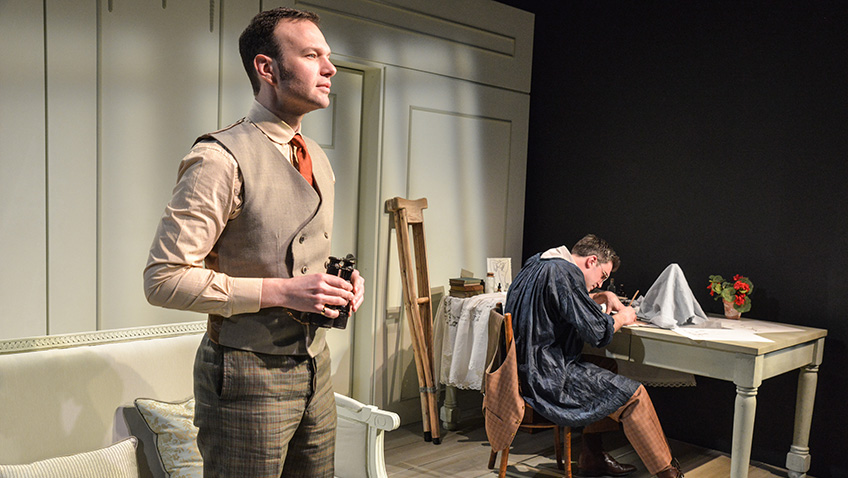 No one writes about marriage and misogyny better than August Strindberg

August Strindberg (1849 – 1912), who married three times, was a notorious misogynist; though he always said his misogyny was only the reverse side of his fearful attraction towards the other sex.

Creditors, was written immediately after Miss Julie when he was 39. His marriage with the actress Siri Van Essen had broken down and he was trying to arrange a divorce whilst they were still living together. 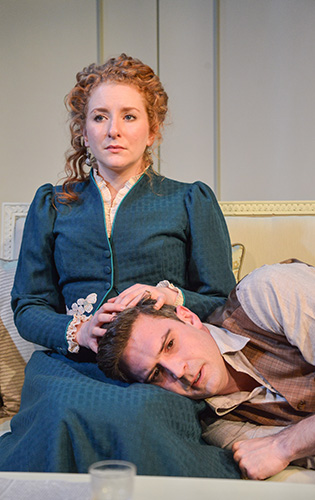 Creditors is based on his autobiographical novel, A Fool’s Apology which deals with his relations with Siri and her former husband.

This one-act 90-minute psychological drama is one of his best plays. I am surprised that it is not revived more often.

Tom Littler’s production is using a version by Howard Brenton. The humour in the opening scene is so black it veers towards farce and encourages the audience to laugh out loud.

Strindberg said Creditors was human and lovable and that all three characters were sympathetic. He offered the role of the wife to Siri at the premiere in Copenhagen in 1889.. She, not surprisingly, turned it down.

Telka (Dorothea Myer-Bennett) draws her strength from her husbands and lovers and when she has drained them of all they have she ceases to love. She takes all and gives nothing.

Adolf (James Sheldon), insecure and full of self-pity, has lost all belief in himself as an artist and as a husband. Telka treats him like a lover rather than a husband. He has a pair of crutches, a symbol of his emasculation.

Gustaf (David Sturzaker) has never got over the humiliation of being married to Tekla and viciously sets about destroying Adolf, telling him he is dying and outrageously advocating complete sexual abstinence for six months!

Interestingly, Strindberg blamed his own ill-health on celibacy.

Creditors is running in tandem with Miss Julie, a revival of Tom Littler’s successful 2017 production.