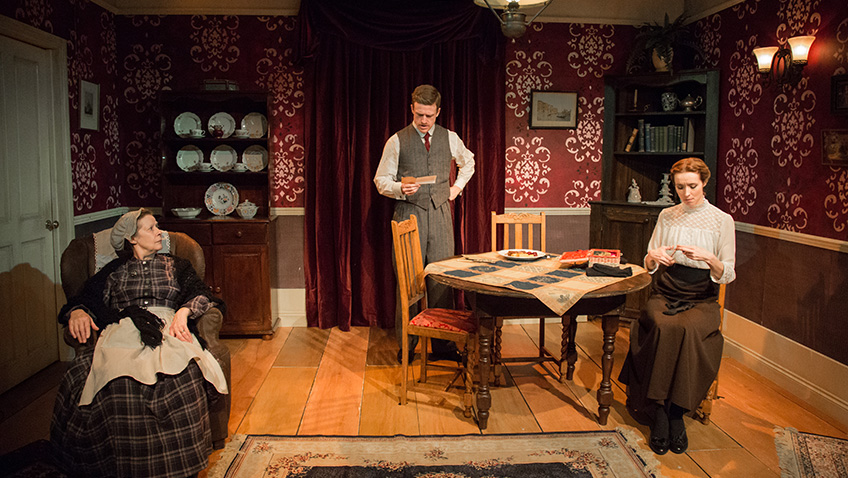 The first London production in 75 years

St John Ervine (1883 -1971) was a highly popular West End playwright, a noted drama critic for the Observer and the author of very bad biography of Oscar Wilde. 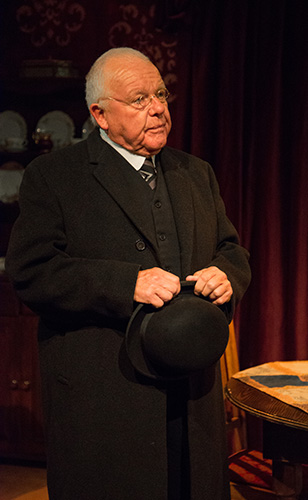 The Finborough has already staged two of his plays, Mixed Marriage (1911) and John Furgson (1920). Now there is a third and David Gilmour’s revival, designed by Alex Marker and well acted, is highly welcome.

Ervine’s Jane Clegg premiered in 1913 in Manchester at the Gaiety Theatre where the legendary Annie Horniman, the artistic director, championed the Manchester School of `Realism and such authors as Harold Brighouse, Stanley Houghton and Lionel Monckton.

The play transferred to London and the Royal Court. Sybil Thorndike had a big success as Jane and she revived the play many times during the following decade.

Ervine’s marital drama was written at the height of the campaign for votes for women. Ervine was a strong supporter of the suffragette movement.

In 1879 Nora in A Doll’s House had walked out on her husband and two children and the sound of the door slamming behind her reverberated throughout Europe.

In 1913 Jane Clegg, also with two children, told husband Henry she didn’t want him anymore and ordered him out of the house in the middle of the night.

They should never have married in the first place. She should have left him years ago. Not an easy thing for a woman to do socially and economically 100 years ago. But Jane has the great advantage of a £700 inheritance. Alix Dunmore has the dignity, integrity and steely steadfastness the role requires.

Henry, a travelling salesman, is “an absolute rotter”, constantly unfaithful, a chronic gambler, a compulsive liar and an embezzler. His lover is pregnant. Brian Martin emphasises his pathetic weakness.

There is good support by Sydney Livingstone as an honest bookmaker, Matthew Sim as a pugnacious bookie and Maev Alexander as a mother-in-law from hell who, every time she opens her mouth, makes the situation only worse.