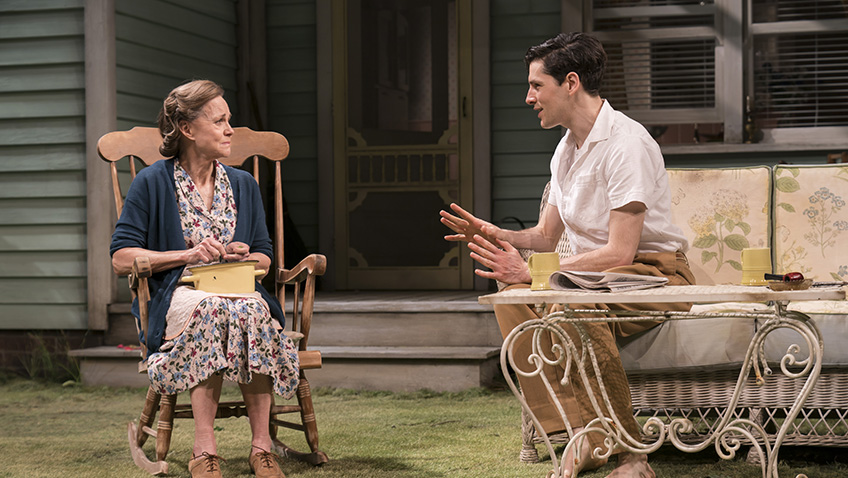 Robert Tanitch reviews All My Sons at The Old Vic, London SE1

All My Sons, premiered in 1947, was Arthur Miller’s first major success. Directed by Elia Kazan it ran for 238 performances. The story-line, modelled on Greek tragedy, is totally gripping.

Joe Keller (Bill Pullman, very muted) made his fortune during World War Two manufacturing aeroplanes. He knowingly allowed defective engines to be shipped to the Air Force and let his partner carry the can and go to prison. 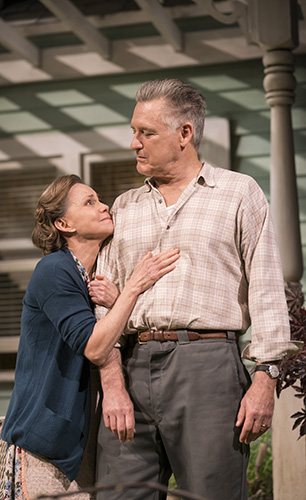 Sally Field and Bill Pullman in All My Sons

21 American pilots died. He denied all complicity. Later, he would argue that he was in business and that what he had done had been done for his family.

“What could I do?” he asks. “I’m in business… Who worked for nothing in the war? When they work for nothin’. I’ll work for nothin’… It’s dollars and cents, nickels and dimes; war and peace, it’s nickles and dimes, what’s clean? Half the Goddam country is gotta go if I go!”

The American business community denounced the play as a smear on their profession and accused Miller of being a communist. The government refused to allow the play to be performed in Occupied Europe.

Keller’s preservation is built on lies and self-deception. He is aided and abetted by his wife and son who put off confronting him with the truth. He has to learn that there is a moral responsibility beyond providing for the family.

Mrs Kelller (Sally Field, impressive) refuses to believe her son (reported missing during the war) is dead and holds on to the idea that he will come home to marry his childhood sweetheart (Jenna Coleman), who in love with his brother (Colin Morgan, also impressive).

The audience is persuaded that the family is protecting her, whereas is it is in fact she who is protecting her husband, for as she says, if her son is not alive, then his father killed him.

All My Sons carries a terrific political punch and the play, directed by Jeremy Herrin, is still as relevant now as it was seven decades ago.