Home / LIFESTYLE / REVIEWS > / THEATRE REVIEWS / A millennial Couple decide to have a baby. Is now a good time to be having a baby? 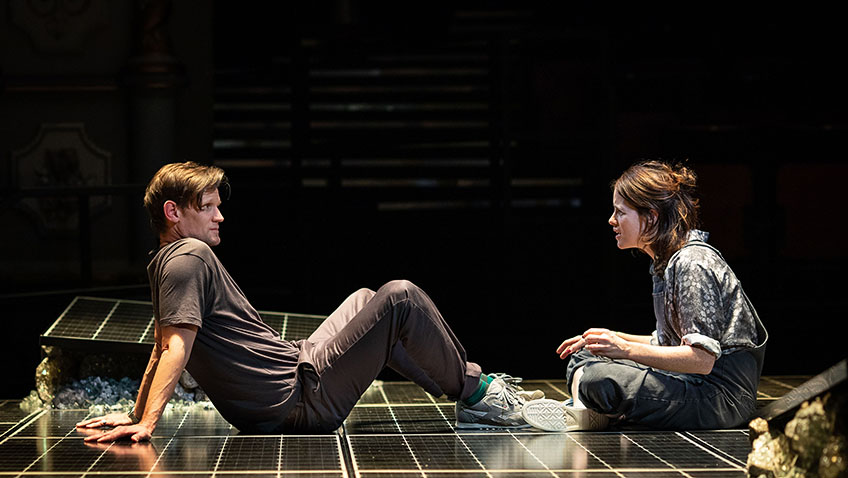 A millennial Couple decide to have a baby. Is now a good time to be having a baby?

Duncan Macmillan’s 85-minute two-hander, a comic-tragedy, is about sex and the environment; an unbroken conversation piece, spread over weeks, months and in its final rushed stages, years.

Can liberal educated people in the West be truly good people? 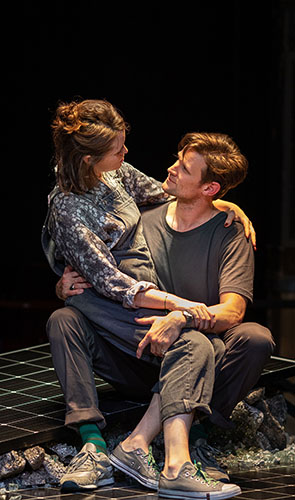 Lungs premiered in 2011 in the Studio Theatre in Washington DC. It has also been performed by Paines Plough in Britain. Matthew Warchus’s thoroughly enjoyable production is its first major staging since then.

The seating in the auditorium has been reconfigured to create a theatre-in-the-round. The political and the domestic debate takes place on a bare stage on a solar panelled floor with rock crystals either side. The scene changes are seamless.

There are just two actors, Claire Foy and Matt Smith, giving two virtuoso performances. They never leave the stage. He plays a musician; and she plays a PHD student. The couple have a volatile relationship.

The casting is astute. The 4-week season is a sell-out. Foy and Smith, famous for playing Queen Elizabeth and Prince Philip on television in The Crown, already have that special rapport the couple needs, a tremendous advantage for them and the production.

She freaks out at the very thought of having a baby. She’s so neurotic; and he doesn’t know how to respond to her anxieties. The rapid-fire repartee has a zing. Macmillan’s dialogue is very funny; hilarious when she is describing what it is like having sex with him.

Take a deep breath. Did you know the carbon footprint of a child is equivalent to 2,750 flights to New York?