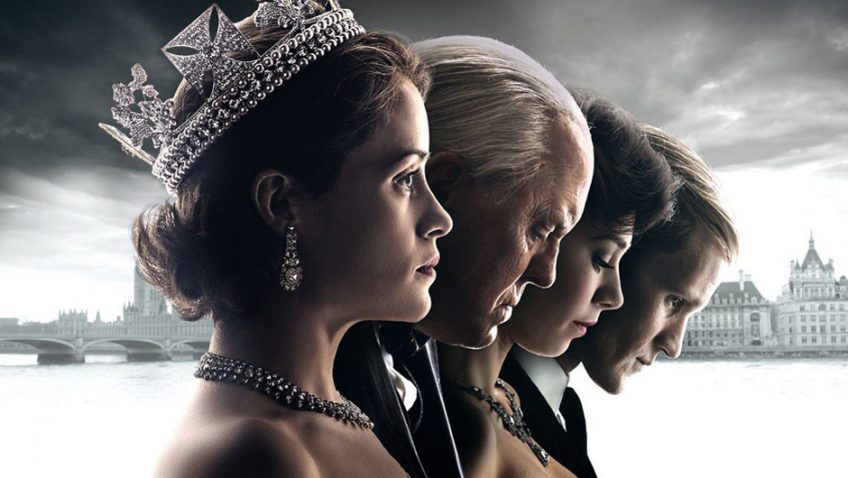 The Crown (Sony). Hugely ambitious and costing £100 million, the series feels like a superior and patriotic soap opera aimed at the Downton Abbey audience. The script is by Peter Morgan, author of The Queen on film and The Audience on stage, which immediately inspires confidence that it will be dramatic and entertaining and that the imagined dialogues will feel possible. The first season covers the period from George V1’s death to Princess Margaret and Captain Peter Townsend agreeing not to marry. It’s a picture of post-war Britain and how crown, government and the royal family dealt with various crises. It is primarily a story of the Queen’s duty. The exemplary cast includes Claire Foy as the Queen, Matt Smith as Prince Philip and John Lithgow as Churchill.

Churchill (Lionsgate) tells us something most people don’t know, namely that Churchill was against the Normandy Invasion. He vividly remembers the disaster of Galipoli in WW1 for which he had been responsible and worries about too many lives being at risk. Churchill is no longer the lion he once was, no longer indomitable, merely getting in the way and being disruptive. Nobody – Ike, Monty, King, wife – is listening to him and he is constantly overruled. There is a brilliant performance from Brian Cox who heads a convincing cast. Jonathan Teplitzky’s direction is assured. The film is very watchable. The script by Alex von Tunzelmann is notably good in a scene with George VI (James Purefoy) and in Churchill’s prayer to God on the eve of D-Day for a storm to stop invasion happening.

A Man Called Ove (Thunderbird) is based on a Swedish best-selling novel, a sentimental and maudlin comedy drama. A 59-year-old busybody gets the sack and contemplated suicide so that he can join his wheelchair-bound wife who died of cancer. Rolf Lassgård plays the grumpy old man who is befriended by an Iranian immigrant (Bahar Pars). He has every right to be grumpy. His life has been one long list of disasters and tragedies; so many as to be almost absurd. Filip Berg plays Ove as a young man who behaves in such a strange and odd manner that he seems retarded. Tom Hanks is going to star in the American remake.