Home / LIFESTYLE / REVIEWS > / FILM REVIEWS / Jillian Bell is hilarious as an overweight New Yorker, until the film stumbles near the finish line 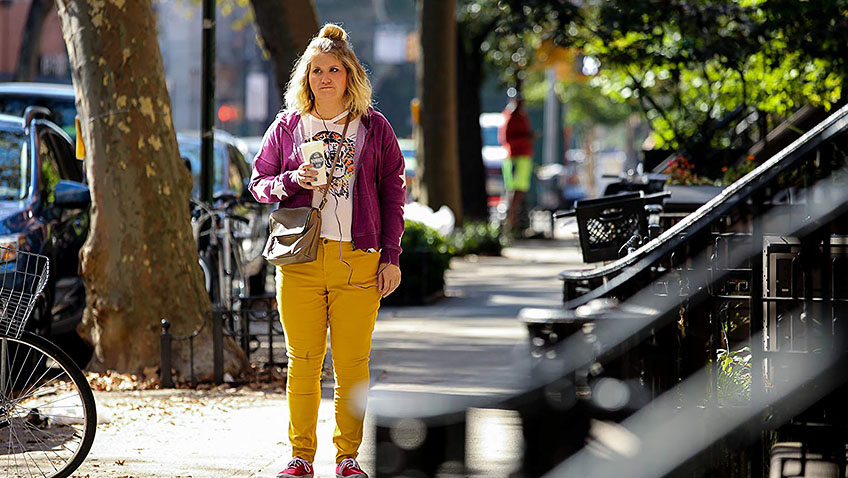 Jillian Bell is hilarious as an overweight New Yorker, until the film stumbles near the finish line

Brittany is not alone in being a lost and floundering twenty-something with low self-esteem living in New York City. Independent films in particular seem to have a corner on this market. For starters, there’s Aura in Lena Dunham’s Tiny Furniture; Frances Halladay in Noah Baumbach’s Frances Ha and Brooke in his Mistress America, both played by Greta Gerwig; and Amy Schumer’s self-destructive heroine in Judd Apatow’s Trainwreck. For his debut feature film, writer-director Paul Downs Colaizzo gives the talented comedienne Jillian Bell a crowd-pleasing, break-through film, before taking us down a dark road that neither he lacks the capacity to deal with. 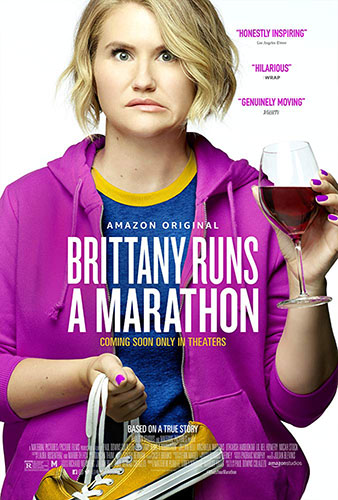 The film begins with a woman snoring – the perfect opening as we laugh at a woman desexualised by her weight and this woman, Brittany Forgler (Bell), uses humour like armour, to deflect the pain. At work, she’s the office clown. Answering her boss’s call with her nose turned up like a pig’s snout, she says, ‘I don’t know why you persist in calling me Brittany when my name is Babe.’ We laugh because Brittany is so funny. It’s not so much what she says as the way she says it. Bell’s delivery is spot on.

Colaizzo sets out not just to give Bell a staring role, but to give every ‘fat sidekick’ as he puts it, her day in the limelight. But though the film follows a formulaic path, it is inspired by and is a tribute to a real person: Colaizzo’s friend Brittany O’Neill. In the production notes Colaizzo tells us that O’Neill was everyone’s favourite person to hang out with and turned everything into a joke. But this was a public façade, for underneath there was nothing funny about her dysfunctional life.

Early in Brittany Runs a Marathon the eponymous heroine visits her doctor hoping to coax a prescription for Adderall out of him. But the doctor is more interested in getting Brittany to go on a diet and do exercise. He tells her that she has a high body mass index, high blood pressure and is some 50 pounds over her ideal weight.

Colaizzo then gives us a joke formed from the juxtaposition of the question, ‘do you think you are making healthy lifestyle choices?’ to the images in Brittany’s mind in which we see her, sloshed and smoking in a nightclub. To her doctor’s warning that that ‘some people abuse Adderall,’ Brittany reacts with, ‘Really?’ that is hilarious in its delivery.

Later Brittany confesses to her seemingly perfect roommate, Gretchen (Alice Lee) that she ‘feels like everyone’s life is going places except mine.’ Gyms are too expensive and Brittany’s contempt for her jogging neighbour, Catherine (Michaela Watkins) is not a promising sign that she will heed the doctor’s advice.

But when, one day, she is fed up with herself, Brittany decides to try running one block. When she survives, she does two, and then, day by day, she increases the distance. While she does not buy the gear, the attire gets more appropriate. Brittany befriends Seth (Micah Stock), a gay, novice runner, and they spur each other on, soon to be joined by, and inspired by Catherine. Brittany learns that Catherine has her own problems and her life, like Gretchen’s, is not as perfect as Brittany, in her misplaced envy, had thought.

As Brittany loses weight, she takes a second job as a dog sitter in an elegant, spacious, townhouse while the owners are away. When she argues with Gretchen and makes herself homeless, she moves into the house with the nightshift sitter, Jern (Utkarsh Ambudkar) who is already squatting there without the owner’s permission. Again, a hostile first encounter with Jern eventually leads to a relationship that become sexual.

But as the marathon date approaches, everything starts to unravel.

At the half-way point Brittany Runs a Marathon has been funny, but predictable. We have the obstacle, and we know the challenge and we expect the heroine to overcome it as she opens up to real friends. The second half is the opposite. As Britany’s path is diverted, the humour disappears.

Brittany’s low esteem and her defeatist attitude might seem behind her as the marathon approaches, but they have been dormant, and not eradicated When her dream crashes, we see an ugly side of the woman who previously channelled her self-loathing onto herself, not others.

A long segment during which Brittany visits her sister in Philadelphia is uncomfortable viewing for this reason. Our sympathy for Brittany has its limits, and if she doesn’t exhaust them in Philadelphia, she might when she displays no real interest in how Catherine or Seth are doing at the marathon.

Colaizzo wants to end on a positive note, but it is unconvincing. Brittany needs some serious therapy, not just a marathon under her belt, a new job and a house husband. The literal title suggests a lightweight film that asks us to watch a woman with an unhealthy lifestyle get fit, run a marathon and turn her life around.

But a less literal interpretation of the title refers to a woman’s journey in life, and it turns out to be on a darker road then we bargained for, centred around the topical and issues of self-image and weight loss. In Tiny Furniture and Trainwreck, weight is a passing issue, but is never taken too seriously, and though Colaizzo is to be credited for bringing it to the fore, he doesn’t know quite what to do with it. It is Colaizzo’s handling of the metaphorical meaning of the title that leaves us unsatisfied.