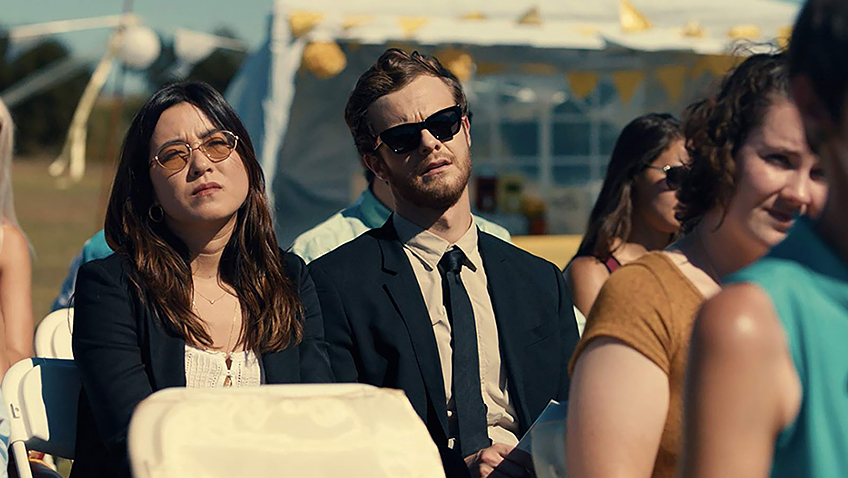 The world might not need another romcom centered around cringeworthy wedding speeches, but if you must have your monthly fix, you could do a lot worse than Plus One

. What makes it a cut above the rest is a fresh, spontaneous and ring-true performance from cringe-comedy web TV star Maya Erskine (playing Alice) and her on-screen chemistry with Ben (played by Jack Quaid, the son of Dennis Quaid and romcom royalty, Meg Ryan). The film, by first time writer-director team Jeff Chan and Andrew Rhymer is the Californian, late Millennial, middle-class equivalent of Four Weddings and Funeral, minus Hugh Grant or Funeral Blues, but with a helpful gay couple who see what others do not.

Ben and Alice have known each since college ten years earlier and have become frequent ‘plus one’s’ by default. They know many of the same people and are always showing up at the same weddings that they are obliged to attend, despite hating the expense, the distasteful best man speeches, the bad food, bad hangovers and the loneliness. Worst of all, they are placed at the singles tables.

Ah loneliness! This, and the common problem of how to turn a co-ed friendship into a romance, is where the film finds something to hang onto. Here you are single – and in Alice’s case, she has recently broken up with her long-term boyfriend – but forced to celebrate someone else romantic happiness over and again.

Early in the season, Alice suggests that she and Ben should attend all the weddings together over the summer to share the expenses, avoid the singles’ table and to have company in the car. She will be his plus one he will be hers. Ben is reluctant, until Alice points out that she is an ideal position to canvass eligible girls for him and build him up before introducing them to him.

There is not much humour derived from sketches where Ben appears to living the bachelor’s dream, for we know it is a phony construct and Ben is not really that kind of guy. And, of course, some of us will already know that the woman Ben is made for needs no introduction. 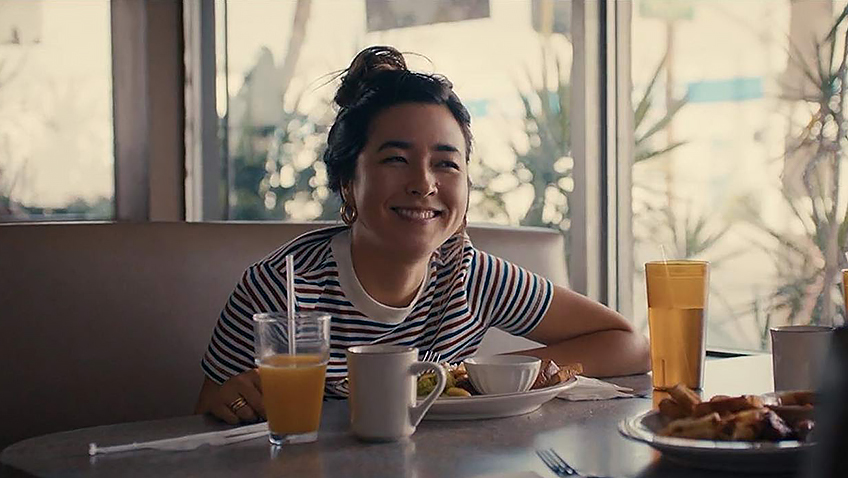 Maya Erskine in Plus One

If the script struggles to create obstacles to the inevitable revelation, the chemistry between the two lead actors is the dead giveaway that their pact of convenience is based on self-deception. After witnessing Ben and Alice together, in their hotel room (which they share to economise), having a good laugh at the ceremonies or fending off inevitable questions about their own relationship, it is obvious that the two are made for one another.

Only gradually do Alice and Ben realise they are falling in love, and them, to give the film the obstacle it lacks, Ben gets cold feet.

While there is not much of a plot, no surprises and certainly no answers to philosophical questions, there are more physical gags and funny moments than you have come to expect in romcoms. And at 99 mins, the entertaining Alice and Ben show does not overstay its welcome.