Home / LIFESTYLE / REVIEWS > / THEATRE REVIEWS / How do we keep the UK safe? 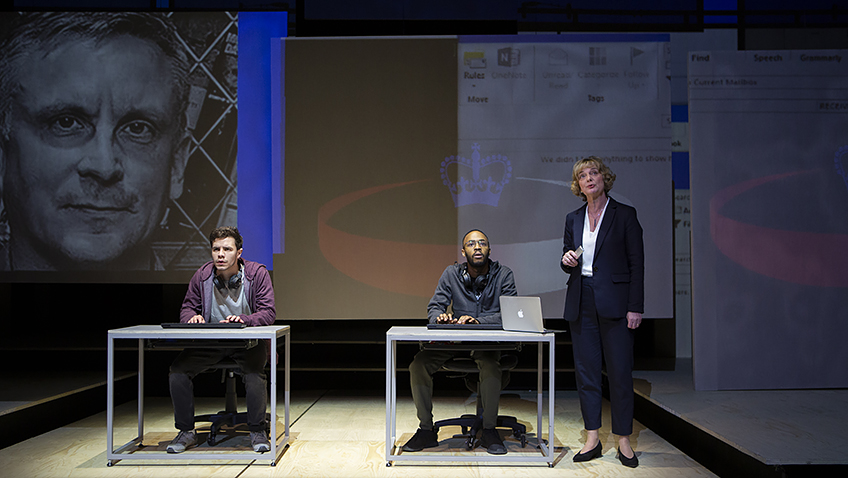 How do we keep the UK safe?

Roxana Silbert directs her first production at Hampstead Theatre since she became its artistic director eight months ago.

The Haystack is the first full length play by Al Blyth, a research economist, who was inspired to write his modern espionage thriller in 2014 when Edward Snowden breached the Official Secrets Act.

There is nothing in this play, says Silbert, that could not happen. 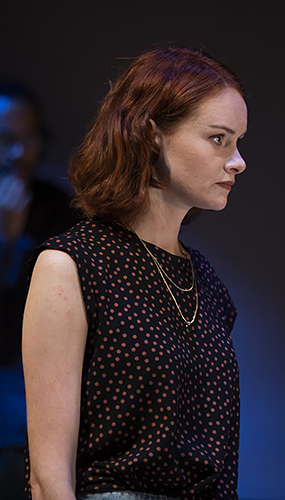 Rona Morison in The Haystack

We live in an age of random terrorism and threats to our national security. How do we keep the UK safe? Could the murders on Westminster Bridge and London Bridge have been stopped?

When an attack can emerge from anywhere, the argument, voiced by GCHQ’s Deputy Director (Sarah Woodward) goes that we need to monitor everyone. Over the past three decades security specialists and hackers have emerged as the new generation of code-breakers.

GCHQ plays a wide-ranging role in the everyday safety of British citizens. They need to identify the lone wolf terrorist before he attacks. But you cannot find the needle in the haystack unless you collect the whole haystack.

Blyth questions who should decide who should be monitored and concentrates on the moral dilemma of a GCHQ insider (Oliver Johnstone) who works for the UK’s National Information Security Team and his efforts to save the life of a young journalist (Rona Morison).

One of the most shocking moments is a montage of photographs of men and women who have purportedly committed suicide when it is painfully obvious they have been murdered. A padlocked bag drops from the flies. It is not difficult to imagine the naked body inside.

Blyth challenges “the nothing to fear, nothing to hide” mantra and the erosion of privacy. Total surveillance is a profoundly immoral act, no matter whether it works or not, regardless of whether or not it works.