Home / LIFESTYLE / REVIEWS > / THEATRE REVIEWS / I do not play to win. I play so that I don’t lose – Bobby Fischer 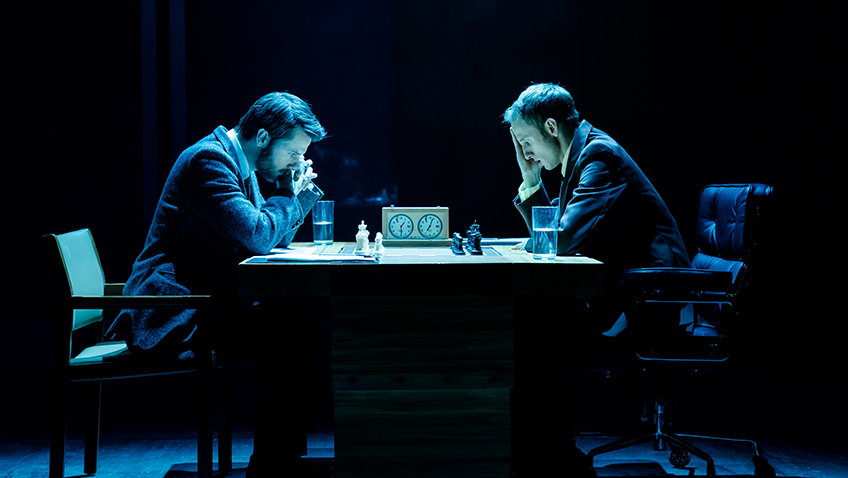 I do not play to win. I play so that I don’t lose – Bobby Fischer

There has been a musical, a documentary and a film. Now there’s a play by Tom Morton-Smith directed by Annabelle Comyn.

The World Chess Championship in 1972 took place in Reykjavik. The match of the century – American Bobby Fischer versus Russian Boris Spassky – was fought out at the height of the Cold War. 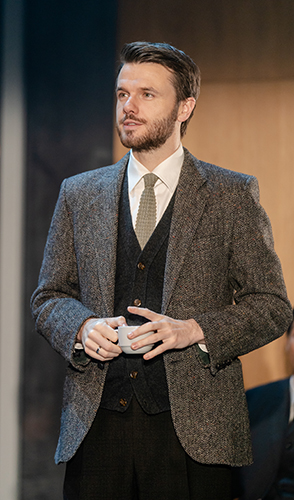 Russia had dominated the Championship for the last 24 years. There is plenty of drama. The pressure on both men to win was enormous. The whole world was watching.

Neither contender was interested in politics. They were interested only in chess. Each side suspected the other side was cheating. It was the age of espionage. Every room would be bugged.

Spassky behaved like a sportsman and obeyed the rules. Fischer behaved appallingly. He was arrogant, lashing out, having tantrums.

I do not play to win, he said. I play so that I don’t lose. He was determined to break and humiliate Spassky.

He played a psychological game to disorientate everybody. He arrived late, made demands about everything: the chess board, the chess pieces, the table, the chairs, the lighting. He wanted the television cameras removed.

Robert Emms plays up Fischer’s paranoid personality disorder. Ronan Raftery underplays Spassky and comes across as much more stable and far more likeable; but interestingly even he, too, gradually, becomes paranoid, convinced he is being poisoned.

The actors are well cast. Annabelle Comyn gives this most cerebral of sports physical dynamism. The confrontations at the chess table are choreographed and the swivel chairs are swivelled to raise tension.

You don’t need to know anything about chess to enjoy the play. The problem is its length. 2 hours 45 minutes including interval is far too long. Morton-Smith needs to do some cutting.