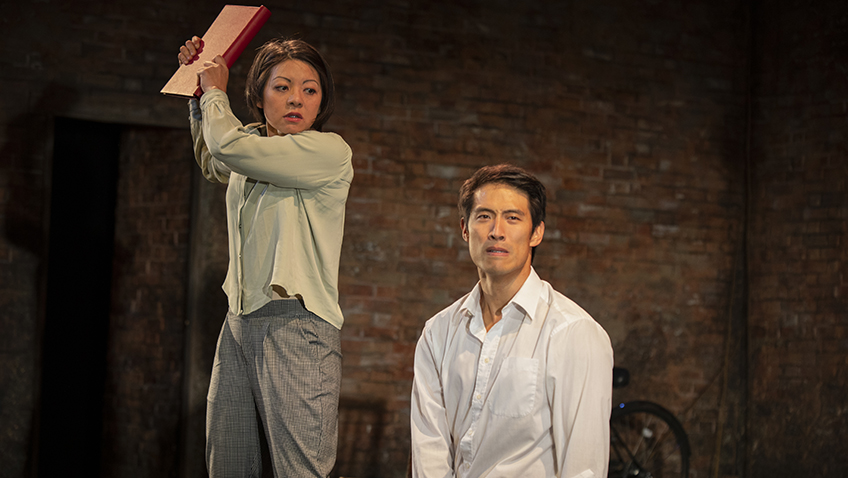 Roxana Silbert, its new artistic director, opens her first season with the world premiere of a play by Frances Ya-Chu Cowhig directed by Michael Boyd.

The author had spent a good part of her teenage years in China. Her father worked for the US embassy in Beijing and it was he who suggested that she should write a play about Dr Shuping Wang, a heroic figure to many public health figures in China. 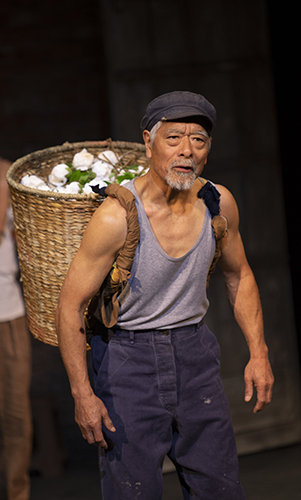 Togo Igawa in The King of Hell’s Palace

The first drafts had a documentary feel; but with the help of actors and workshops she transformed the script into a fictionalised social tragedy.

The subject matter is the 1990 Chinese blood contamination scandal. At least 500 people a day were being infected with Hepatitis C and HIV.

The rural poor were encouraged to sell their blood to get rich and improve their lives. The blood was infected. The corporations put their own profits above people’s lives.

The script is based on interviews Frances Ya-Chu Cowhig had with Shuping Wang, who exposed the cover-up.

The epic story might have worked better as a documentary; and would of course have had a far wider impact on television.

Eight Chinese actors play multiple roles (which can be confusing) on a wide bare stage. Travelators are used to bring them and the furniture on and off.

Celeste Den gives a powerful performance as the whistleblower, especially in the final scene when she decides to take her findings to America and leave her husband behind.

The performance is a tribute to a brave woman’s fight against government corruption and, not surprisingly, the Chinese did not want The King of Hell’s Palace staged and put a great deal of pressure on Shuping Wang and her relatives to stop its premiere.

The play takes its title from a letter by a Chinese health official who compared the human body being infected with the HIV virus to “King Yama’s demons” being dispatched into the body.

Yama is a Buddhist mythological figure who judges the dead in the afterlife and is sometimes called The King of Hell.