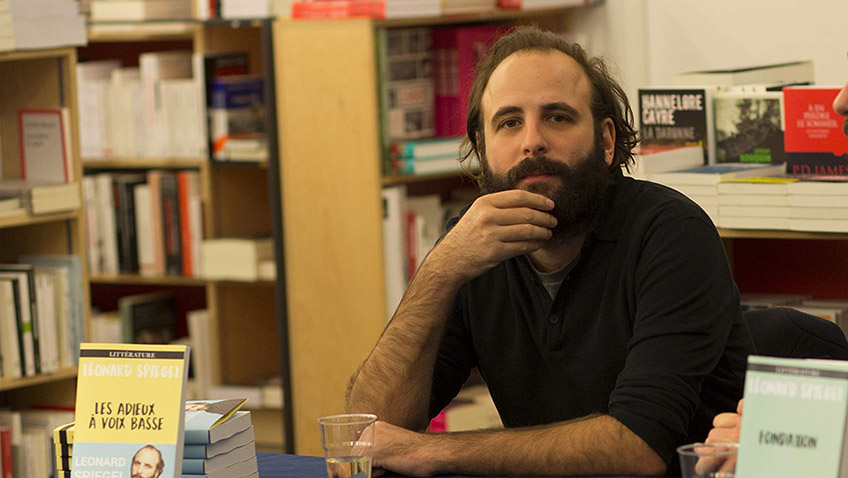 This chatty film set in the publishing world, is a very French affair

The French are as obsessed with their literature and literati as they are with affairs and good wine, so it might not be surprising that the changing face of publishing, discussed over wine and/or sex with someone else’s partner, is the subject of French writer/director Olivier Assayas’ new film. Assayas won the Best Director award at the Cannes Film Festival for his last film, the strange and rather wonderful thriller Personal Shopper, starring the American actress Kristen Stewart, but his latest is so French you can almost taste the poulet-frites through the screen. Non-Fiction

is clever, and the terrific ensemble cast deliver their abundant, fast-paced lines with amazing dexterity, but it’s like reading an entertaining book that turns out to be a lot less profound than it wants to be.

Léonard (Vincent Macaigne) with his cuddly body, beseeching eyes and intellectual’s beard, arrives at his publisher Alain’s (Guillaume Canet) office for a pre-lunch chat. Léonard is waiting to hear if his new book, Point Final, will be published, and Alain is waiting for the end of lunch to break the news gently.

But first, Alain has laid out an ambush in the form of a manuscript of Carsten Villars novel, The Swamp (and it is not a nature book), all marked up by Alain’s lawyers. Alain passed on Villars’ novel, although, as Léonard points out, it’s selling like hot cakes. While Villars writes transparent, political ‘fiction’ that Léonard admires and Alain abhors, Léonard’s new book would make him France’s answer to Norwegian writer Karl Ove Knausgard.

Assayas has a knack for building character through the most mundane details. At lunch in a crowded bistrot, host Alain, tall, lean and good looking, orders his usual: a rare steak and salad, no wine. Léonard wants a starter – terrine – and then the fish special.

The film is structured as a series of debates on the different aspects of publishing in the digital age. The topic and debate vary according to who is doing to the debating, although most often, the discussion takes place over dinner or in bed. This first debate, in a publishing company office and restaurant, covers people’s changing writing (texts, blogs) and reading (e-books, audio books) habits and comes around to Villars and Léonard’s style: auto-fiction, a kind of fictionalised biography in which family, colleagues and friends are recognisable. And Alain, as though making a point about those who dish out the dirt, brings up the sensitive subject of Léonard’s ex-wife who walked out on him. 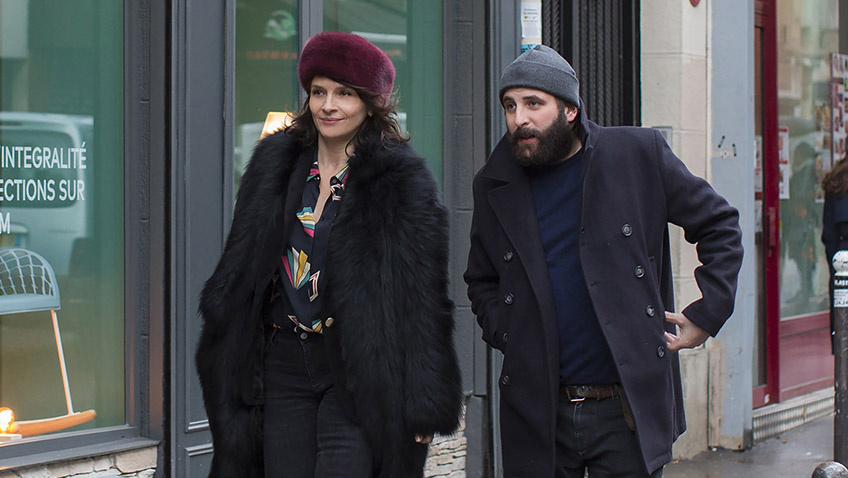 Everyone suspects that a certain character in Léonard’s book is a TV talk show host with whom Léonard had an affair. Unbeknown to Alain, his actress wife, Selena (Juliette Binoche) has been having an affair with Léonard for several years and, although she is about to end it, is taking every opportunity to see that Léonard’s new book is published. But Selena is worried that the reason he husband is not publishing the book is that he suspects (from the transparent affair in the novel) that Selena and its author are lovers.

Less sympathetic to Léonard’s rejection is his new partner, Valérie (Nora Hamzawi), a sincere aide to a dodgy politician with saintly airs, who tells Léonard to revise it and make it better. Valérie suspects Léonard is having an affair and when she puts the question to him, he changes the subject. Valérie, who will soon announce her pregnancy – does not really want to know and drops the subject. 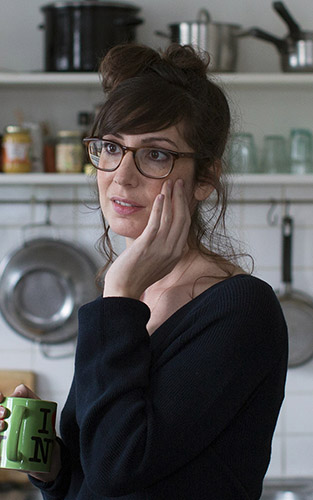 In fact, Valérie is so supportive of Alain and speaks so highly of him that we suspect they are having an affair. But Alain’s conquest is his new technology consultant, Laure (Christa Therét) a bi-sexual walking encyclopaedia of the digital era. Their pillow talk is all about digital publishing, marketing, consumer research, statistics, reading habits (Alain cannot imagine reading a book on a mobile phone) and how the internet is determining what we read. Much of it we’ve heard before. Laure spurts out information like a computer and Alain, a bit cynical and always reflective, answers back in rhetorical questions. He has to balance the commercial imperative with his gut instinct, love of literature and personal taste.

Laure drones on that writers write differently for the internet, ‘maximising key words to optimise the indexing by robots.’ She explains to a bemused Alain that consumers are not free agents. ‘Soon, we’ll put much more trust in algorithms that predict your preferences than the word of smug critics’. You cannot help thinking Assayas is also referring to film.

And the film starts to become a bit smug when Léonard is criticised by a talk show host for using Michael Haneke’s harrowing pre-WWI film The White Ribbon as a ‘joke’ in his book. And when, at a barbeque, the subject of casting for an audiobook of Point Final comes up, Alain says he is trying to contact Juliette Binoche to play the lead role. Binoche’s Selena helpfully volunteers that she has her agent’s email.

Alain tells Laure that he hired her ‘to shake things up’, but Laure, has quietly accepted a new job before she is sacked with Alain’s farewell gift of an expensive necklace. She tells him with sincere regret that she was hoping to help his company reinvent itself for the 21st century, but Alain questions whether publishing needs to be reinvented. ‘Everything changes’, Laure points out, ‘but we must choose the change, not suffer it.’ Whether we can always do that is a brilliant debate that the film throws out.

Getting dressed after their final tryst, Laure asks Alain if he remembers what the Prince of Salinas says about change in Lampedusa’s great Italian novel, The Leopard. ‘Of course,’ Alain replies, reciting the line, ‘if we want things to stay as they are, things will have to change.’ Laure ascribes the quote to the traditional Prince of Salinas who fears the future and has everything to lose in the unification of Italy. Perhaps Alain knows that the line is spoken by the Prince’s beloved nephew Tancredi, a charming opportunist who does what it takes to advance himself in the new order. If he does know, he is not letting on. Looking at Laure for the last time, he comments on how the quote resonates even more strongly today.