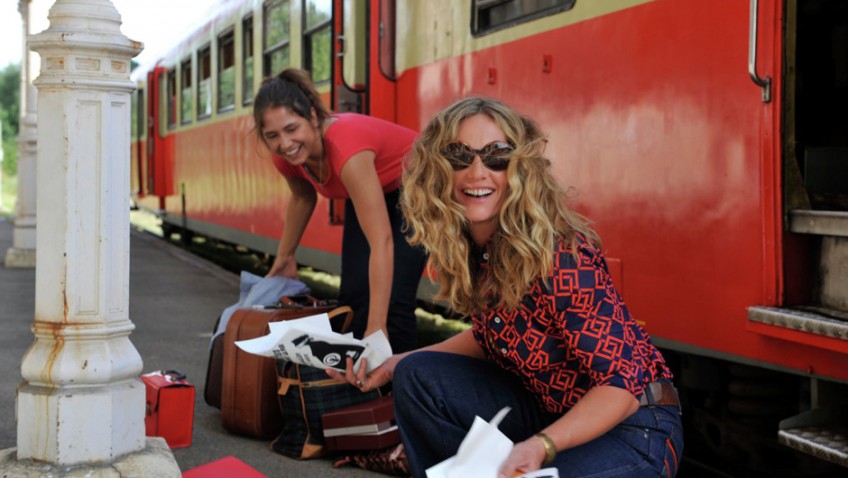 The traditional, repressive culture in the French countryside puts a damper on heated passion in a moving love story

Catherine Corsini might be best known to readers for her 2009 film Leaving, in which Kristin Scott Thomas plays a middle-class, middle-aged wife and mother whose newfound passion for a young, handsome, ex-con destroys her life.  Corsini is currently working on a film entitled, An Impossible Love which might also be the title for Summertime

, or, the much more expressive French title, literally ‘The Beautiful Season’. Set in the early 1970s in rural France and in a very politicised Paris, the central conflict shifts as the forbidden love is that between two single women. While major conflict key here is the more culturally repressed and backwards rural life that exists outside of the rapidly changing, politicised Capital of Paris.  Summertime

is no Brokeback Mountain, but Corsini creates a touching and credible portrait of a woman torn between her sexual and cultural identity: between the lure of the new and of passion and the deep, comforting call of tradition.

Delphine (Izia Higelin) is a farmer’s daughter and embraces her duties on the farm with relish.  Large, strong, boyish looking and not interested in make-up or clothes, she very much looks the part as well.  If Delphine could spare the time of day for a good looking farm boy who dotes on her, a life like that of her parents would be inevitable.  But after her chores, Delphine sneaks away for a tryst with a local village girl who is moving away. Delphine tells the girl that she no desire to leave the region, or the farm, that she loves.

But eventually Delphine does leave, when she attends university in Paris. She soon falls in with a group of feminist radicals and is smitten by its beautiful spokeswoman, Carole (Cécile de France).  Because of Carole’s radical feminist agenda, Delphine incorrectly assumes that Carole, who lives with her handsome, progressive boyfriend, is gay.   When Delphine realises her error, it is too late, and she attempts to seduce Carole, who at first appears shocked and offended.

As luck would have it, Carole discovers that she responds to Delphine’s advances and soon finds herself so addicted to their afternoon lovemaking that she stops returning home to her boyfriend each night.  Cosini captures the fun and excitement of this new relationship for both women.  In the modern city Delphine can be demonstrative in expressing her affection, while Carole is almost high on the realisation that her sexual preference is completely in line with her political agenda.

When Delphine’s father has a heart attack duty calls, and she returns home to run the farm.  Unable to bear the separation (Carole’s boyfriend has by now kicked her out), Carole invites herself to spend the summer with Delphine under the disapproving eyes of Carole’s conventional mother and the backward local farmers. The farmers are just about able to concede that Delphine is a competent farmer, but they expect her to become a farmers’ wife and leave the hard work to her husband. What is refreshing about Summertime

is not only the twists and turns in emotions, and the terrific two central performances, but the way in which the viewer is drawn in to a relationship that, at first, is awkward and clichéd. Too often we are expected to believe that inside every woman is a willing lesbian waiting to be liberated. This film, too, suffers from that assumption until the chemistry between the two women, and the sensitive, sensual direction leaves us as convinced as Carole.

One of only a few French female cinematographers, Jeanne Lapoirie, who worked with François Ozon, shows us why Delphine finds life in the Limousin so irresistible, and enshrines the blissful summer the women spend together in a golden sunlight that appears almost protective. But the sun is still shining at the train station when Delphine has never felt more vulnerable and alone.  She must make a courageous and deeply moving decision that British viewers, at least, will relate to Brief Encounter, that more famous film of forbidden love.