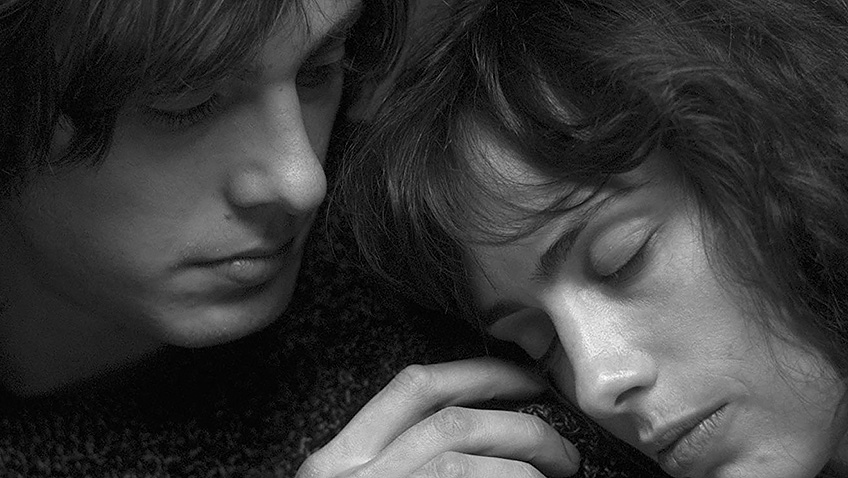 In a “typically French film” you expect a lot of eating, extra-marital sex and characters sitting around discussing philosophy and literature. There are many very good French films that are a-typical, but writer-director Jean-Paul Civeyrac’s Mes provinciales

is so thoroughly French that it is almost a parody of itself. Almost, because the setting, the characters, their existential dilemmas, their student insecurities and their navel-gazing ring so true that you are not surprised to learn that the film is, in many respects, auto biographical.

Civeyrac (My Friend Victoria, Les Solitaires, Fantômes) came from the provinces, St Etienne to be exact, to study film in Paris, just like his protagonist, who is even given the first name, Etienne. Civeyrac, like the three student filmmakers in the film, was obsessed with cinema as a young man. He went on to make films and teach at the Sorbonne for nearly 30 years where he encountered students like Etienne: a creatively constipated philosopher who thinks first and acts, well, very tentatively.

The film begins the way many French films do – with a young, good looking couple in bed. Upstairs in his parents’ house in Lyon, Etienne Tinan (Andranic Manet) is reassuring his girlfriend of six years, Lucie (Diane Rouxel), with whom he has made his one and only short film, that their love will withstand their separation. She will come visit as soon as he is settled. A philosophy student in Lyon, Etienne is going off to Paris VIII, the University that offers courses in theatre and cinema.

In Paris, he takes the place of a previous student called Oliver in a flat shared with the flirtatious, alluring Beaux Arts student, Valentina (Jenna Thiam). She tells Etienne that the students stick to themselves but like to have a good time and asks him, suggestively, if he likes to have a good time. There is not a moment in the film when Etienne looks as though he is having a good time.

He arrives late for his first day due to difficulty finding the classroom and finds himself at the end of a lecture on the waning influence of Italian cinema. Students protest proposing their own favourites, Paolo Sorrentino (who won an Academy Award in 2013 for The Great Beauty) and Mario Martone or, an auteur proposed by horror film aficionado William (Laurent Delbecque), Dario Argento (the original Suspiria), or, his contemporary, but far lessor known rival Sergio Martino. Etienne later judge’s William’s views as ‘the very picture of modern mediocrity’.

This first discussion, which spills out into the corridors, throws up the two very different students who will become the nucleus of Etienne’s student social life. Easy-going, gay, peace-maker Jean-Noël (Gonzague Van Bervesselès), who lets slip his crush on the lumbering, handsome, plaintive newcomer; and the redoubtable, volatile, cinephile Mathias (Corentin Fila), an idealistic, angry young man whose indelicate opinions alienate more people than they attract. The one thing all the students have in common is that they are from the provinces, and new to Paris.

Despite Jean-Noël’s encouragement, and offers to help cast and produce his required short film, Etienne gravitates towards the negative and elusive Mathias who flatters Etienne by tolerating him. But unlike Jean-Noël, who is around all the time.

Mathias disappears for long periods, returning to say he has nearly finished a new film. Everyone speaks about how brilliant his films are, but there’s no evidence anyone has seen one. Etienne is intrigued with this independent outsider who does not seem to need any one’s approbation. And because this is university, where everyone is naval gazing, no one, especially Etienne, can imagine that Mathias is the most vulnerable of them all.

Etienne does not have to try very hard with the girls, either, and here is where the title comes in. The English title suggests Gustave Flaubert’s novel, Sentimental Education

, about the romantic life of a student during the 1848 Revolution. Although Flaubert is one of the many writers mentioned in student conversations, The French title will remind French audiences of the rebellious teenage poet Arthur Rimbaud’s Mes Petites Amoureuses (My Little Lovers)

. It is also, and more importantly perhaps, an open reference to Blaise Pascal’s Lettres Provinciales, a philosopher favoured by Etienne for his influential and controversial satire on the Jesuits.

The only woman who rejects Etienne’s advances is Valentina’s replacement, Annabelle (Sophie Verbeeck), a career activist who has no interest in little boys dabbling in film when politics and real-life beckon. This dichotomy is probably a reference to Jean-Luc Godard whose inner conflict about political cinema after 1968 was parodied in the recent French film Redoubtable.

But Etienne is less interested in French filmmaker’s past or present than in the Soviet filmmakers, first and foremost, Sergei Parajanov. In an attempt to prove Annabelle’s views on cinema wrong, he invites her to a screening of Parajanov’s masterpiece, The Colour of Pomegranates, a hypnotic film that puts Annabelle to sleep, although she acknowledges its merits. This a scene that Woody Allen might have treated with humour, but no such luck here.

In this student life of intellectual name-dropping and book exchanges you cannot help but think that Marlen Khutsiev’s Ilrich’s Gate from 1962 (famously re-edited after criticism from Khrushchev and renamed I Am Twenty in 1965) is one that helps Civeyrac as much as his characters. Khutsiev’s film is, like this one, about three friends on the verge of adulthood.

After breaking up with Lucie officially, who tells him he loved cinema more than her and she wasted six years of her life, he returns to Paris and continues to alienate everyone else. While Etienne only starts – he has to be dragged out of bed – and finishes his student short film with the help of friends, he learns that Jean-Noel has a career as assistant to an up and coming filmmaker, William is forging ahead with his career, and Etienne’s hero, Mathias has made his last film. Etienne realises too late that he never even knew where Mathias lived. He fails his entry exams into La Fémis and moves in with Barbara, a woman who has been quietly pursuing the melancholy filmmaker with a mop of hair and the dark brooding eyes of a poet. Still trying to carve out his place in the world, he stares out the window of the couple’s flat, contemplating life through Civeyrac’s black and white cinematography and evocation of a by-gone era.