Home / LIFESTYLE / REVIEWS > / FILM REVIEWS / It’s a truly feminist film, but these bosses should have ordered a new script 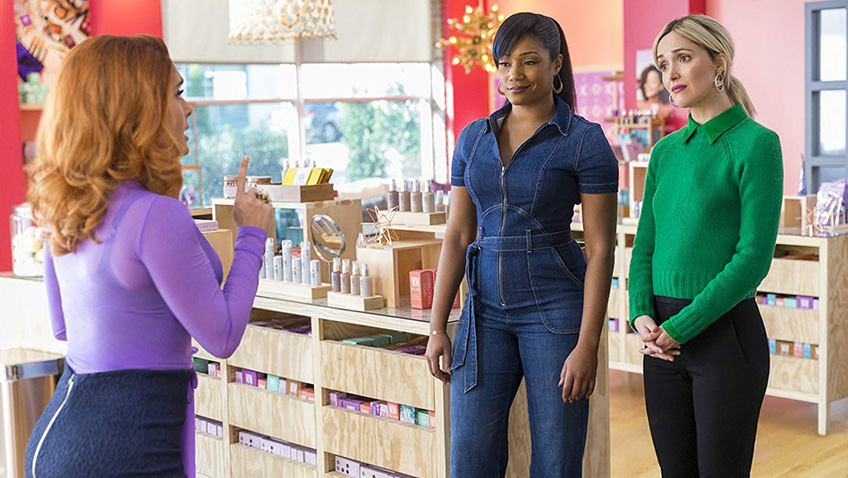 It’s a truly feminist film, but these bosses should have ordered a new script

is a feminist movie directed by a man and written by men, although male characters play a relatively minor and subservient position in a story, conceived by a woman: Danielle Sanchez-Witzel. While there is no shortage of comedies set in an office with strong female executives at the top, like Little, The Intern, The Boss, The Proposal, and Picture Perfect, what distinguishes Like a Boss

is that it is about two female best friends who form a company targeted by a woman with a Miss Havisham complex. Miguel Arteta (Alexander and the Terrible, Horrible No Good Very Bad Day, Cedar Rapids, The Good Girl) is a good director, and while the filmmakers never lose sight of the core female friendship, the talented cast are underserved by an uneven script that, even at 83 minutes, feels padded and low on laughs.

Mia Carter (Tiffany Haddish) and Mel Paige (Rose Byrne) have been best friends and roommates for so long that when we see them brushing their teeth together in a his and her bathroom, they look like an old married mixed race couple supporting the adage that opposites attract.

Mia and Mel are, in many ways like chalk and cheese, but when they start cosmetics company Mia & Mel together with two employees, the kind, easy-going Sydney (Jennifer Coolidge) and lab technician Barrett (Billy Porter) their clashing personalities prove a winning combination. Mia is the wild, creative one who comes up with the ideas and Mel, who keeps the books and the office/showroom tidy, is the practical one with the business mind. Their concept, which is consistent with their tight friendship and independence, is a make-up for women that women wear to feel good about themselves, not to be attractive to men.

When the successful entrepreneur Claire Luna (Salma Hayek, over the top in a bad way) sets her sights on Mia & Mel and wants a controlling interest in the company (negotiated down to 49% but with strings), the partners’ tight friendship is severely tested. This being what Luna wants, she has stipulated that if the partners split up, she will own the company.

While Mel is aware the company will go bankrupt without the cash injection that the cunning Luna offers, she has kept the secret from Mia, for fear of upsetting her. Now that it’s crunch time, Mel sucks up to Luna, convinced they have something to learn from the multi-millionaire self-made boss of Oviedo cosmetics. Luna, jealous of the partnership which reminds her of the one on which her own company was born, is determined to drive a wedge between the friends. Unaware of Luna’s hang-up, an unassuming Mel begins to lose sight of the concept behind her and Mia’s brand. 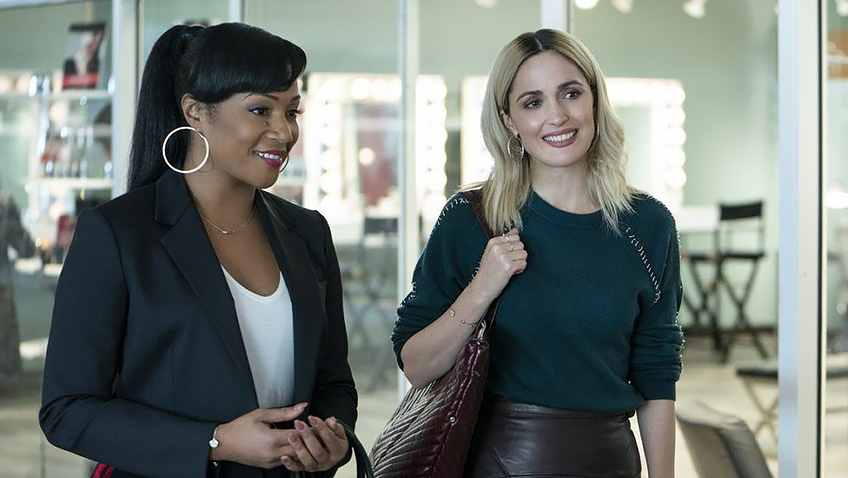 Rose Byrne and Tiffany Haddish in Like a Boss

The first test from their unscrupulous investor comes when Luna demands that loyal, lovely and long-serving Barret, who still grinds the make up by hand, is superfluous as the Mia & Mel brand will now be made industrially. The second comes when a pair of allegedly straight men are hired to reposition the brand as made up faces that will attract the male gaze. By the third test, Luna has gone too far, even for Mel.

The financial shenanigans aside, the frequent scenes with Mia and Mel’s friends, intended to remind us of all that the women have given up for their work, feel superfluous and the humour is often crass and stale. Scenes with Luna’s emasculated male assistant Josh (Karan Soni) should be a lot funnier than they are. 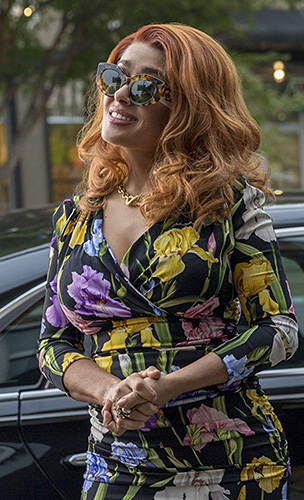 It also feels all wrong that in the fight back scenes, Mel and Mia would turn as nasty as Luna when they, and their company, operate on higher principles. A scene involving clumsy physical comedy where they use foul language and push Luna over in front of a crowd of potential customers, is not only bad business and out of character, but illegal as it represents assault. Both could be excluded as company directors. Also on the minus side, is an underwritten denouement that comes out of left field.

On the plus side, the chemistry between Haddish and Bryne is so good we can believe in their partnership and friendship. Their interaction affords the film’s best scenes and only laughs. This is also one of the few films where the two women are close friends and live together but are not lesbians. Moreover, they do not spend their free time talking about meeting men or having babies or what they are missing by not storing their eggs. Mia has an active sex life, but her choice of young, handsome men suggests she is not serious about settling down. Mel’s sex life is less obvious: we see her dismissing a handsome stud who comes downstairs but doesn’t get breakfast.

It is apparent that Mel and Mia are, like many husbands in films over the last century, married to their jobs with little time for domestic life. The idea of a feminist cosmetic brand that is natural and meant to bolster the happiness of the wearer as opposed to the ego of the male onlooker, is so good that you wonder why the partners do not hire a consultant to tell them why, after four years, they haven’t broken even.