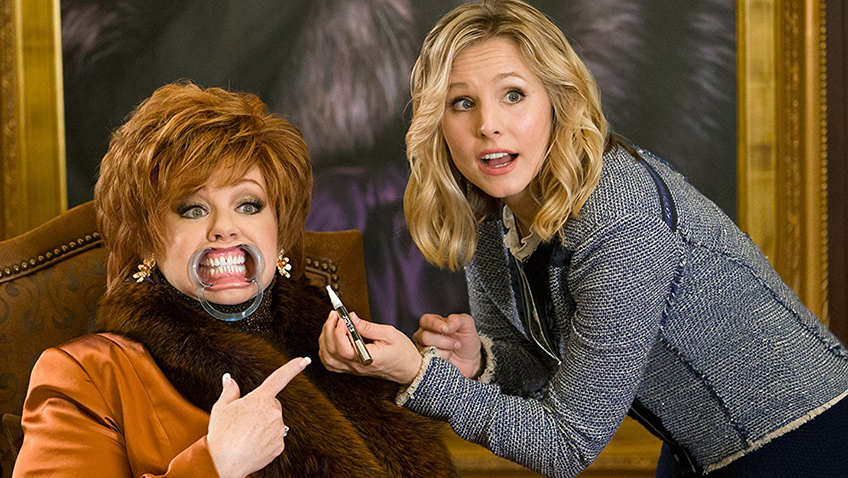 It’s time for Melissa McCarthy to get a new boss

If Paul Feig’s hilarious 2011 comedy Bridesmaids was Melissa McCarthy’s break-through film, it might also have been her undoing.  After making the most of her large size, she stole the show in Bridesmaids and was nominated for an Academy Award, the pressure was on to turn her into a leading lady. When McCarthy has strong co-stars, as in The Heat and Spy, the results vindicated the decision, even if her co-stars, including Sandra Bullock and Jason Stratham and Jude Law tended to steal the limelight. McCarthy was meant to carry the film’s Identity Thief and Tammy, and both — written and directed by McCarthy’s husband, the actor/writer/ director/producer Ben Falcone – were duds.

This year, McCarthy is very much the leading lady in the eponymous Boss, also produced, directed and co-written (with McCarthy and actor Steve Mallory) by Falcone.   While there are a few laughs in the first half of Boss, and some nice casting, it’s time for McCarthy and Falcone to split up at work.

We see Michelle Darnell as a 5, 10 and 15-year-old being rejected by foster parents and returned to a Catholic orphanage in tears of rage, humiliation and defiance. Though lonely, Michelle cultivates a hardened layer of skin so that she cannot be hurt again. Determined to be self-sufficient rather than at the mercy of false charity, Darnell moves to New York and works her way to the top by sheer hard work and, it must be said, ruthless duplicity.

Distrustful of those who are after her business deals and fortune, Michelle has the perfect excuse to push people away from her the minute they start to become close. She burns bridges and while demanding loyalty of her associates and staff, does not always reciprocate.

This is the set-up for the comedy that sits uncomfortably on this psychological premise. Peter Dinklage plays Renault, the former lover and now fabulously wealthy competitor whom she double crossed in more than love.  Renault is now after revenge and knows how to take advantage of her glaring weaknesses. Dinklage is a very good actor but he struggles to make anything of this thankless role.  Kathy Bates shines in a cameo as Michelle’s mentor, and Kristen Bell is excellent, and entirely credible, as Claire, Michelle’s long suffering assistant and single mother.

In many films you can admire a high concept premise and lament how it was let down by the script, but not here.  It is doubtful that a comedy could ever be made about a psychologically damaged woman who goes bankrupt and finds that her hang-ups impede her financial recovery. There is nothing fun about watching the self-destruction of a very large, bombastic woman who most people want to avoid. 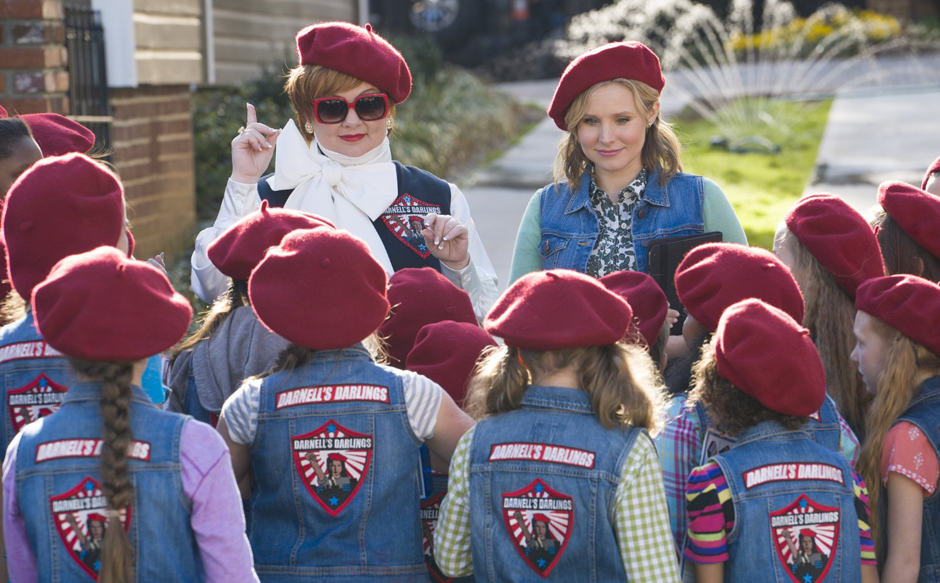 Kristen Bell, Melissa McCarthy and Aja Wooldridge in The Boss

The writing of the bits that could have been funny is curiously unimaginative and misguided.   Michelle  launches a successful business venture with Claire, but believes that Claire is operating behind her back to sell her share to Renault. Or else she fears that things are going too well and that Claire and her daughter (a delightful Ella Anderson) are getting too close for comfort. Moreover, the efficient and talented Claire is coming into her own and Michelle, never one to enjoy seeing others thrive, is a bit jealous.  In an impulsive moment that she quickly regrets, Michelle unlawfully sells the business to Renault.

Here, the film, which was starting to regain momentum, suddenly stops. It makes no sense that she would sell a money-making new business just to remind Claire and her daughter that she is the boss. Another problem arises because the filmmakers have to come up with a way for Michelle to get the business back from Renault. We pray for some clever, funny and triumphant solution, but what we are given is the very opposite. The gags fall flat and the toilet humour that has stood McCarthy in good stead in other films seems here like a desperate attempt to distract us from a failure of wit.

It could be that with McCarthy and her husband running the show, there was no one to stand back and provide an objective opinion of the script before it was too late. Or no one dared.  In many cases, an artist must stand his or her ground against lesser minds and visions, but this is a case of comic myopia or wishful thinking.