Home / LIFESTYLE / REVIEWS > / FILM REVIEWS / Bridesmaids, for all its pluses, isn’t a match for the The Hangover 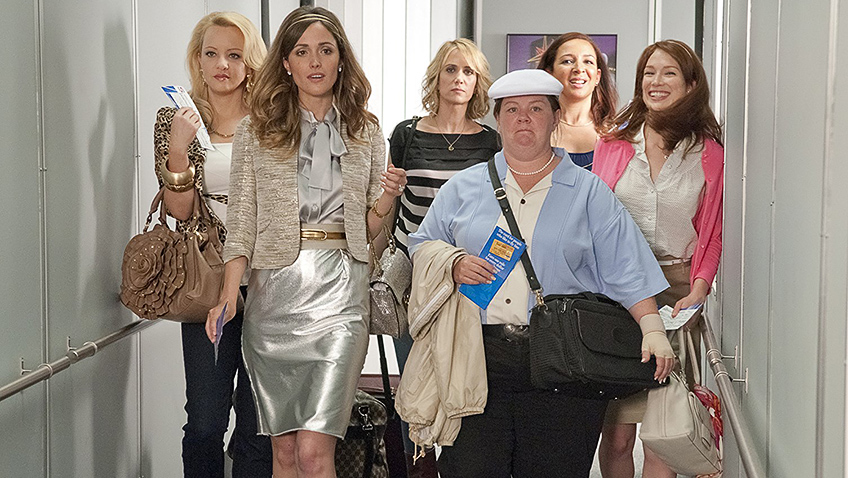 Bridesmaids, for all its pluses, isn’t a match for the The Hangover

is the hit comedy that The Hangover Part II wasn’t.

In The Hangover Part II, released a month ago, a group of bridegrooms behave badly, but the film has no charm or humour. While that bunch of 30-something males failed to make us laugh, these eponymous bridesmaids behaving badly, led by co-writer Kristen Wiig as the masochistic Annie, prove more capable. Alas, too many milked gags that go on too long, a superficial take on the wedding game and the inevitable appearance of scatological jokes and gross out humour means that Bridesmaids

, for all its pluses, isn’t a match for The Hangover.

Ever since Annie’s cake shop business went bankrupt, her self-esteem has plummeted. It’s so low that she pretends to enjoy a sexual relationship with Ted (Jon Hamm) an egocentric, handsome playboy. Even more pathetic, he isn’t even that good in bed and asks her to leave before breakfast.

Through one of Annie’s mother’s AA contacts, Annie has landed a job in a jewellery store, where, imaging her own relationships, she tries to discourage young couples from buying wedding rings. Her patient boss has put her on notice. As if matters weren’t bad enough, she can’t afford to have her brake lights fixed and is stopped by an Irish traffic cop (Chris O’Dowd), about to add to her debt with a ticket. Annie is in no mood to get lost in Officer Rhodes’s bedroom eyes or friendly smile, and when he tears up the driving violation ticket, she has no inkling of an ulterior motive. 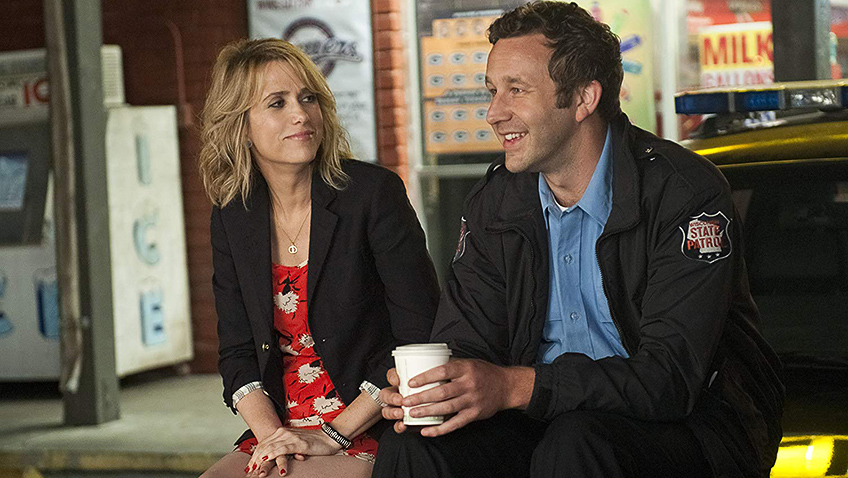 Bad as things are, at least Annie has Lillian (Maya Rudolph) — her oldest and closest friend. The two confide in one another daily and when Lillian becomes engaged, Annie becomes Lillian’s maid of honour. But when the well-married socialite Helen (Rose Byrne from TV’s Damages) poses a threat to Annie’s best-friend status, Annie becomes increasingly unhinged as her rival scores points in default. Annie’s downward spiral is painful to watch, but not without its comic rewards.

Rose Byrne is appropriately obnoxious and vulnerable as Annie’s poor-little-rich girl rival and Annie’s reactions are only slightly exaggerated. Still, you have to be willing to believe that a thirty-something woman would act so childishly over a ‘best friendship’, even if Annie is a particularly weak one at this point. 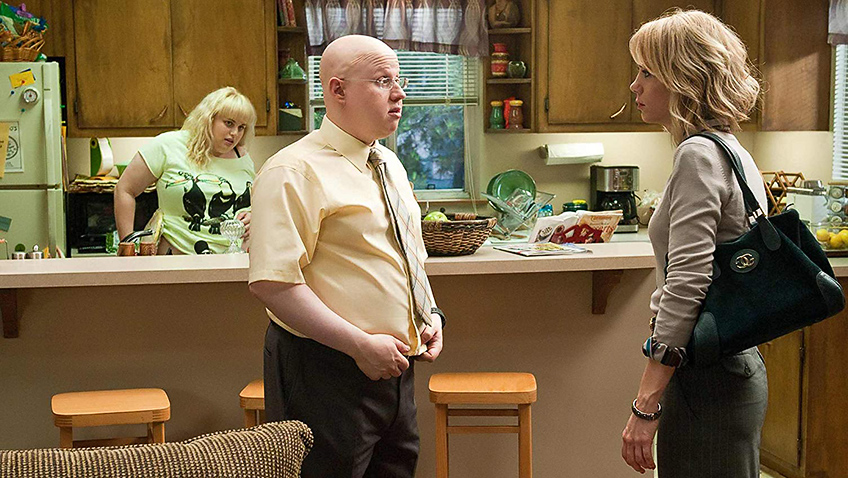 Melissa McCarthy excels as the groom’s brainy, macho sister who approaches a male passenger in the plane to Vegas with one of the most original pick up lines in cinema history. The undisputed star of the film, however, is Kristen Wiig with her inventive and nuanced performance. She is a natural comedienne with, it must be said, too much intelligence to be entirely credible in some scenes. The late Jill Clayburgh so believable as Annie’s mother, is perfect in the only role for an older woman. Sadly, Clayburgh died of Leukaemia, age 66, before the film was released. Ironically, she won an Academy Award for her starring role in An Unmarried Woman. Will Annie claim that title?

To his credit director Paul Feig delivers the conventions of the genre without sinking into the formulaic. This attempt to turn a wedding movie into something else, however, is not entirely successful. While the Annie/Rhodes romance is a delightful interlude, it sometimes feel tacked on. The relationship between the maid of honour and Officer Rhodes is, in a film entitled Bridesmaids

, the subplot, and, functionally it contributes little to the main plot. Annie’s realisation that Rhodes is someone who wants her to stay for breakfast, for example, isn’t credited with helping her patch things up with Lillian or Helen. 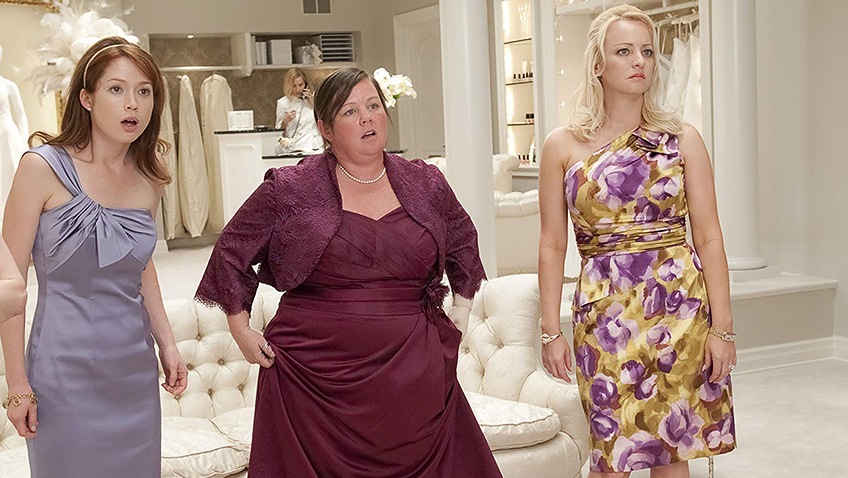 has plenty of laughs and some wonderful characters, but there are patches where humour takes a back seat, not least in the ‘bad lunch’ scene at the bridal fitting. If the film could use just a few more hilarious scenes or lines, its main problem is, ironically, one of excess. Too many gags – such as the early engagement party scene in which Annie and Helen compete for making the best speech – go on too long.

A scene in which Annie tries to get officer Rhodes to arrest her drags on so long that we start to question whether it was all that funny to begin with. To Feig’s (and co-writers Wiig’s and Annie Mumolo’s) credit, there is time to build the characters and the film never feels like it has been frantically edited to cater to short attention spans. But the cumulative effect of this excess is that the comedy is diluted over its 125 minute running time.