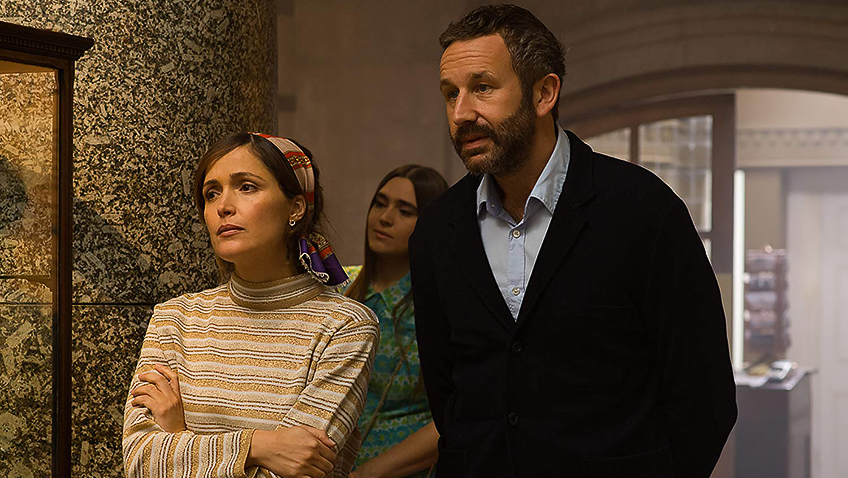 Author Nick Hornby and director Jesse Peretz (TV’s Girls, TV’s Glow) are both obsessed with popular music. Hornby was the music correspondent for The New Yorker before writing novels about musicians and their fans. Peretz has made several films after founding the Boston-based rock group Lemonheads. Both men are also drawn to slightly off-kilter romantic comedies. This happy combination, along with a trio of talented American scriptwriters draw us into an irresistibly romantic premise that is pitch perfectly brought to life by Ethan Hawke, Chris O’Dowd and Rose Bryne as the long-suffering Annie Platt. The film goes down such a treat that you might not even notice that while this is Annie’s story, she is not half as much fun, or believable, as the two child-men in her life.

Annie Platt is approaching 40 and is locked into a 15-year, dead-end relationship with Duncan Thomson (O’Dowd). A university lecturer in media, he was the most eligible single man to arrive in the sleepy British coastal town of Sandcliff where she replaced her late father as curator of the local history museum. Annie has become resigned to the fact that Duncan is not the best catch of this former fishing town. For one thing, he does not want children, and for another, Annie has to share Duncan with the 90’s singer/songwriter Tucker Crowe.

A room in their quaint house (the film was shot in Broadstairs and Margate) is a shrine to Crowe whose appeal escapes the ever-tolerant Annie. Shrine is the operative word because Crowe disappeared from the music scene 25 years ago after the release of his album Juliet. Sandcliff is the unlikely centre of the cult of Tucker Crowe and fans the world over flock to Duncan’s site. But Annie is not one of them. Between preparing the upcoming ‘Spirit of ’64’ exhibition at the museum and keeping tabs on her grown, but needy younger sister, (Lily Brazier) life ticks on, as do Annie’s career opportunities and her biological clock.

Then one day, a CD arrives in the mail for Duncan which Annie automatically opens. Curious, she listens to it, underestimating Duncan’s puerile reaction to this trespass. She shouldn’t have, as the CD is not only from Tucker Crowe, but is the original demo recording of his album Juliet. In fact, Annie dislikes it, and, furious with Duncan for his tantrum, she writes a scathing review on Duncan’s website. A short time later, still fuming, Annie is astonished to receive a message from Crowe himself who agrees with Annie’s negative comments. Suddenly, her nemesis and rival is a human being. As the two exchange emails, he becomes a far more interesting human being. 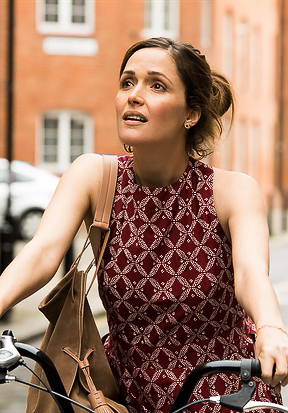 While this clandestine correspondence is taking place, Duncan’s predatory colleague Gina (Denise Gough) discovers that the best way to this man’s heart is through his obsession with Tucker Crowe and claims an interest in Crowe. Duncan admits that ‘television is my mistress,’ and Gina knows how to finish the sentence: ‘but you’re married to Tucker Crowe.’

Duncan’s affair with Gina is the perfect excuse for Annie to follow up on her ironic interest in Crowe, as though her character needed a righteous catalyst for leaving Duncan. Would she really have stayed with him for the rest of her life had she not posted that nasty review, or if she had not discovered Duncan’s affair?

The writers, who include Jesse’s sister/collaborator Evgenia Peretz (Our Idiot Brother, Theo Who Lived) Jim Taylor (Sideways, Election) and Tamara Jenkins (High Fidelity, About a Boy) deliver two delectable scenes in which Crowe and Duncan meet, but to say more would be a spoiler.

For most of the second half of the film we follow Annie as she ventures into an unknown territory (and across the Atlantic) only to be overwhelmed at the discovery that Crowe has a lot more baggage than just Juliet. In Pennsylvania, he lives rent-free in an out building behind his ex-wife’s house, which is convenient for both, as Crowe is close to their perceptive, sensitive son Jackson (Azhy Robertson). But Jackson has half-siblings a barely knows and will soon be an uncle.

Annie, but not Duncan, learns that the only reason Crowe issued the demo-tape was to raise enough money to fly to London where his estranged daughter Lizzie (Ayoola Smart) is having a baby. While Duncan ignorantly worships the new CD, for Crowe it was a means to an end. But Crowe’s antagonist reaction to Duncan’s blind praise for the CD and his disappearance from the music scene is tied up with his complicated family life, the key to which is Juliet. Duncan is entitled to his opinion. 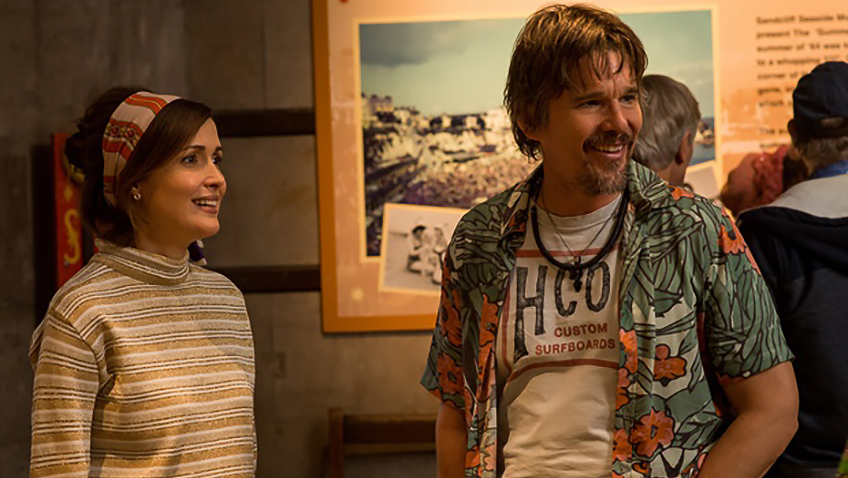 Whether it is real-life fatherhood or playing a father year after year in Boyhood, Hawke is in his element as the middle-aged lothario who is forced to confront his brood and is overwhelmed by his inability to make catch up and make amends. While this is arguably O’Dowd’s best performance since his breakthrough role in Bridesmaids, it is Hawke’s movie, and the Academy should give him the Award he earned, but did not receive, for the ‘Before’ trilogy and Boyhood.

There is a thrilling, and moving scene at the opening of Annie’s 1964-themed exhibition when Crowe, embarrassed to be introduced as a famous American pop star, is invited to perform. As Annie rushes to his rescue, he surprises her by walking up to an old piano and singing; not one of his pieces, but the Kink’s Waterloo Sunset. He modestly explains to the small crowd the connection with the train station, the significance of which is not lost on Annie. This scene is one of several instances where the filmmakers have improved upon the underlying novel

Other changes are less welcome. It might be difficult for women to accept the suggestion that Annie would have a future with this impecunious womaniser, no matter how charming Hawke makes him. Annie might desperately want a child, but for Tucker, another child represents a way back into his music and another chance for redemption.