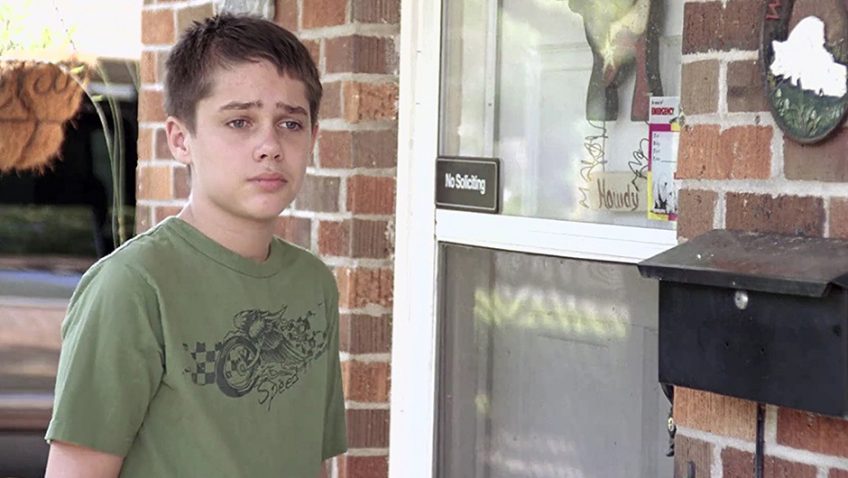 The annals of cinema are clogged with biographies of famous heroes or fantastic true stories that have been turned into dull, disappointing films. But only a visionary like Writer/Director Richard Linklater could turn something as nebulous and mundane as an ordinary, fictitious childhood into a riveting, cinematic masterpiece. It is not easy to put our own lives in perspective, but even if you were never a boy, you will recognise something of yourself growing up in this wise and wonderful film.

Linklater’s Before Sunrise, Before Sunset and Before Midnight trilogy has already established him as a master at shifting from the intimate to the epic, enabling us to see ourselves in his stories and characters. Like that trilogy, Boyhood

combines the spontaneity of improvisation, the naturalness of a documentary and the insightful, structured poetry of a great script: one written in a sparkling collaboration between Linklater and his actors.

In the ‘Before’ trilogy, Linklater tracked a couple’s romantic development over ten-year intervals. In Boyhood

, he goes one step further and tells the story of a boy’s coming-of-age from 6 to 18 using the same actor, who also changes physically and comes of age before our eyes.

The boy, Mason, played by then-unknown six-year-old Ellar Coltrane from Austin, Texas, has a family, and this family is also played by the same actors over the years. Linklater’s male muse, Ethan Hawke, plays Coltrane’s father, Mason Snr who is divorced from his mother Olivia (Patricia Arquette) when the film begins. Olivia, a loving, struggling single mother, is determined to further her education and teaching career and provide for her children, even at the cost of uprooting them from their schools and friends.

Olivia makes a couple of disastrous trade-offs when she remarries a man whom she considers strong and responsible to secure a healthy family life. In several truly harrowing scenes, we see well-off professor Bill (Marco Perella) reveal his true colours in a superb supporting performance.

Mason Snr is a good man, but was immature when Olivia became pregnant. Frightened, he was not ready for marriage and fatherhood. When he returns from a two-year stint in Alaska at the beginning of the film, he wants to become a part of his children’s lives, but has to learn how. Mason Snr’s naive hope of getting back with Olivia being quickly dashed, he rooms with a fellow musician. The bachelor digs are unsuitable for bringing the kids over on weekends and we sense that Mason Snr is already shedding his peripatetic lifestyle.

Though it goes against his grain, Mason Snr eventually buckles down to become an insurance salesman and, when he remarries Annie (Jenni Tooley), he trades in his sports car for a family sedan. Is this what boys have to look forward to when they become men?

Later in the film, when young Mason’s first love has ditched him for a popular ‘Lacrosse’ player, Mason Snr warns him, ‘Don’t hand over the controls of your self-esteem to anyone.’ He also tells his son that timing is everything with women. In a touching scene at Mason’s high school graduation party Mason Snr thanks Olivia for the great job she did bringing up their children. Olivia might remain too blind to recognise what a good father Mason Snr has become. Then again, she might not wish to recognise that he has finally grown into the man she wanted to marry. 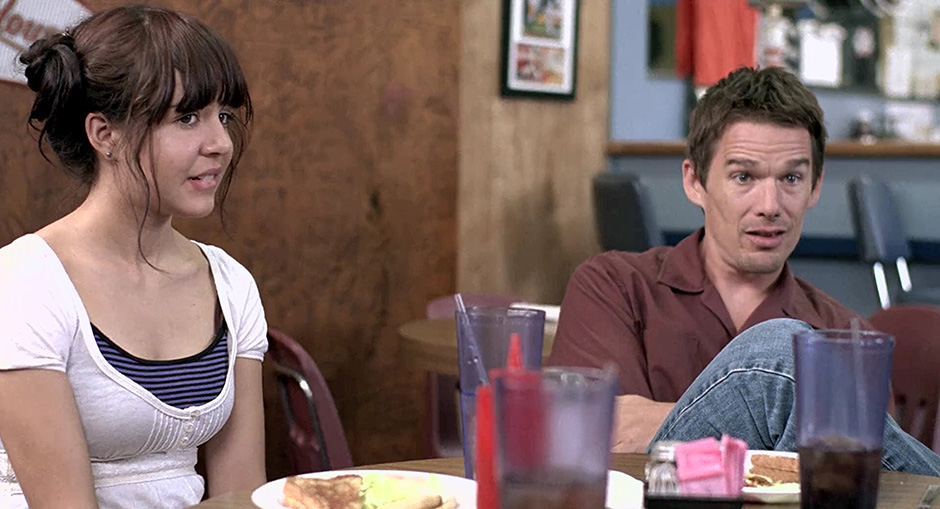 Linklater’s 9-year-old daughter Lorelai Linklater plays Samantha, Mason’s extroverted, teasing and bossy older sister, who, in the early scenes, steals the show with her funny, attention-getting antics. When Mason Snr discovers Sam has a boyfriend and is trying to warn her about safe sex, she has become a pretty, mature, but still strong-minded, blushing teenager. It is fascinating to watch the actors change along with the characters they portray.

Linklater shot the film over several days a year between 2002 and 2013, writing the brilliant dialogue, sometimes the night before filming. All of life – including Mason’s his first camera and his formative camping holidays with his dad – is packed into this sparse shooting schedule without resorting to lazy, expository dialogue to fill the gaps.

When Annie’s conservative, red-neck parents present Mason with a personalised bible and a rifle for his 15th birthday – that says it all. But we know the new grandparents’ influence will not mark Mason. When he asks his father if they were baptised, Mason Snr answers with a sardonic look: ‘I am not the least bit concerned with the state of your soul.’

At once hilarious, distressing, moving and profound, Boyhood

captures the inchoate process by which the vicissitudes of family life, friends, bullies, teachers, employers and lovers shape a person and turn a boy into a man.