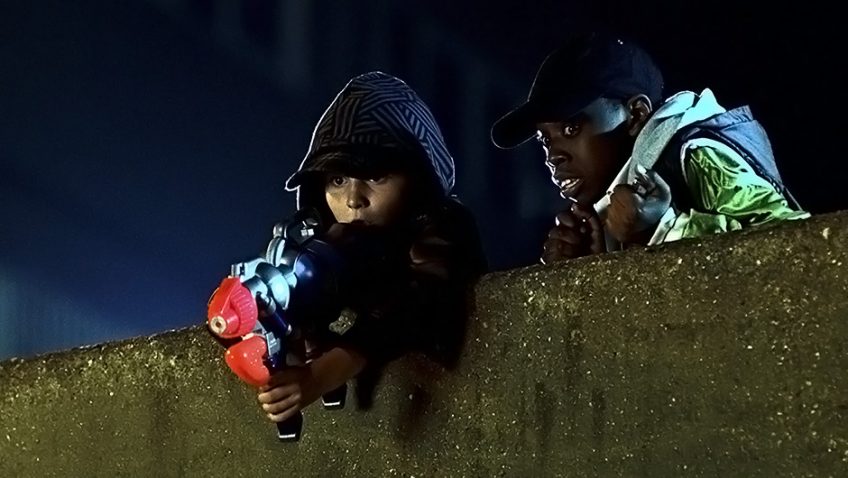 is a rarity: a publicly funded British film from a first-time feature film writer/director that actually exceeds expectations. It’s also surprising that the title of writer/comedian Joe Cornish’s (The Adam & Joe Show) first feature is an homage to a little known (but unforgettable) South Korean film called Attack the Gas Station; a wild comedy about two rival teenage gangs who take over a gas station and hold the employees hostage. Cornish’s film presents us with a gang of young criminals from Wyndham House council flats in South London, but the real conflict comes from killer creatures from outer space.

A newly qualified nurse, Sam (Jodie Whittaker, Venus) is mugged and terrified on her way home by a gang of five masked and hooded youths, headed by, she later learns, 14-year old Moses (John Boyega), who looks 18. The mugging is interrupted when a meteor falls on a nearby car and Sam takes advantage of the chaos that ensues to run home. The stunned boys are in turn attacked by a fierce creature that seems to have arrived with the meteor. They kill it and drag its carcass around like big game hunters with their trophy. The trophy is soon revenged when hundreds more creatures arrive like an infestation of giant furry black killer bugs.

Sam runs into her assailants again when they discover that they live in the same building. Also in the building (which otherwise appears empty) are two nerds: Ron (Nick Frost from Shaun of the Dead, Hot Fuzz and Paul) who’s in charge of growing ‘exotic plants’ in a green house on the roof of Brewis’s flat; and Brewis, a brilliant, but dopey young music geek (Luke Treadaway from Clash of the Titans and Killing Bono).

When Sam’s flat is attacked, the muggers turn protectors and Sam joins the gang to combat the mysterious creatures. But first they have to figure why it is that the creatures only seem interested in Moses and those who come into contact with him. 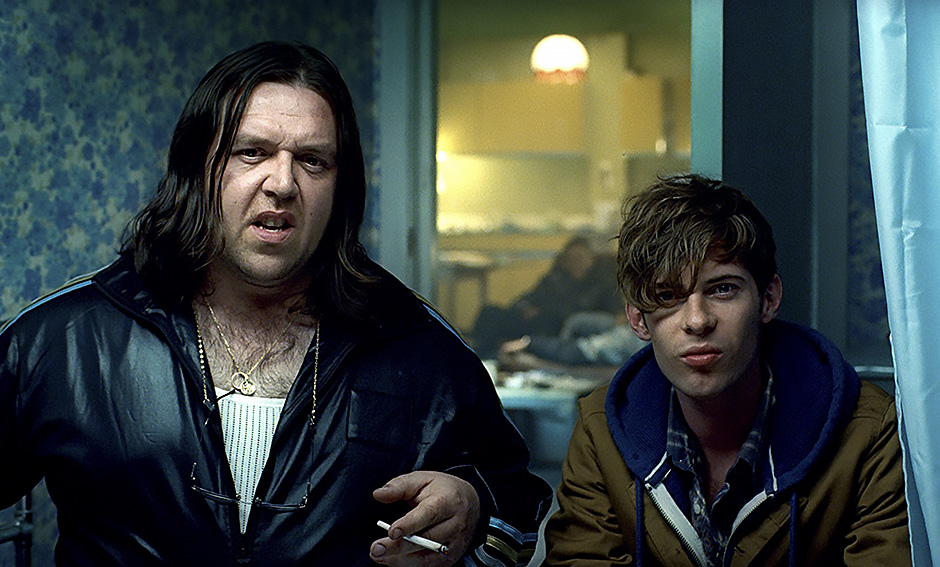 Nick Frost and Luke Treadaway in Attack the Block

Cornish has assembled a credible cast of non-actors and experienced actors, and gives the gang members plenty of slang and authentic dialogue. The dialogue and casting is matched by the convincing interaction between the residents of the estate – or at least those we encounter.

Sam is naturally reluctant to trust the very people who mugged her, but realises they are harmless in the face of a more immediate and menacing common enemy. The boys also apologise after realising Sam is a nurse and lives in their block. Here again Cornish incorporates into the plot and action some insightful social commentary that could go unnoticed. In their jaded minds, mugging a stranger who is a secretary for an insurance company is cool, but not a poorly paid nurse from their own estate.

The gang’s gradual transformation from repugnant thugs to human, and even likeable, kids parallels the change in their position from attackers to frightened victims. Sam also transforms from an invisible victim to a valuable ally and a courageous fighter.

Thankfully, despite this transformation, Cornish refuses to let the boys off the hook or excuse their initial actions. Moses does become a hero in a suicidal bid to rid the estate of the monsters once and for all, but he still has to face society and the police as a mugger. Cornish scores points, too, by avoiding moralization and sentimentality or allowing the film to take itself too seriously. That the special effects are clearly low budget is consistent with the nature of the comedy, while Thomas Townend’s inventive, versatile cinematography is explicit and classy. 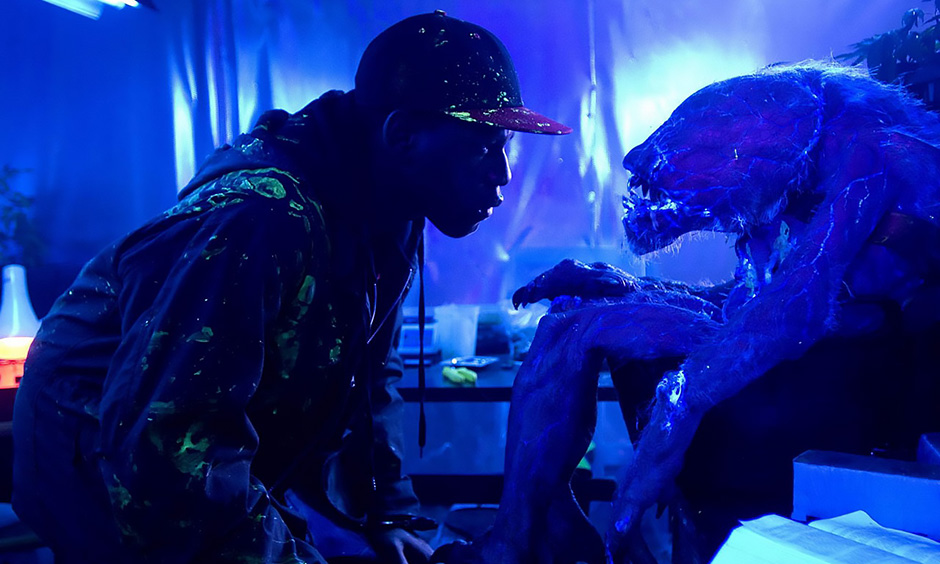 John Boyega in Attack the Block

There are some teething problems. Since Cornish is careful to place the film in a realistic, contemporary setting rather than in a comic book or science fiction world, we are puzzled by the absence of the police in the block, given all the chaos. We see them on the street at one point but there’s no explanation as to why they fail to enter the block. Even at the end, they never seem to see the creatures whose bodies are everywhere.

Two young boys (on their way to becoming gang members themselves) and some teenager girls figure in the action (the girls express disapproval of Moses’ conduct) but the other residents, for example, the middle aged mum and dad and young children are absent. There’s no explanation as to where the creatures come from and whether they will simply disappear (if indeed they do) as a result of Moses’ temporary solution.

The film has no real subplots and the action, set in one location, becomes repetitive in the middle of the film, although you’re never bored. Treadaway provides an effective comic counterpoint to the gang, but Nick Frost contributes little with an unfunny character that is little more than an outdated cliché.

does not quite achieve that universal human element that transcends the plot and gives a film an epic or metaphorical quality and haunting characters. Still, Cornish shows a sophisticated imagination and fresh ear and eye. Attack the Block

deserves to be a hit that will remind audiences that there’s (sometimes) more to the British film industry than Pride and Prejudice and The King’s Speech.