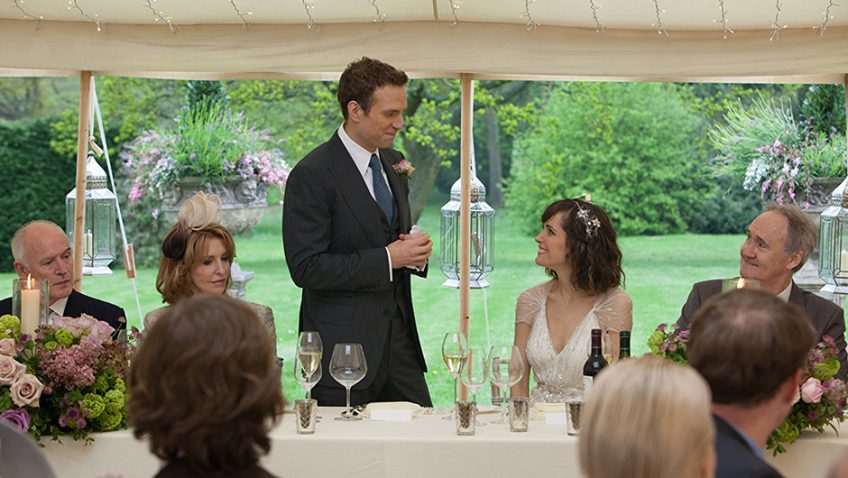 Dan Mazer’s romcom offers us so little to laugh at

In I Give It a Year

, the actress Rose Byrne, who attracted attention for her role as a probing young lawyer in the television series, Damages, looks like Keira Knightley. She not only pouts her lips, but has chiselled features and high cheek bones, pale white skin, and medium- length slightly wavy dark brown hair. Her acting skills are also similar – and are less in evidence than her very thin frame. But in writer/director Dan Mazer’s subverted romcom about mismatched newlyweds, no one delivers career bests, least of all Mazer, (producer/scriptwriter on Ali-G, ‘Borat: Cultural Learnings of America for Make Benefit Glorious Nation of Kazakhstan’, and ‘Bruno’).

Nat (Byrne) and Josh (Rafe Spall) fall in love at first sight and marry shortly thereafter. Josh loves the fact that Nat is a high-flying advertising executive and Nat is attracted to the romantic notion of a struggling author. They have a big expensive wedding, which gives Best Man Danny (Stephen Merchant) a chance to make us groan with his vulgar, puerile wedding speech, a cliché that is ‘de rigueur’ in wedding films these days. In-law Naomi (Minnie Driver) cynically wages, ‘I’ll give it a year’ and sure enough, on their first anniversary, the couple realise they aren’t meant for one another.

Their supposedly happy sex life cannot compensate for different life styles, personalities, interests and goals. The out-of-love premise is quickly, however, overtaken by Nat and Josh falling in love with other people. When a debonair new client, Guy (Simon Baker), insists on working with Nat, she finds herself succumbing to his many charms. When she tours his family-run factory and finds he is appreciative of a 60-something worker, we all want Josh out of the picture.

Meanwhile, in a scene as transparent as cling film, Josh goes gift shopping for sexy underwear with ex-girlfriend Chloe (Anna Faris). Seeing her modelling underwear intended for Nat proves too much and they both admit that they’ve never stopped loving one another. To paraphrase Mark Anthony in Julius Caesar, ‘marriage should be made of sterner stuff.’ 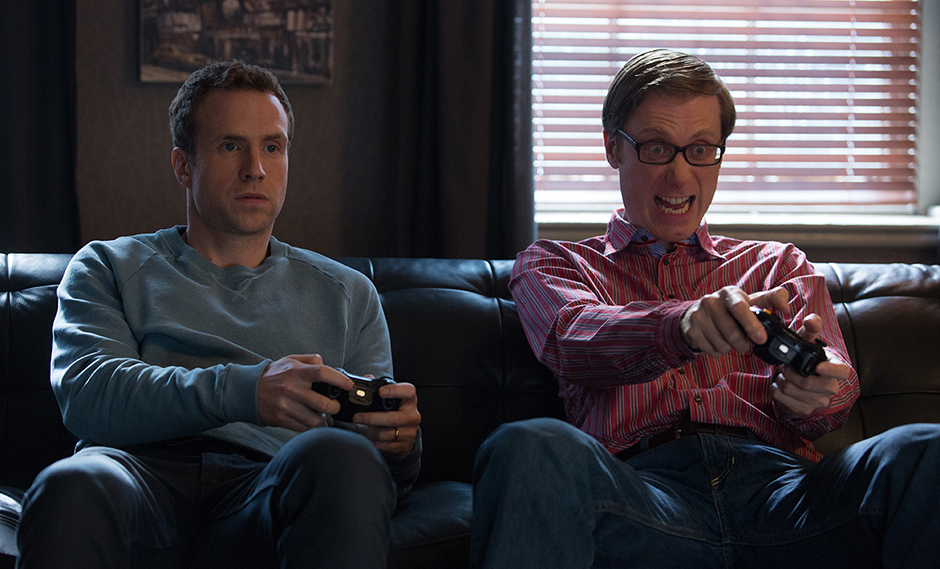 Stephen Merchant and Rafe Spall in I Give It a Year

Mazer’s idea of subverting the romcom by showing a couple splitting up rather than getting together is not, when you think about it, such a novel one. Many romcoms involve the protagonists breaking up with ill-suited girl-or boyfriends when they find the right person. The collapse of this marriage is the beginning of others. The moment when Nat and Josh find people they would rather be with, the film becomes a conventional romcom as they both overcome obstacles to end up with their true loves. As the only obstacles are one another, the ‘comedy’ is often forced, and there’s not much tension. 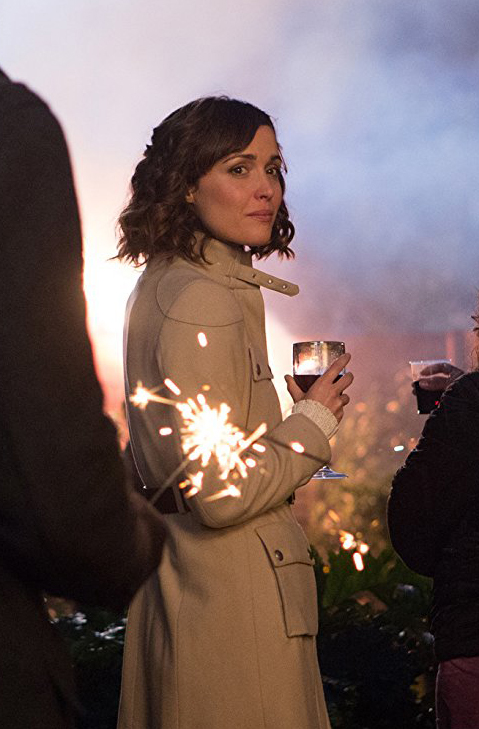 Rose Byrne in I Give It a Year

In order to make Josh seem less appealing to Nat, Mazer turns him into such a childish, lazy, embarrassing buffoon, that you wonder what Nat ever saw in him to begin with, or what Chloe sees in him now. When Nat is with the perfect, suspiciously eligible Guy, you wonder why she ever settled for someone like Josh.

The main problem with I Give It a Year

is less the idea, however, than the writing. It seems inconceivable that the man who made us laugh with Borat and Bruno offers us so little to laugh at here. In one scene Guy wants to propose to Nat and has a gourmet lunch served in her meeting room, complete with two white doves. In a sequence reminiscent of ‘The Birds’, the doves start flying around the room under a ceiling fan leaving Nat no less hysterical than was Tippi Hedren’s Melanie Daniels. When one dove falls nearly dead on the table Guy delivers the coup de grace. The scene might not be terrifying, but no one in the screening room was laughing. The humour falls flat, rather like the poor dove.