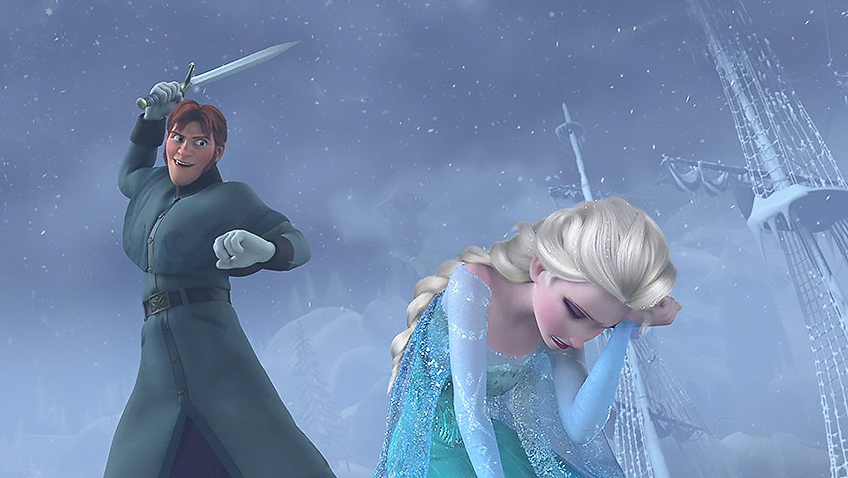 You will be begging to see it again and again

is seasonal entertainment from the Walt Disney Company and while it will appeal to the whole family it is girls between 6 and 16 who will be begging to see it again and again. This combination of romantic comedy and musical adventure story was inspired by Hans Christian Andersen’s 1845 fable, The Snow Queen

and features, at its core, an unusual, schmaltz-free sisterly bond. That might be because the film is co-directed by Chris Buck and Jennifer Lee, with Lee, the first female director of animation in Disney’s history, in charge of the script. You would have to be a real scrooge to resist its varied characters, settings, and superb 3D animation, not to mention its wise messages and music.

The film opens with playful, brown-haired, freckled, Anna (Kristen Bell) and her more serious-minded and quiet, beautiful blond older sister Elsa (Idina Menzel) happily playing in the kingdom of Arendelle, in a castle overlooking the thriving port. What was an idyllic childhood ends abruptly when Anna almost dies jumping on snow mounds that Elsa creates with a flicker of her hands. For Elsa was born with strange, involuntary powers. With a flash of her hands, she freezes what is around her, particularly if she feels anxious.

Trolls erase the accident from Anna’s memory, but their parents separate the two girls growing up, whereas they had been very close. Later, Elsa, who locks herself away in her room for most of her adolescence, holds her dark secret from her sister to protect her and the kingdom, the cost being her youth and freedom.

When their parents, the King and Queen of Arendelle, die in a shipwreck, Elsa is welcomed by the kingdom’s loyal subjects as the new Queen. But when Elsa objects to Anna’s rush marriage to Hans (Santino Fontana), a charming foreign prince in town for the coronation and Anna, is hurt by this seemingly cruel intervention. The stress unleashes Elsa’s magical powers ending in a tragedy that could separate the sisters forever and destroy their kingdom.

As far as feisty, fearless and excitable heroines go, Anna is more likeable than her tomboy counterpart in Brave, for she’s kinder with less of a feeling of entitlement. We see her awkward encounter with the friendly outdoorsman Kristoff (Jonathan Groff) grow from a competition and show of superiority, into a relationship full of humour, warmth, mutual admiration and trust. 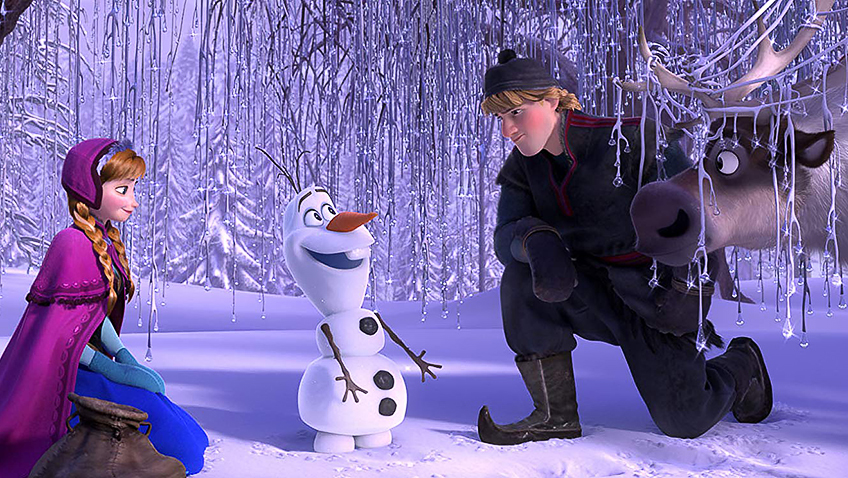 Kristoff’s livelihood is as threatened as Anna’s future. He sells ice to Arendelle, which, since the fatal coronation day, has been covered in the stuff. These two humans, separated by class and united in a common goal, are joined by Kristoff’s wise and loyal reindeer Sven, and a selfless, wise-cracking snowman, Olaf (adlibbing comedian Josh Gad) born of Elsa’s magical power to build snowmen for Anna when they were young. This winning quartet’s journey isn’t quite The Wizard of Oz, but it’s beautifully depicted and a lot of fun.

The songs, too, composed by Christophe Beck (The Hangover trilogy) from imaginative lyrics by Robert Lopez and Kristen Anderson-Lopez, are surprisingly good for an animated feature film – and who knew that actress Kristen Bell (TV’s House of Lies, Forgetting Sarah Marshall, Couples Retreat) could sing so well? Anna’s breakthrough song, For the First Time in Forever is terrific, but Olaf’s In Summer, is slightly disappointing. When Elsa asserts her freedom, in Let it Go, Idina Menzel, who usually appears in musicals on stage, belts out the song rather than sings it, but her forceful resolve comes through. 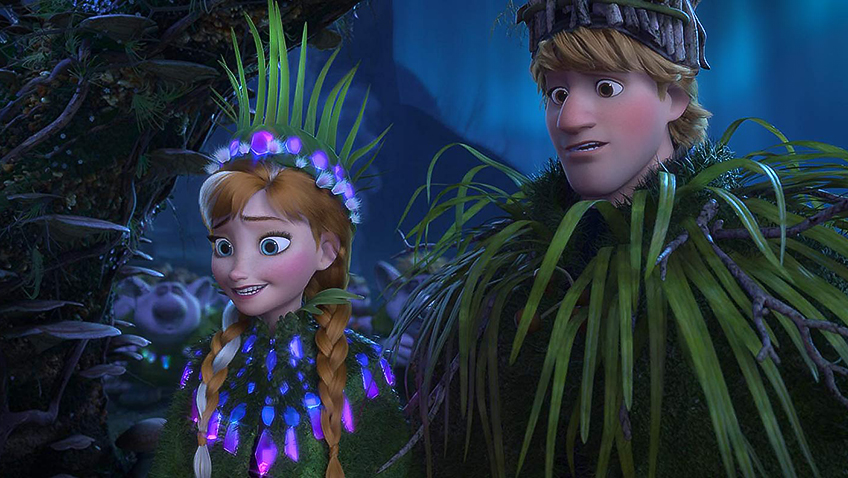 ’s frost-filled animation is not just the frosting on the cake, but the frosting and the cake. The Directors went to Norway with their animation team to study life in the snow, and, if Christophe Beck used Scandinavian folk instruments and vocal technique in his songs, the feeling of magical Norwegian winter is infused in the visual landscape, too.

Great animation has to come with a good story, and here, too, Frozen

delivers. The film’s humanity can be summed up in a lovely scene in which Olaf, the hapless snowman, builds a fire for Anna, who is dying of the cold. Though dying, Anna warns him, ‘Olaf, you’re melting,’ to which he replies, ‘Some people are worth melting for.’ This is an insightful coming-of-age story that skilfully combines a pair of sisters finding themselves while learning some lessons about responsibility, love and recognising Mr Right.