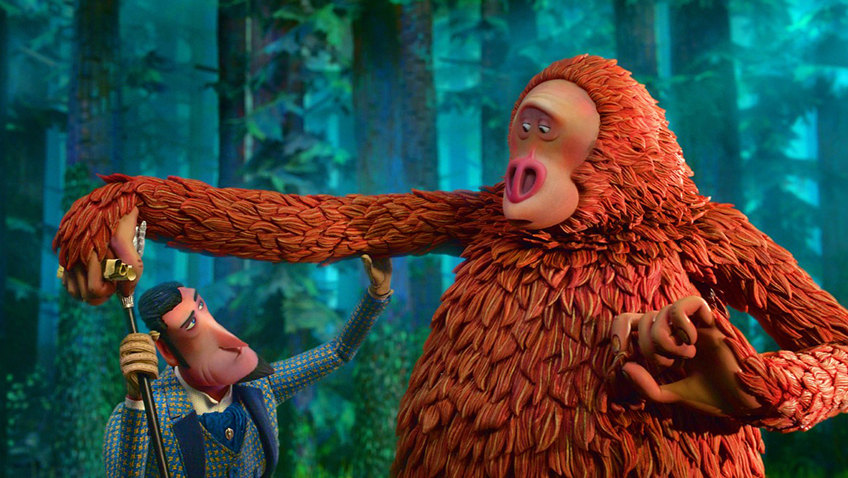 This superb looking, animated comedy is a treat for the whole family

Stop frame animation company LAIKA’s last film, Kubo and the Two Strings, was a visual wonder, with great performances and music, but the complex story felt overwritten. Notwithstanding some repetitious jokes and baggy scenes along the way that could benefit from a good edit, Missing Link

is a witty, immensely entertaining and impressively animated story, but the stop frame technique which gave LAIKA’s Coraline its distinctive look has been polished over with CGI.

For anyone who likes films about intrepid explorers and eccentric, brainy bachelor sleuths like Sherlock Holmes, the story will appeal, particularly as the composite character is portrayed by Hugh Jackman. Sir Lionel Frost is a myths and monsters investigator, but he is excluded from the stuffy, Victorian Optimates Club because of his belief in evolution by natural selection.

If Sir Lionel looks a bit like a red wine glass, with a large spherical chest sitting on long, skinny legs, his chest might reflect his inflated opinion of himself. With his long, straight nose tinted with red for ruddiness (rather than alcohol), against pale skin, at least one tiny-waisted, strong-minded woman, Adelina Fortnight, (Zoe Saldana) finds him attractive and exasperating in equal measure.

When we first meet Sir Lionel, he has discovered the Loch Ness Monster, but his long suffering assistant, Mr Lint (a less enthusiastic Dr Watkins) botches the afternoon tea and then the capture. He would have perished with the camera but for Sir Lionel’s courageous intervention at the last minute.

Back in his flat, decorated like a cluttered museum and resembling 221B Baker Street without the violin and the opium, Frost finds an enigmatic letter and an incredible Big Foot fossil. Presenting his find to the pompous Lord Piggot-Dunceby (Stephen Fry), Piggot-Dunceby dismisses it summarily. ‘I say we are descended from great men, not great apes,’ he declares, throwing down the gauntlet and the fossil.

Sir Lionel proposes a bet in front of the entire club that Piggot-Dunceby cannot refuse. If Sir Lionel brings proof of the missing link, Piggot-Dunceby will apologise and grant the outsider membership to the club. The script plays heavily on the theme of evolution, and it is a sign of Sir Lionel’s personal evolution that by the end he no longer wants to be a member of the club.

After Frost leaves, Lord Piggot-Dunceby decides to hire an assassin to kill Sir Lionel ‘in the name of civilisation’. If Sir Lionel is a bit like Holmes, Piggot-Dunceby is evil enough to be Holmes’ brilliant rival, Moriarty. The only evidence of Piggot-Dunceby’s brilliance, however, is that he is voice by the famously intelligent Stephen Fry. 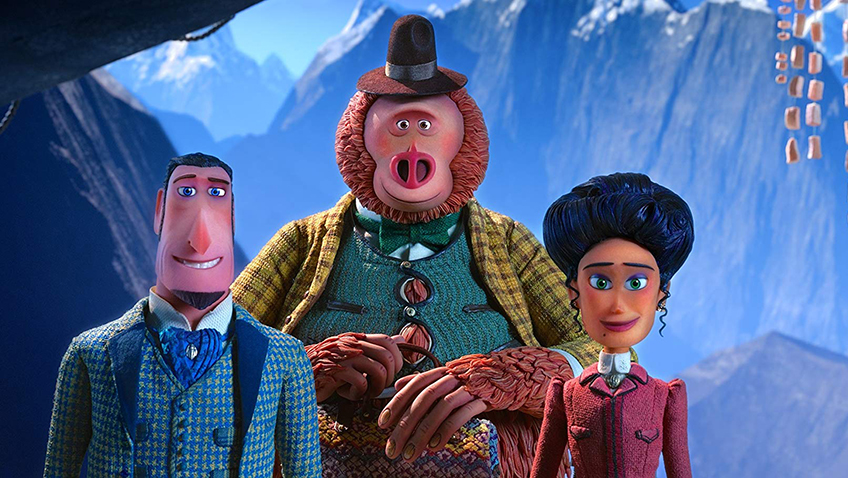 Heading to the Pacific Northwest, Sir Lionel wastes no time in finding his Sasquatch. But the arrogant explorer is in for a surprise. The creature, looking like a cross between a monkey and a stuffed lion yet standing on two legs with a huge hairy torso, can not only talk and read, but it is he who wrote the ‘fan’ letter to Sir Lionel. If Sir Lionel was having any qualms about taking the creature, whom he names Mr Link (Zach Galifianakis), from his woodland habitat, his guilt is misplaced. Civilisation has destroyed Mr Link’s habitat and, the last of his kind, he is bored and lonely, although going to a large city is not high on his list.

Sir Lionel represents a new kind of explorer, who has respect for the species he studies (although the scene with the Loch Ness Monster might suggest otherwise) and has no desire to cage them up or destroy their habitat. He actually asks Mr Link what he wants in exchange for helping him win his bet with Piggot-Dunceby.

Link wants to join his ancestors in Shangri-la, a frozen mountain fortress he read about far from human beings on the other side of the world. What’s fair is fair, and Sir Lionel, attempting to pass off Mr Link as a human, heads off to Shangri-la with Link as his new assistant, stopping off at Adelina’s where Sir Lionel plans to use his charms to obtain Adelina’s deceased husband’s map. When he is forced to try to steal the map, Adelina, a budding explorer herself, decides to join the expedition.

There is something for everyone in this story, and while Adelina is willing to give her former lover, another chance, it must be on her terms. She wants to see him change and, of all the characters in the film, it is Sir Lionel who evolves noticeably. 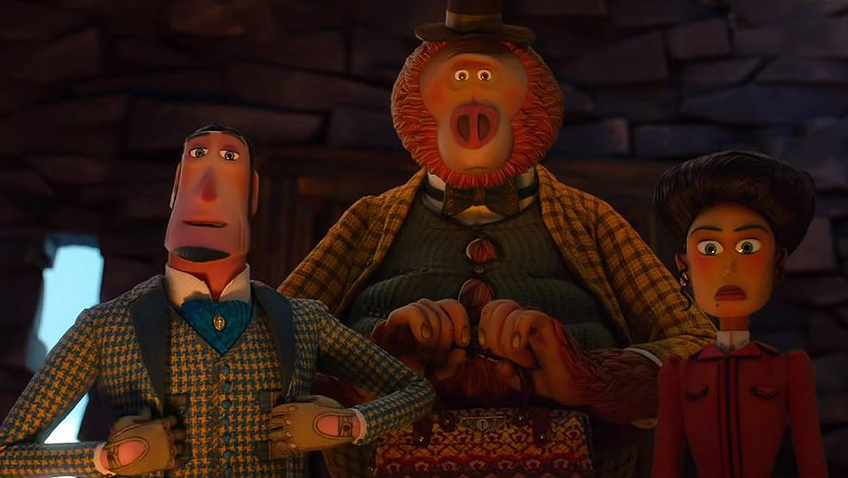 To shake off the diminutive hitman, Willard Stenk (Timothy Olyphant), the explorers switch from train to cargo ship, but Stenk shows up on the ship and a long chase sequence ensues. While these adventures (and some gags) are spiced up with some witty lines, they tread on familiar ground and lack suspense. The novelty of Sir Lionel travelling with a Bigfoot has long since worn off since it is used to maximum effect in a tavern brawl scene in the Pacific Northwest.

Writer/Director Chris Butler does, however, succeed with a little quirk in Mr Link’s autodidacticism that leaves him unable to understand idiomatic expressions and subtexts. So, during the bungled robbery of Adelina’s safe, when Sir Lionel tells him to throw the rope over the wall, Mr Link throws the entire rope over, including the end they needed to use to climb over.

The arrival in Shangri-la, an ancient fortress of isolationist Yetis ruled by The Elder (Emma Thompson), provides, after a long introduction, the suspense the rest of the film lacks. With over 110 sets and 65 locations, this is a massive undertaking for an animated film, and the story cannot always keep up with the technical achievement, so the stop frame animation, needs some help from CGI. But Missing Link

is still a lot of fun, and the humour, characters and the message will appeal to adults as well as children.