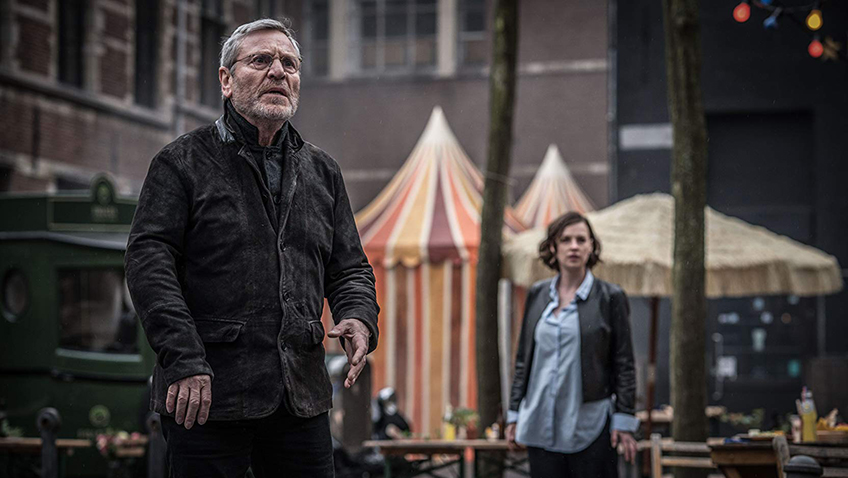 Want to see a good thriller? See Baptiste then

Baptiste (Acorn). The charismatic Tchéky Karyo is Baptiste, the French detective. The script is by Harry Williams and Jack Williams who wrote The Missing series in which he originally appeared. The setting is Amsterdam, famous for its beautiful canals and its sleazy red light district. A Rumanian gang is sex trafficking. A girl has gone missing. There’s a holdall full of cash. People are being murdered. Family members are in danger. Safe houses are no longer safe. There are plenty of surprises and thrills to keep you watching. Tom Hollander (looking very haggard) has a key role and there is good support from Boris Van Severen as cop and Alec Secareanu as killer.

Lizzie (Bulldog). Lizzie Borden took an axe. And gave her father forty whacks. When she saw what she had done, She gave her mother forty-one. Lizzie was acquitted. The all-male jury in Massachusetts 1892 could not believe an upper class well bred woman could have committed such a horrendous murder. The story has been told many times. This feminist version claims Lizzie (Chloë Sevigny, far more beautiful than the real Lizzie) was epileptic and had a lesbian relationship with her maid (Kristen Stewart). The most startling innovation is that Lizzie was stark naked when she murdered her step-mum and dad. Denis O’Hare is a perfect wicked uncle for a melodrama.

The White Reindeer (Eureka). A Finnish folktale from Lapland is filmed in a stark snowy landscape. A woman with a voracious sexual appetite misses her absent husband who is away herding reindeer. With a magic potion she transforms herself into a white deer and entices men and then murders them when they give chase. Erik Blomberg made this low-budget film in 1952; but it feels as if it was made much, much earlier. The acting is silent film acting. The stark landscape and the reindeer (the huge number of them) upstage the humans every time.