Home / LIFESTYLE / REVIEWS > / FILM REVIEWS / This block-buster prequel-sequel does its job, but not as well as the original 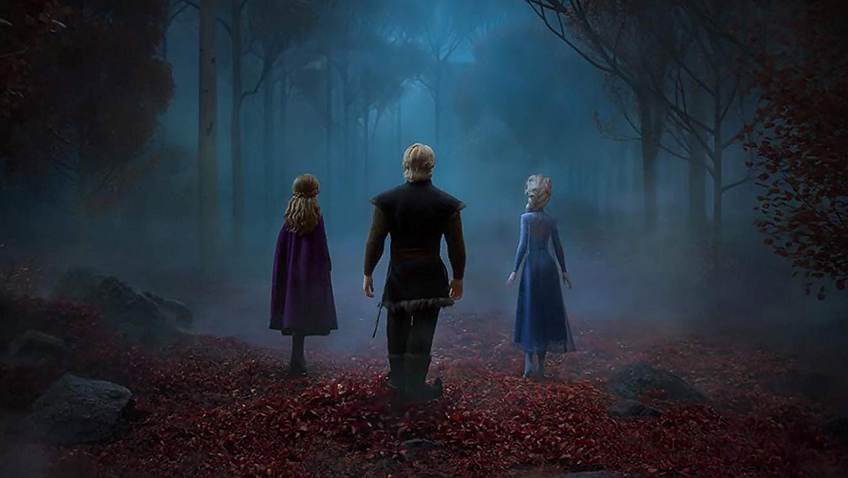 This block-buster prequel-sequel does its job, but not as well as the original

Frozen, released in 2013, is the highest grossing animated film of all time and that’s before taking into account the $107 billion in retail merchandising. It seemed that for two years after the film was released every little girl within proximity of a cinema owned the pencil case, the slippers, the T-shirt and the briefs. No pressure then, on Jennifer Lee who had the task of writing the script for Frozen 2

and co-directing with Chris Buck (as in the original Frozen). The acting, most of the songs and the animation range from delightful to magical, but there’s a sense that the filmmakers are trying so hard to tick all the aspirational and politically correct boxes for their young audiences, that the plot, characters and the story are an afterthought.

If Frozen empowered little girls around the world, Lee has since become one of the most powerful women in Hollywood. She is not only the first female director of a film from Walt Disney Animation Studios but is the chief creative officer of the entire production company. Not surprisingly Lee invited back Kristen Anderson-Lopez and Robert Lopez to write seven new songs for the sequel; Christophe Beck to compose the new score and all the main cast of the original to resume their roles.

is, in part, an origins film, the voices of Elsa and Anna’s parents, who have slightly bigger roles than in the original, have been reassigned to more high-profile voices. Evan Rachel Wood is Queen Iduna while Alfred Molina is King Agnarr.

Young princesses Elsa (Mattea Conforti and Eva Bella) and Anna (Hadley Gannaway and Livvy Stubenrauch) want a bedtime story and King Agnarr tells them the story of their kingdom, focusing on the enchanted forest, inhabited by the Northuldra people. This bedtime story feeds into the film’s ‘Who do you Think You Are’ story in which the girls learn more about their grandfather King Runeard (Jeremy Sisto), than they probably wanted to.

The official story goes that granddad and head General Mattias (Sterling K. Brown) – the film’s only person of colour – took the initiative to make peace with their neighbours and built them a bridge and a damn to as a show of friendship. They were betrayed however and attacked by the Northuldra 34 years earlier and ever since the forest has been obscured by a heavy mist, trapping Mattias inside it with the Northuldra. As is often the case with these Who Do You Think You Are? searches, we don’t have to wait to the end of the film to suspect that granddad was another King Leopold, exploiting the indigenous people’s land for his own environmentally disastrous ends, while subjugating the people.

Given the prologue there’s only one way for the story to go, although the means to the end are thoroughly entertaining. All of the main characters are finding themselves. If Olaf, perhaps forgetting he’s a snowman, is hoping that with age will come understanding (When I am Older), Kristoff is getting himself tied in knots when he tries to propose to Anna. In the song Lost in the Woods, he is struggling to figure out where a lovestruck man fits in the life of a powerful, capable and independent woman like Anna. “Again, you’re gone/Off on a different path than mine/I’m left behind/Wondering if I should follow…When did I become the one/Who’s always chasing your heart?

Fast forward to three years after the events in Frozen and the two sisters are thick as thieves as in their ‘pre-accident’ childhood. Anna is happy with Elsa’s snowman Olaf (Josh Gad), working-class iceman Kristoff (Jonathan Groff) and his confident reindeer Sven as company and Elsa has the public behind her and control of her daunting powers in check. But both young women have yet to find themselves and their journeys are a lot more serious than those of Olaf and Kristoff. 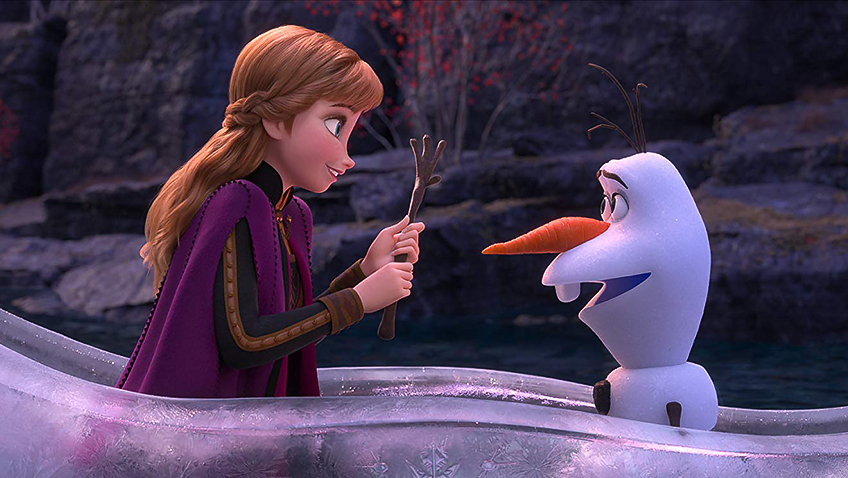 If Anna has not fulfilled her potential, Elsa is both troubled and intrigued by a voice (Aurora) she starts hearing, that is literally her calling. ‘Into the Unknown’, is the film’s big song that is designed to replace Let It Go as an anthem to mixed-up youth. Everyone can identify with its questions: “What do you want? ‘Cause you’ve been keeping me awake/Are you here to distract me, so I make a big mistake? /Or are you someone out there who’s a little bit like me? /Who knows deep down I’m not where I’m meant to be?

You have to wait until the end of the film to find out the answer, but much earlier, Elsa tells Anna that she woke the spirit of the ancient wood and neither the good folk of Arendelle nor its cobble stone streets are safe. Leaving the leader of the Trolls (Ciarán Hinds) in charge, Elsa and Anna take off into the unknown. Although the sisters have pledged to do things together, after making peace with the people of Northuldra, Elsa flies across the high waves on a magical ice horse to a mystical place called Ahtohallan that their parents had mentioned. Elsa needs to solve the mystery of her unique powers (turning everything to ice) and both women, who believe their parents died in a shipwreck, need to learn the truth about that. 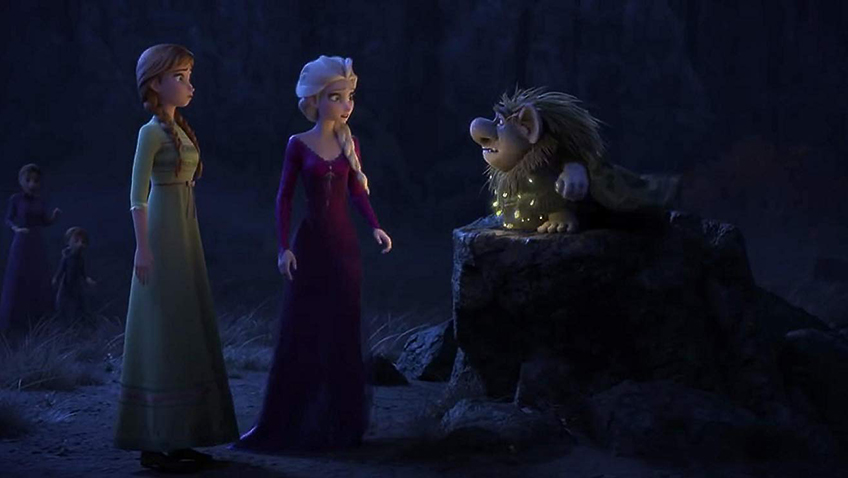 While Elsa pursues her quest to find where she belongs, Anna and Olaf go off to correct history. But what is Anna supposed to be doing? She figures that out in the song The Next Right Thing, and while Kristoff comes to support her, she does not need rescuing. Anna has the quick and strategic thinking coupled with the courage to repay her family’s debt to the Northuldra. In the process, she becomes a true leader.

is short on tension and suspense it is partly because we are always one step behind the characters (and the writers) in terms of what could happen and what the dangers are. Solutions appear miraculously out of the blue, none more so than the problem of the great wave that is about to turn Arendelle into another Shicheng. All the answers fall into place so easily that there is no time for the impact of the characters’ discoveries to register. Okay, this isn’t a Ken Loach film, but even the celebrities on Who Do You Think You Are? have time to react and reflect if not eat.

is not light years ahead of Disney’s 2012 Brave, in which a princess eschews gowns for riding attire and can outshoot (with arrows) any of the male suitors her parents have lined up. After tackling gender equality, rejecting conventional marriage, environmental concerns and colonialization, Frozen 2

’s most important message is that it’s all right not to follow a preordained path, and instead, to forge your own by following your heart. But there is one topical subject that the filmmakers ignore. If our two progressive heroines really want to set things right, what about scrapping the institution of monarchy and turning Arendelle into a republic?