Home / LIFESTYLE / REVIEWS > / THEATRE REVIEWS / Is love a tender thing? It is too rough, too rude, too boisterous 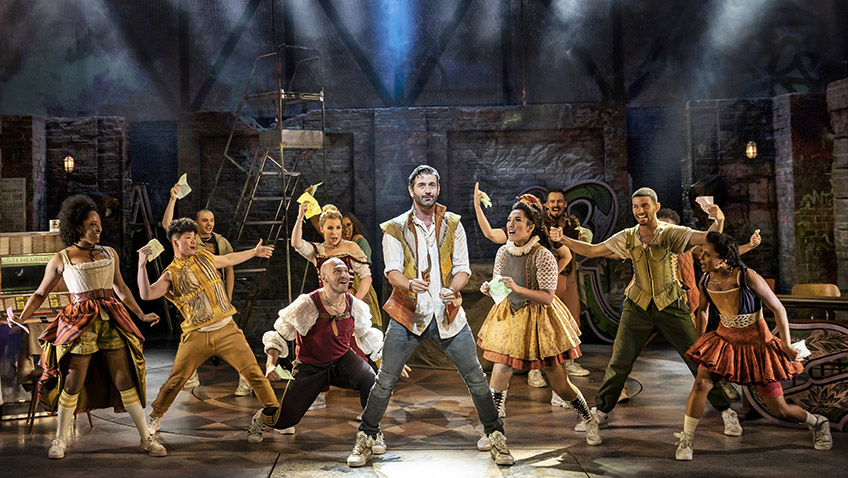 Is love a tender thing? It is too rough, too rude, too boisterous

The most popular love story in the world has inspired ballets, operas, films and musicals.

Samuel Pepys thought it was the worst play he had ever seen, but then he didn’t see the play Shakespeare wrote. Rewriting Shakespeare went on well into the 19th century.

Tom Stoppard in Shakespeare in Love imagined how Romeo and Juliet came to be written. 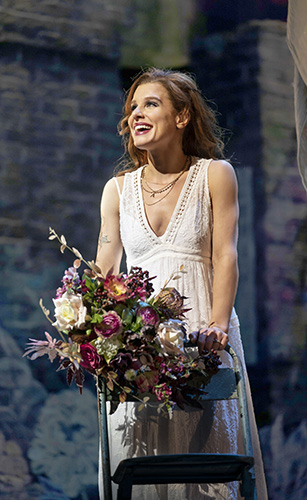 David West Read comes up with a new angle. Anne Hathaway (Mrs Shakespeare) doesn’t like her husband’s unhappy ending and rewrites it. Juliet is alive and well. It is only Romeo who dies.

When Juliet (Miriam-Teak Lee) discovers Romeo had been a womaniser and had slept with all the girls in Verona, she decides it is time to go to Paris and get herself a man.

Shakespeare (Oliver Tompsett, amusingly vainglorious) doesn’t like his wife rewriting his play and brings Romeo back to life.

Romeo (Jordan Luke Gage), who wants to be something more than just a sexy young man, presumes Juliet will fall in love with him all over again. He could not be more wrong.

Juliet is no longer an innocent 13-year-old; she is a mature feisty feminist. The musical is about female empowerment. Miriam-Teak Lee and Cassidy Janson, belting out Max Martin’s ballads, are powerful spokespersons.

LGBT is on the agenda, too. There are two gays who get involved with Juliet until they meet each other and, to the audience’s audible approval, fall in love. One of them (Arun Blair-Mangat) is in the closet; the other is non-binary (Dillon Scott-Lewis) and it is he who sings I’m Not A Girl, Not Yet A Woman.

& Juliet, aimed at youngsters who enjoy jukebox musicals, integrates some 30 of Swedish composer Max Martin’s biggest hits, including Baby One More Time, Oops I Did It Again, Can’t Feel My Face, Love Me Like You Do. 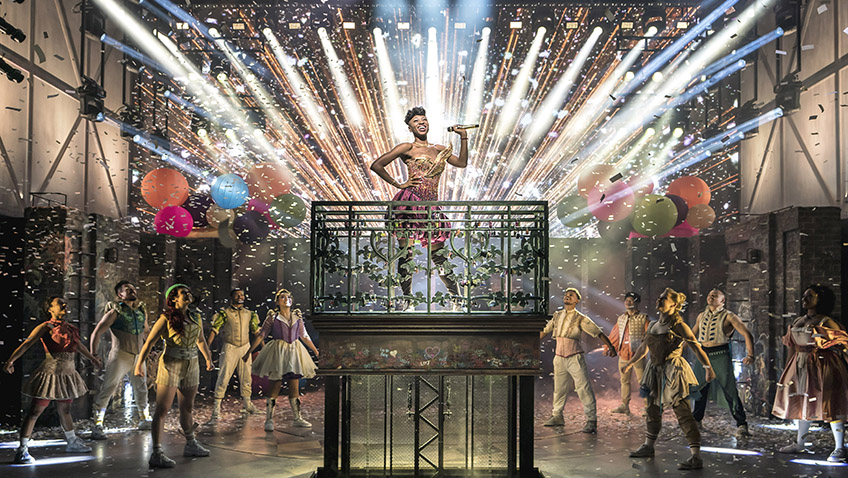