Home / LIFESTYLE / REVIEWS > / THEATRE REVIEWS / The Bard, according to Robert Greene, was no great shakes 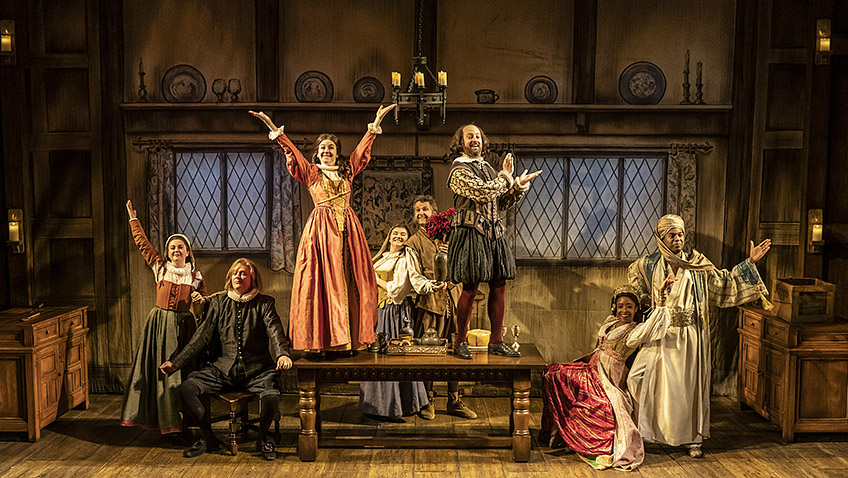 The Bard, according to Robert Greene, was no great shakes

The Upstart Crow uses the same characters and many of the same actors who were in the hugely popular BBC TV series; but is not an adaptation. Ben Elton has written a new comedy especially for the stage.

The series, commissioned to celebrate Shakespeare’s 400th birthday, worked so well because Elton clearly knew his Shakespeare and drew amusing parallels between Elizabethan Britain and 21st Century Britain. It was his best sitcom since Black Adder. 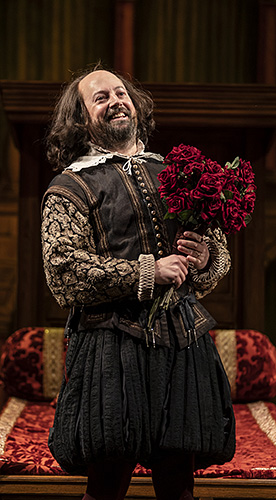 David Mitchell in The Upstart Crow

David Mitchell was Elton’s first choice for the lead role and David Mitchell, making his West End debut and repeating his TV characterisation, is perfect.

Shakespeare has just had three flops in a row and is suffering from writer’s block. The more you know Shakespeare’s plays the more you will enjoy the performance.

Each episode on television was based on one of the Bard’s plays. In the stage version there are references to King Lear, Twelfth Night and Othello.

Mark Heap was hilariously odious on TV as the villainous Robert Greene, the rival playwright, who famously insulted Shakespeare by calling him “an upstart crow beautified with our feathers”.

Heap has a new role, Dr John Hall, a Puritan, who has difficulty keeping his lust under control. He is persuaded to do a Malvolio and turns up with an outrageously large curvaceous cross-gartered codpiece protruding from his baggy “puffling pants”.

Gemma Whelan repeats her role of Shakespeare’s landlady who has ambitions to be an actress. Her funniest scene is when she is feigning death and Shakespeare takes an inordinate amount of time to realise she is dead and is need of mouth-to-mouth resuscitation.

Director Sean Foley encourages the actors to go for loud broad farce; and the hammier and bawdier the actors are the more the audience likes it.

I presumed the murder of Desdemona was going to be one of the comic high spots, comparable to the farcical Desdemona murder scene in Jean-Paul Sartre’s play, Kean, and even more so since Jason Callender was playing Othello; but instead, to the disappointment of the audience, the scene was, bizarrely, not acted for laughs.

There is much to enjoy in The Upstart Crow; and not least the dancing bear (Reice Weathers), who is an absolute delight, the sweetest tap-dancing bear you ever did see.