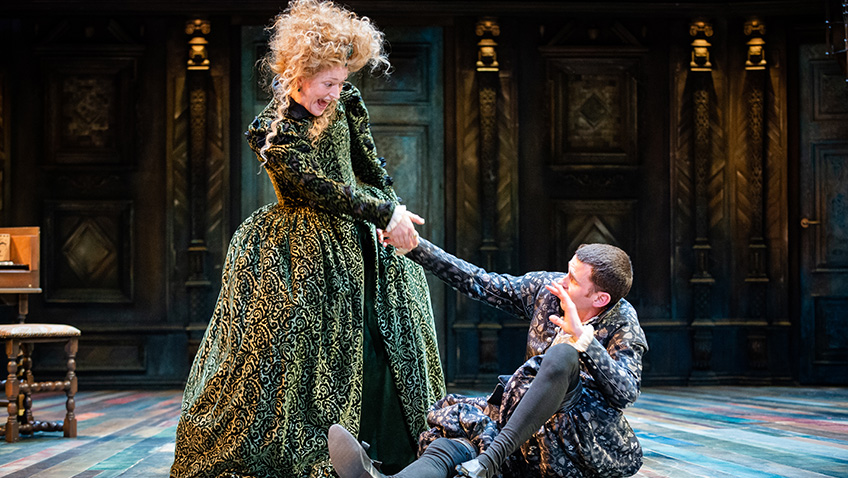 What is your attitude toward a man who describes his wife as his goods, chattels, house, household stuff, filed, barn, horse, ox, ass and thinks he can do anything he likes with her?

In these times of political correctness gone mad how do you stage The Taming of the Shrew without giving offence?

Suffragettes used to boo the play and there was an effort in the USA in the 1970s to stop is from being performed. 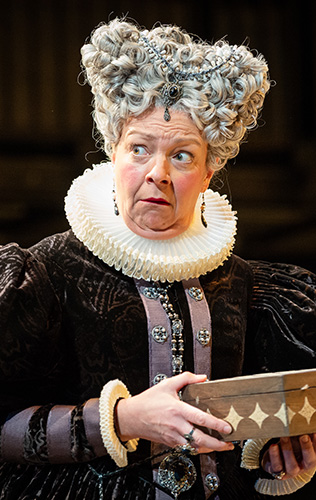 Sophie Stanton in The Taming of the Shrew

The irony is that, though Shakespeare’s battle of the sexes is no longer acceptable for modern audience, it continues, despite the bad press, to do well at the box office.

One way to make it work is to do what Shakespeare did and play it all for crude, boisterous, knockabout farce and pretend it is being staged for an ignorant tinker and not to be taken seriously.

The final humiliating speech about a wife’s duty to her husband has long been played for irony.

But the truth is that even when the play is acted entirely for farce there still comes a point when Kate’s suffering and humiliation, physically and mentally, is just not funny.

The paucity of female characters in Shakespeare is being rectified with a vengeance and not least by the RSC who have a policy of 5050 male female. Gender swapping is the norm.

What do the following characters have in common? Hamlet, Timon, Othello, Henry V, King Lear, Malvolio, Falstaff, Prospero? The answer is that they have all recently been played by women.

Renaissance Padua is imagined as a matriarchal society women and the boot is now firmly on the other foot. Instead of men abusing women, it is women who abuse men.

Petruchio is Petruchia and played by Claire Price . Katherine, played by Joseph Arkley, rather oddly, remains Katherine. (No wonder no female wants to marry him. Wouldn’t it have been better to call him Cat?).

Price is neither convincing as a madcap or as a bully. Arkley is far too docile to be Shakespeare’s wildcat. The experiment is interesting and may please the #MeToo Movement but it does not work. Scene after scene falls flat.

The performance is never as much fun as, for instance, the Franco Zeffirelli film with Richard Burton and Elizabeth Taylor and nor is it as psychologically astute as two memorable in-depth productions by the RSC: the first with Vanessa Redgrave and Derek Godfrey directed by Maurice Daniels, the second with Jonathan Pryce and Paola Dionsetti directed by Michael Bogdanov.

The most believable character is Amanda Harris’ Baptista, formerly Baptiste and now Kate’s mother instead of her father. The funniest performance is by Gremia , formerly Gremio, the veteran suitor for Kate’s sister. It’s the way Sophie Stanton walks that gets laughs. It would seem as if she is on castors under her Elizabethan dress as she glides round the stage. But she is not; she is just taking tiny steps. 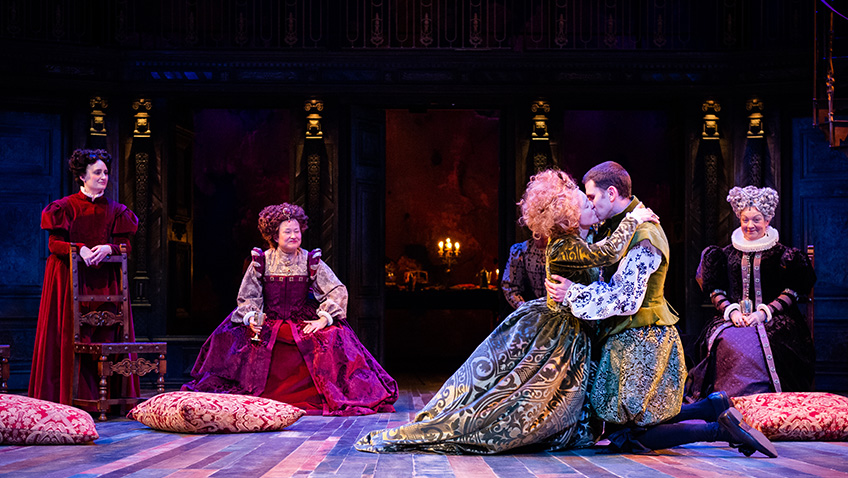 Cast of The Taming of the Shrew