Home / LIFESTYLE / REVIEWS > / THEATRE REVIEWS / We that are true lovers run into strange capers. You can say that again 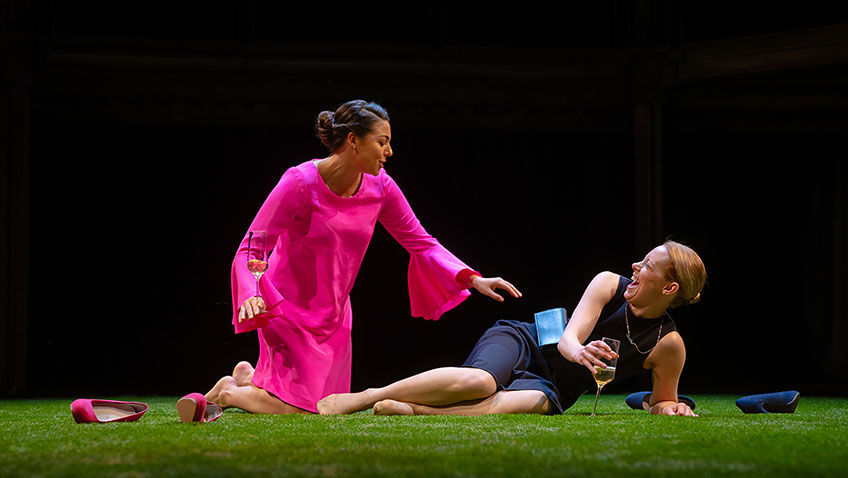 We that are true lovers run into strange capers. You can say that again

Robert Tanitch reviews RSC’s As You Like It at Barbican Theatre, London EC2

The RSC regularly bring their productions to the Barbican from October to January which is great but they do not necessarily always bring their best productions.

As You Like It. As WHO likes it? All’s the world a stage and all the men and all the women merely players; they have their exits and their entrances, etc, etc… Yes, yes, I know, but in Kimberley Sykes production we are never allowed to forget we are in a theatre. 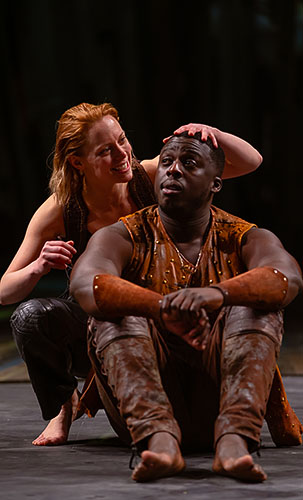 Lucy Phelps and David Ajao in As You Like It

And there is no forest. There is not even a single tree in this the most pastoral of all Shakespeare’s comedies. Ironically the only bit of greenery is at court in order for the wrestlers to have a soft landing.

Artistic director Gregory Doran has said the RSC’s policy now is to have the same number of male and female actors, 50-50, which means that some male roles have been turned into female roles.

Sophie Stanton is cast as melancholy Jacques, fair enough, but she doesn’t bring anything to the role. Emily Johnstone is cast as Le Beau and the only thing she brings to the role is the difficulty of walking on grass in high heels.

The oddest casting is turning Silvius into Silvia which means she and Phoebe are now in a lesbian relationship. It is unlikely in the present circumstances that Phoebe would fall in love with a boy; and that when she finds out the boy is actually a girl it is surprising that she does not fight her corner and instead meekly goes back to Silvia.

In Shakespeare’s day female roles were played by youthful male actors. Rosalind (Lucy Phelps), when she is disguised as a man, chooses to be called Ganymede, which should ring any number of gay alarm bells, since Ganymede is the name of Zeus’s boy-lover.

When Orlando (David Ajao) enters into a mock marriage contract with Rosalind he believes Rosalind is a boy pretending to be a woman. Perhaps in these gender fluid times Rosalind should be played by a youthful male?

Ajao is a very naive Orlando. Phelps’s most affecting moment comes when she admits to her best girl friend that her love for Orlando is as deep as the Bay of Portugal.

The deaf actress Charlotte Arrowsmith, who plays Audrey, speaks entirely in sign language and she is translated by boyfriend rustic William, which is fine; but Arrowsmith looks far too beautiful and intelligent to be cast as an ugly and foul country bumpkin.

Many years ago at the National Theatre in an all-male production Audrey was played by a very young and a very manly Anthony Hopkins.

The entrance of Hymen, the god of marriage, in the shape of a huge puppet, is the production’s one magical moment and gives the final scene a big lift.

In the programme there is a selective list of actors who have played Rosalind for the RSC from 1933 to 2013. Shamefully, the list leaves out Vanessa Redgrave who in 1962 was by common consent the best-ever Rosalind in living memory. Absolutely adorable, Redgrave converted the whole audience into one Orlando. She is still the definitive Rosalind.