Home / LIFESTYLE / REVIEWS > / THEATRE REVIEWS / How do you like your Shakespeare? 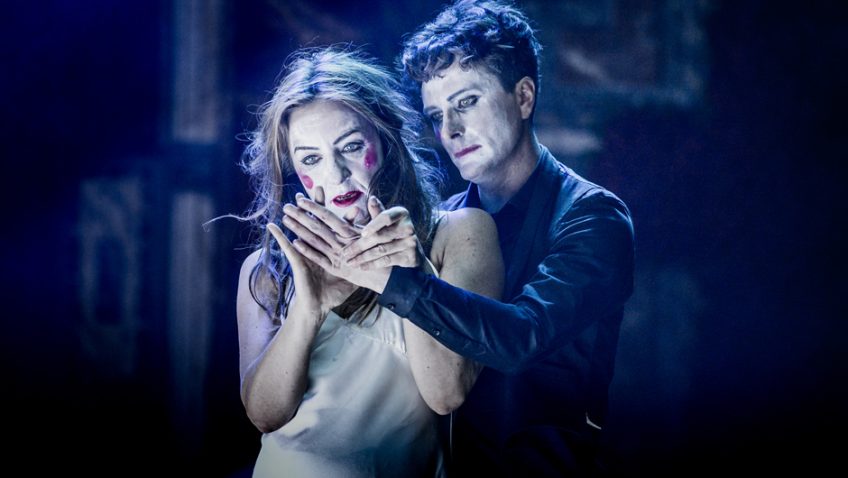 There have been so many interpretations of Romeo and Juliet not only in theatre but also in film, ballet and opera. 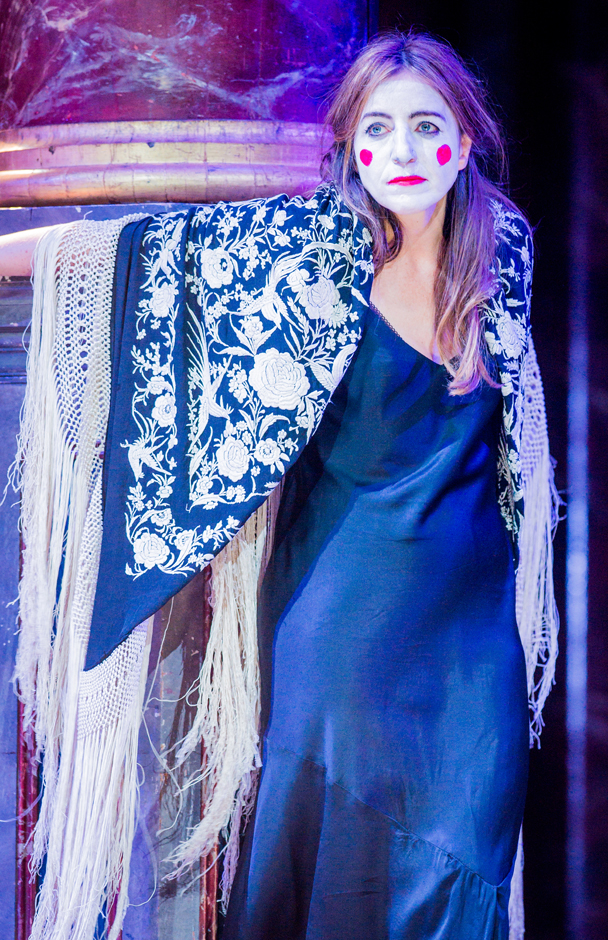 Kirsty Bushell in Romeo and Juliet

Franco Zeffirelli really did make the play come alive on stage when he directed Judi Dench and John Stride. He then went on to make a film version and gave the story the full Italian Renaissance treatment.

Jerome Robbins directed and choreographed a memorable West Side Story. Baz Luhrmann’s movie had a lot of comic-strip fun with a cast headed by a young Leonardo Di Caprio.

Emma Rice’s second and final season opens with Daniel Kramer’s volatile take, which will – no surprise here – have purists screaming. They will have no joy of this contract tonight, finding it too rash, too unadvised, too sudden, etc, etc.

The star-cross’d lovers are no longer teenagers. Feisty Kirsty Bushell is in her late thirties. So is Edward Hogg but he doesn’t look it. They get a lot of laughs out of the balcony scene with Juliet on stage and Romeo among the groundlings. He seems to be constantly leaping out of the shrubbery.

Kramer’s hysterical and jokey production relies on spectacle and owes a lot to commedia dell’arte, white-faced red/black nosed circus clowns, Grand Cuignol, Clockwork Orange thugs, show girls, and Tim Burton phantasia. The performances are cartoonish. There is no reality. It is never tragic. Some of it works on its own roughed-up terms. Much of it doesn’t.

Capulet throws a fancy dress party to which he comes dressed as a dinosaur singing YMCA. Benvolio turns up as Goofy. Mercutio is a woman (not a good idea) and she does a striptease. Tybalt acts like a crazy butcher. Paris is a joke. Lady Capulet turns Apothecary and sells Romeo a revolver.

Once the play is past the death of Mercutio and Romeo has been banished, Kramer more and more runs separate scenes simultaneously which is fine if you already know the play. The finale is almost a complete re-write, though he does not go as far as David Garrick’s version which had a happy ending.

The production will appeal to audiences who don’t really want to see Shakespeare’s Romeo and Juliet and would much rather see a director having fun with it.