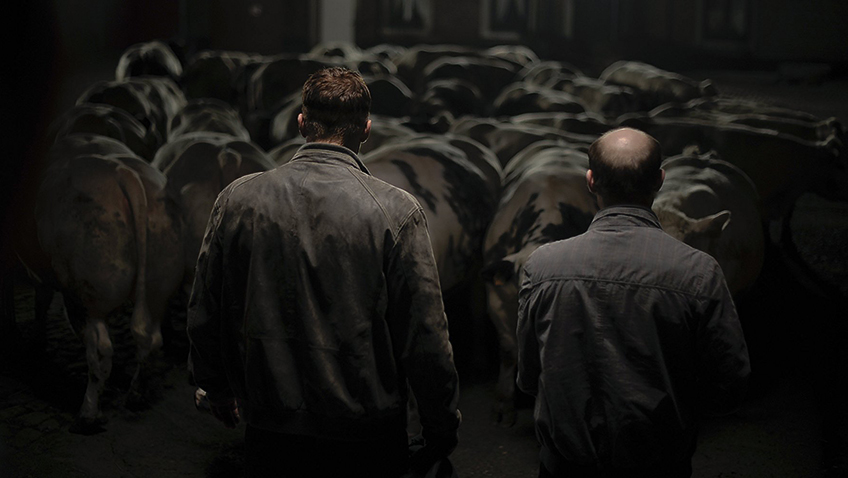 There’s no denying the power of Roskam’s meaty premise

, the Dardenne Brothers can no longer be a synonym for Belgium Cinema. If Roskam’s feature does not merit its nomination for a foreign language Academy Award, there’s no denying the power of his meaty premise, or of Matthias Schoenaerts’ (Rust and Bone) central performance.

Jacky Vanmarsenille (Schoenaerts) is an illegal growth hormone dealer in the meat business. He lives on his extended family’s cattle farm where he injects their herd with hormones to speed up the fattening process. Jacky’s involvement in hormones is not restricted to work.

He has been beefing up on steroids and testosterone since adolescence to counteract the effects of a traumatic and horrific incident that continues to haunt and define him. In Schoenaerts’ convincing portrayal, Jacky doesn’t walk, he lumbers; he doesn’t speak, he grunts or roars. He is also unpredictably aggressive, and like Robert De Niro’s fighter in Raging Bull, he throws punches against the air as though he were living life in a boxing ring.

Ironically, with all the pill popping and injections, Jacky has grown up to be a tall, strapping man; handsome, in a rugged way. But his outward appearance belies his self-destructive bent and deep feelings of inadequacy as a man. When Jacky watches his brother with his wife and child, he bows his head as if to obliterate the image. When he attempts to start a relationship with a woman from his past and a rival suitor gets in his way, Jacky reacts with violence – like a lion staking out his territory.

At the same time as he and his family get mixed up with criminals in the beef trade, a federal agent is murdered and suspicion falls on Jacky. In fact, as an intended comic interlude with two Flemish garage mechanics makes clear, the family’s underworld partners are responsible. 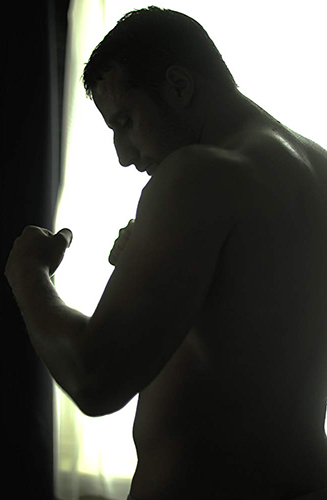 Jacky doesn’t seem to have any friends. His best friend from childhood, Diederik (Jeroen Perceval), witnessed the incident that altered Jacky’s life, but ran away in fear. Since then the two have been estranged, but now Diederik’s pent-up guilt and empathy drive him to make amends. Diederik, an unwilling police informant on the murder investigation, tips Jacky off to a police raid, but cannot save Jacky from himself.

Roskam has come up with a novel premise and has given his star (who played a similar character in Rust and Bone; but one who could be redeemed) a dramatic lead role that, in terms of its intensity, will be hard to beat. But he hasn’t learned the lesson that less is sometimes more. There are really two parallel films here and they never fuse. It’s only at the end that you realise that the complicated, and rather unremarkable criminal plot that you’ve been struggling to follow, is a red herring. It has little to do with the character study that remains the intriguing focus of the film, or with the forces that really shape and determine Jacky’s sad life.

Roskam’s writing is not up there with the 2009 foreign language Academy Award winner, The Secret in their Eyes, a film that also combined – but much more successfully – a thriller, a character study and a love story. Like Roskam’s film, The Secret in their Eyes also involved different time periods, but handled them seamlessly. The flashbacks in Bullhead

further complicate matters for the viewer because the young actors look nothing like their older counterparts. A person’s physical appearance naturally changes with age, but not that much.