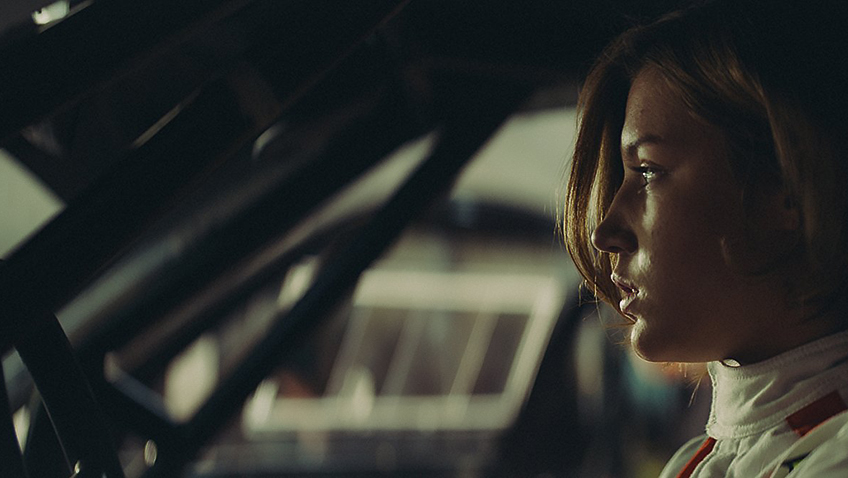 Even with Matthias Schoenaerts, this gritty love story fails to gain momentum

Belgium director Michaël R. Roskam’s feature film debut, Bullhead, featuring a stand-out performance from Matthias Schoenaerts (Rust and Bone), was nominated for an Academy Award in the foreign language film category, so it is not surprising that his follow-up, Racer and the Jailbird

also stars Schoenaerts. The eponymous protagonists in each film are not all that different. Both are deeply troubled young men from dubious families and are involved too deeply with Belgium’s criminal underworld to go straight and escape to a better life. But while we longed for Bullhead’s anti-hero to break free from his darkly atmospheric farm world, Schoenaerts’ Jailbird is too much of an unsympathetic loser to carry a film replete with clichés and melodrama.

In a flashback we see a young boy running away from the police. His father threatens to release a guard dog on the boy, which is supposed to explain the boy’s lifelong fear of dogs. We never do find out precisely how he derived a taste for climbing under barbed wire fences and running from the police, unless it’s a generalised hatred of authority figures.

Fast forward some twenty-odd years, and Gino ‘Gigi’ Vanoirbeek (Schoenaerts) is a tall, strong, good looking criminal. Some things never change and throughout the film, Gigi is still running from the police, or from other criminals. But when he sees attractive champion race car driver Bénédicte ‘Bibi’ Delhany (Adèle Exarchopoulos) emerge from her car and reveal the woman underneath the protective gear, he makes up his mind that she is the one. Now he is running toward something – and someone.

When he learns that Bénédicte will be at a party later on, he wastes no time cutting to the chase.

‘Do you have a boyfriend?’ he abruptly asks.

‘Why’? She replies, taken aback by his intensity and bluntness.

‘Because if you do, I’ll leave forever,’ he promises. When she responds in the negative, he replies, ‘Really great. I’ll see you in two weeks.’

Bénédicte retorts, ‘Two weeks? Do you have to divorce your wife?’

Gigi replies, ‘No, I have to go abroad for my car business.

This flirty scene is perhaps the most enjoyable in the film, which slowly drives itself into a kind of dramatic dead-end.

Matthias Schoenaerts and Adèle Exarchopoulos in Racer and the Jailbird

Little by little Bibi picks up information about Gigi’s past, but she is so swept up by her new boyfriend that she brushes her concerns aside. At a big dinner party – one of those parties staged to show us that everyone is drunk and having fun – Bibi looks lovingly at the popular Gigi, the life of the party. In an intimate moment, they ask one another for their biggest secret, and Gigi answers with a smile, ‘I rob banks,’ an admission that Bibi interprets as a joke to mock her suspicious nature.

But of course, Gigi does rob banks, and the fact that he’s just the getaway driver and now, because of Bibi, wants out, is not sufficient to make him a sympathetic character. A strong, able-bodied young man, he’s spent his whole life robbing banks instead of working at an honest job, and has, prior to meeting Bibi, thought nothing about the fact that his machine-gun toting colleagues are not averse to killing police in cold blood. 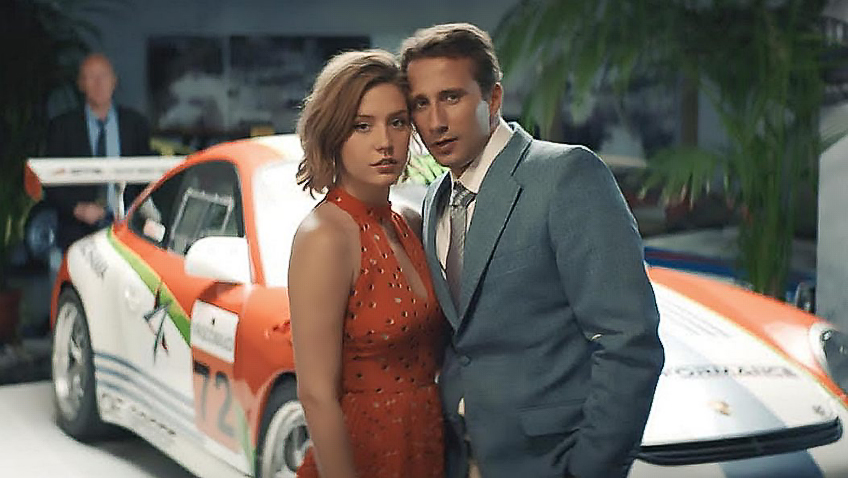 Matthias Schoenaerts and Adèle Exarchopoulos in Racer and the Jailbird

Nor is it easy to figure out what Bibi sees in Gigi when her life as a race car driver is hardly dull or in need of a little risk. He hasn’t read a book in his life, cannot converse about politics and has absolutely nothing in common with Bibi except that they both drive fast cars for a living. Their sex life is clearly great, but you wonder what they talk about all day. Nonetheless, love is blind and opposites attract, so we have to accept that Bibi does fall in love. She even wants a child with Gigi.

But when he is forced to go on that proverbial ‘one last job’, we know that Gigi’s not going to return a rich, free man and father of the year.

Apart from that we don’t know what is going to happen, but Roskam’s third act pulls a punch that no one could suspect. If the film is now less predictable, it is no more involving despite a melodramatic twist of fate that sets us up for an inevitable ending.