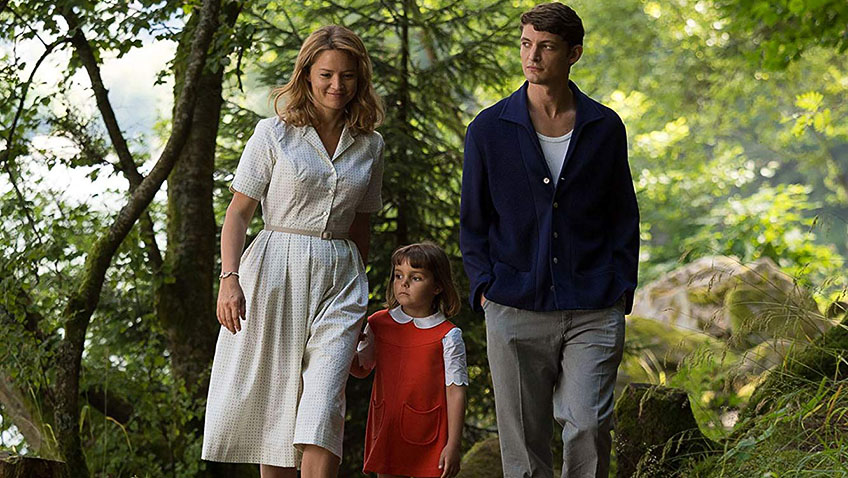 A remarkable and disturbing mother/daughter saga, based on true events

The title, An Impossible Love, and the continuous first-person narration are the only elements of Catherine Corsini’s (Summertime, Leaving) remarkable and thought-provoking film that are disappointing. But the misleading title is that of the 2015 autobiographical novel

by Christine Angot on which the film is based, and the narration is a necessary device for a story that covers nearly 60 years of a woman’s life. The woman is Angot’s mother, Rachel (Virginie Efira), who in the late 1950s in Châteauroux, a provincial town in central France, meets the love of her life, Philippe (Niels Schneider). 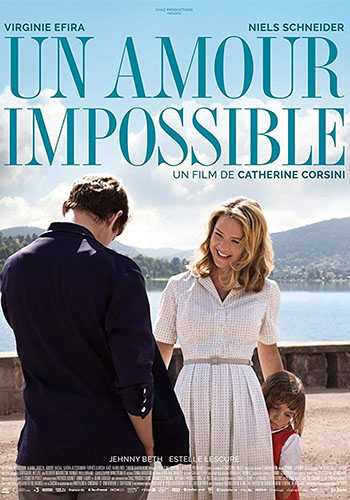 He is a wealthy graduate who is working as a translator at a US army base. She is a half-Jewish office clerk, but Philippe, who promises to introduce Rachel to Nietzsche, has no time for religion. While the conversation always seems natural, there are clues that foreshadow the couple’s future and shed light on the dashing and romantic intellectual who haunts Rachel’s life.

In one example of these clues, in a throwaway scene Philippe shows off his linguistic talents by analysing Rachel’s names. Her first and last names give her the gentleness of an ewe and the strength of a stone mason. This is a strength that she will need as Philippe gradually reveals his true colours over the course of a lifetime.

In another clue, he gives Rachel a copy of Nietzsche’s Thus Spake Zarathustra

and its continuum, Beyond Good and Evil

. Whether he is attempting to change her naïve outlook of the world, or whether it is a warning about the kind of amoral world that Philippe inhabits, or both is left for viewers to ponder with hindsight as they leave the cinema. Rachel remains awed by this man’s knowledge and flattered that he is interested in a humble typist.

Rachel does react – but says nothing – to an overtly anti-Semitic remark Philippe makes on their way to a romantic date. He is big on picnics by rivers and quite a lover, too. The sexual scenes are uncomfortably explicit to help us understand why Rachel’s infatuation with Philippe is so difficult to relinquish.

Over time they learn more about one another. She was engaged to a man named Wayne in a prim and proper relationship and he has a prison record that he makes her promise to keep secret. He was the driver in a hit and run but had a friend stand in for him in Algeria when military service was compulsive.

Philippe is a philosopher in his own right with his theories of love that, coupled with his confessions, seem to be testing the limits of any woman. Rachel takes it all in. And then one day at a fun fair, Philippe lands what you would think would be the final blow. He tells Rachel that he is not going to get married. He adds, ‘you’re demanding, Rachel’ with no irony, adding, ‘you make your presence felt’ as though that were a negative in a relationship. He nevertheless offers to help her find a place in Paris if she follows him there, reassuring a shocked Rachel that she would be free to marry while they continue their affair. 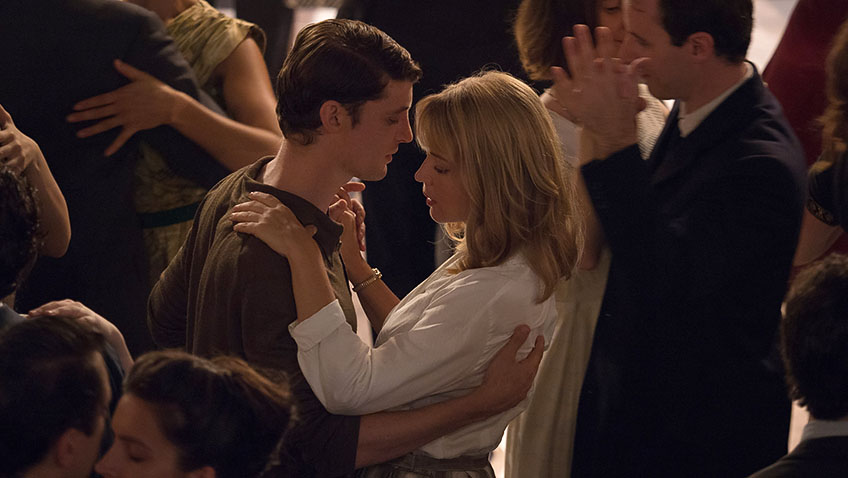 Virginie Efira and Niels Schneider in An Impossible Love

Rachel does not follow Philippe to Paris, but finds herself pregnant and decides to bring up her daughter alone. She only asks Philippe to recognise their daughter, Chantal, on her birth certificate. Chantal is played by two child actresses and two superb older actresses. Estelle Lescure is the teenage Chantal and Jehnny Beth is the adult Chantal – who ends up writing her mother’s story in order to make sense of her own. Rachel is played throughout the film by Efira who is aged convincingly. Efira, best known to UK audiences for her thankless role in the romcom Up for Love is excellent in a nuanced performance, imbuing Rachel with both gentleness and strength, without ever stepping out of character.

Rachel not only brings up Chantal without help from Philippe, but she progresses in her work, gradually moving to Rouen for a promotion, but always living in council flats. Unlike most films where single women work in glamorous jobs like publishing, advertising, or in art galleries, Rachel works in nondescript offices in provincial France and her promotions are not without the accompanying inter-office politics. 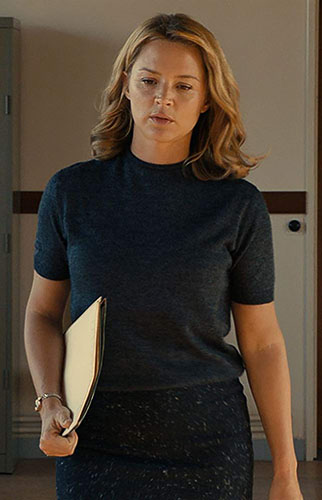 Virginie Efira in An Impossible Love

Rachel’s real struggle is not in her professional life, but in her quest to convince Philippe to recognise Chantal on her birth certificate. Philippe, who has the audacity to tell Rachel that this would compromise his recent marriage to a woman from a good family with whom he has a child of his own, gradually changes his mind after spending time with his teenage daughter.

Not only does Philippe finally agree to sign the birth certificate, but he suddenly tells Rachel that he wants to spend more time with Chantal. We see how she feeds his ego with her curiosity about his exotic life and desire to learn languages, travel and visit museums with her cultured father. But as the outings increase in frequency and length, a rift develops between the two women that leaves Rachel wounded.

It is years before Rachel (who, in a confusingly executed and hurried section, marries an older man) learns the origin of the rift. Apparently, as in real life, this is done in a devastating mother/daughter heart-to-heart. By this point Chantal has a daughter of her own but has tired of her supportive husband and leaves him.

Using a variety of editing techniques and the first-person narration to cover gaps and move the story along, An Impossible Love remains riveting, partly because the characters are so real and partly because of all that is left for the viewer to digest. You can almost imagine Ruth Rendell or Pedro Almodóvar (think, All About My Mother, Live Flesh and The Skin I Live In) tackling this subject and accentuating the dark currents and sensationalism. But it is the understated and realistic manner in which Corsini’s film evolves that convinces us that Rachel is really living through it, and that we are there with her.